This New ‘Stealth Key’ Is Nearly Impossible to Copy

On a scale of 1 to Joseph McCarthy, how paranoid are you?

Turns out the key to privacy is … a key.

The Stealth Key, new from the Swiss company UrbanAlps, is a 3D-printed key that’s being touted as nearly unforgeable. How? The titanium key’s teeth are hidden from view, tucked under a pair of narrow ledges.

OK, it’s not entirely unforgeable. “MacGyvers with special tools can certainly accomplish it,” company founder Alejandro Ojeda told Dezeen. “[But] with the Stealth Key, we raise again the bar of difficulty.”

As Ojeda sees it, keys have not only been compromised by the advent of 3D printing, but by the very fact that copying keys is getting easier. While some new technology (such as computer chips on keys) can thwart copies, it’s a prohibitive cost (think $700-$1000 extra).

The Stealth Key is more geared toward ex-tenants, ex-boy/girlfriends and former employees — people who wouldn’t necessarily break a window to break into your home.

The key will launch this year in Europe. Also available for pre-order: UrbanAlps’s Stealth Padlock, which features a shrouded shackle to avoid grinding and cutting and super alloy housing to resist liquid nitrogen attacks. 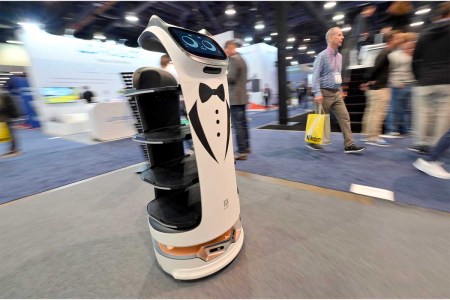