G’Head, Touch the Art. And by Art We Mean Metal.

Meet Seth Gould. He’s a smithy of the highest caliber.

One time on The Sopranos, Tony took Meadow to a cathedral.

Attempting to get his spoiled teenage daughter to appreciate the artistry of yesteryear’s laborers, he concludes, “Try getting me someone today who can grout your tub.”

Good news for Tony, and you:

There is at least one old-school craftsman still making metal objects (knives, locks, a freaking duck press) that you’ll not only love using, but also be proud to pass down to your progeny someday.

His name is Seth Gould, and he’s a metalsmith currently serving a three-year residency at Penland Institute high up in North Carolina’s Blue Ridge Mountains. Take a gander at the tools on his site: they’re mostly sold out, but if you have the means, hop on his waitlist. Your hobbies will thank you.

We sat down with Seth to discuss his process, which includes a lot of study, innovation and cleanliness. Good qualities in a craftsman, and not bad lessons for any optimistic gent peering headlong into the new year.

InsideHook: How did you get into metalworking?

Seth Gould: My uncle, dad and grandpa are mechanics. I grew up in that environment but was never very mechanically inclined, although I always ran a really tight, clean shop. That’s why they’ve gotten all these awards for cleanest shop around. I never really saw any of that in myself until I started metalsmithing; I get comments all the time that I have a very clean blacksmithing shop. It’s inherent in the [objects I make]: the material is such that it can be very structured, very clean and crisp. I think that kind of shows. It’s more than just the product, it’s how it’s made and the environment it’s made in.

IH: Where do you draw inspiration from?

SG: I don’t look at historical work and try and reproduce it. It’s simply an influence, but I definitely am looking to the ways that [older generations] may have been working. After college, I traveled for a few weeks and ended up at this museum called Les Secq des Tournelles in France. It’s an all-ironwork museum, housing one guy’s collection of mostly utilitarian objects, and an enormous amount of locks and keys. Although I didn’t know how they were made at the time, I did recognize the accuracy that I love in fine metalwork, but made of iron. Up to that point, ironwork was just gates and railings and things like that, so seeing that was definitely a big eye-opener for me. I have a catalog of that work on my bench, and I still look at it on almost a daily basis for influence in design and structure.

IH: With lockmaking, a lot of it seems kind of like a puzzle. Are you using a traditional style or are these more modern pieces, in terms of mechanics?

SG: Most of the lockwork that interests me is from the 17th, 18th and 19th century. People don’t make that anymore because technology has surpassed it. Peter Ross, here in North Carolina, was the master smith at Colonial Williamsburg for about 25 years. He was the head of the shop, and he’s an incredible blacksmith, and is probably the foremost expert on colonial ironwork in the country. I had an opportunity to work with him for a few months, and he’s the one who taught me. He makes English-style locks and colonial-style locks, so I made this English three-bolt door lock with him for my first lock. That taught me the language, both the visual and the physical, and the skills, which was the jumping-off point to be able to look at other locks and start dissecting things from the 17th or 18th century. I’ve been able to look at those things and extrapolate. Like I said, I don’t know exactly how they’ve been made, but there are certain things that make sense and others you really have to speculate about. This summer I made my first actual puzzle lock, and I’d never handled a puzzle lock. There is a history, a format. I decided to try my hand at it, and that was completely kind of spit-balling, doing what I thought would work here and there … a lot of invention. 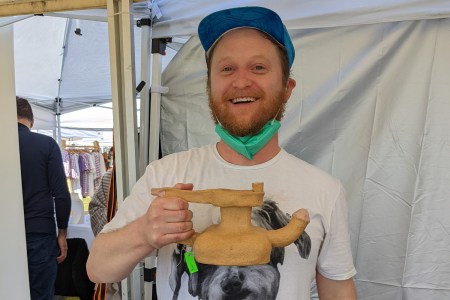 Luke Allen Is the Bay Area King of Stoner Ceramics 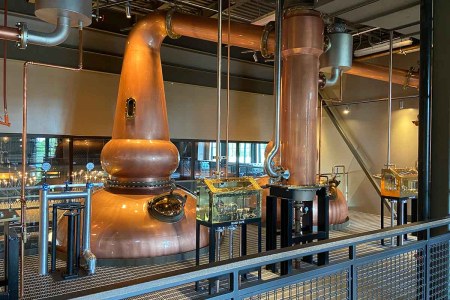 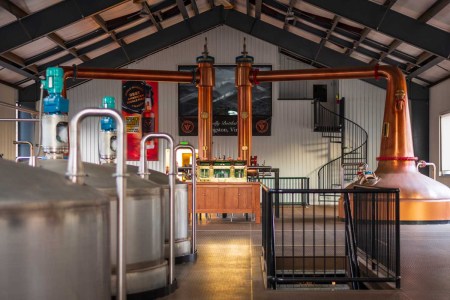