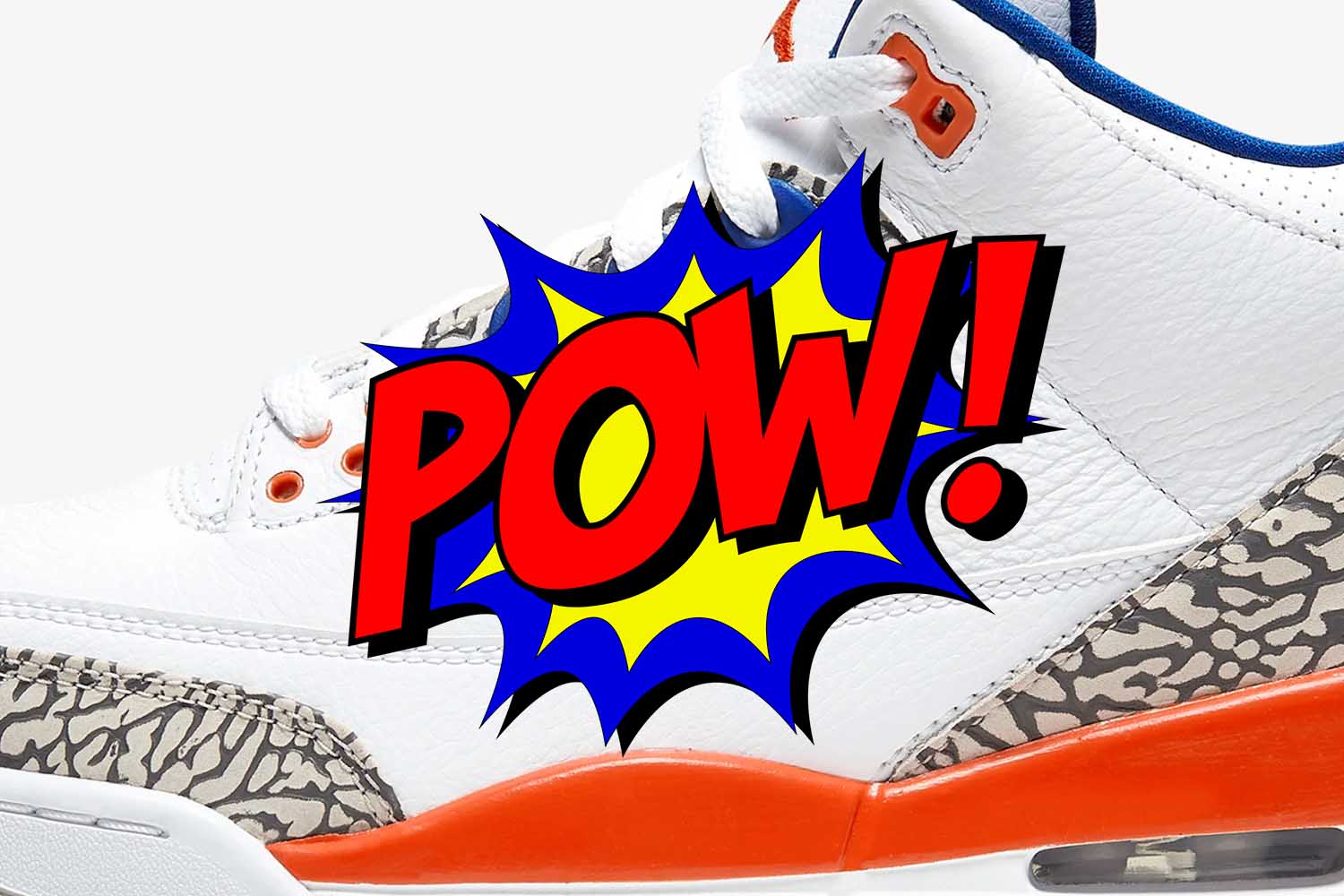 Each week, our inbox runneth over with news of gear, apparel and tech releases from around the world. In this feature, we’ll parse through the best of them. Today: a hard cold brew coffee, a dresser that will clean your clothes and Air Jordans only a Knicks fan could love.

Corridor’s first drop of their Fall/Winter ’19 line hit this week, and it’s a doozy. Work shirts, beanies, Highland wool crewneck sweaters, overshirts, slub cotton pants and more, all of it hard-wearing and beautifully tailored but super casual at the same time.

Part of the “Rivals” pack being released by the brand this year, this blue and orange version of the highly vaunted Jordan III is in honor of the New York Knicks, who of course never won jack shit against anyone, let alone the Bulls and MJ but, uh, they tried real hard. For a long-suffering Knicks fan who also happens to be a Mets fan and a bit of a Jordan freak, this is a big fucking deal.

Hard seltzer season is over, and it seems the next beverage to get spiked is the cold brew. Coffee roaster La Colombe has announced two flavors of hard cold brew, black and vanilla, with 4.2% ABV. Made with medium roasted Colombian and Brazilian coffee beans that have been cold-pressed overnight and filtered to create a smooth, boozy taste that we’re unsure how your body will react to.

The folks at Faribault Woolen Mill Co. have taken it upon themselves to turn one of their most iconic blankets into a sartorially acceptable garment: the Tellason Clampdown Work Shirt. As the name suggests, it’s a collaboration between the Minnesota institution and the American denim purveyor. On the inside, you’ll find Tellason’s selvedge denim serving as structural lining, but the bulk of the cold-weather layer is made from the same recycled wool as Faribault’s timeless Utility blankets.

The regular Timex Marlin with the black dial and the black leather strap was a perfectly tasteful, retro-leaning dress watch — a perfect option for anyone looking to class up their collection for a super low price. But this new version with a bronze case, a dark green dial and a brown strap? Good god, it’s nice. And of course it’s a Todd Snyder collab.

Combat boots, but make it fashion. FEIT’s latest drop combines a chunky, hiking-friendly silhouette with metal-plated toes and heels, a welcome departure from their typically spartan, minimal designs. Only 30 pairs are available.

The Leatherman Charge has been something of a gold standard in the world of EDC, offering 19 super-handy tools in a handsome, compact package. This version gets the addition of G10 scales on the handle for an excellent grip and some hella good looks. The main blade is also forged from S30V steel, which is super durable and corrosion-resistant.

Levi’s and Outerknown, Kelly Slater’s sustainable surf brand, just released the latest collection in their long-standing collaboration, which includes a trucker jacket, Western shirts, pocket tees and a new pair of jeans. While that sounds (and even looks) like traditional autumnal fare, previous collaborations have produced 100% recyclable clothes and industry-leading sustainable production, and that mission is continued here.

Beosound 1 with The Google Assistant

If there’s a brand that can appeal equally to design dorks and audio dorks alike, it’s Bang & Olufsen. And if there’s a Bang & Olufsen product that’s tailor-made for these times, it’s the Beosound, a sleek, portable speaker that looks like no other and delivers some seriously impressive 360-degree sound. And now it comes with Google Assistant, so it’ll also tell you the weather or whatever.

The future is here and it’s cleaning our clothes. Samsung has released the AirDresser — a smart dresser that will clean and freshen clothes in four ways: Airing, steaming, drying, and purifying. Beyond the actual function of cleaning, Samsung designed the AirDresser to fit within your personal style. It’s a slim closet, with three hangers that allow clothes to be cleaned inside and outside. Then air and steam are sprayed from the top and bottom to get rid of dust and odor. How much will the cleaning robot cost you? Around $1,550 — which isn’t a terrible price to pay to never have to go to the dry cleaners again.