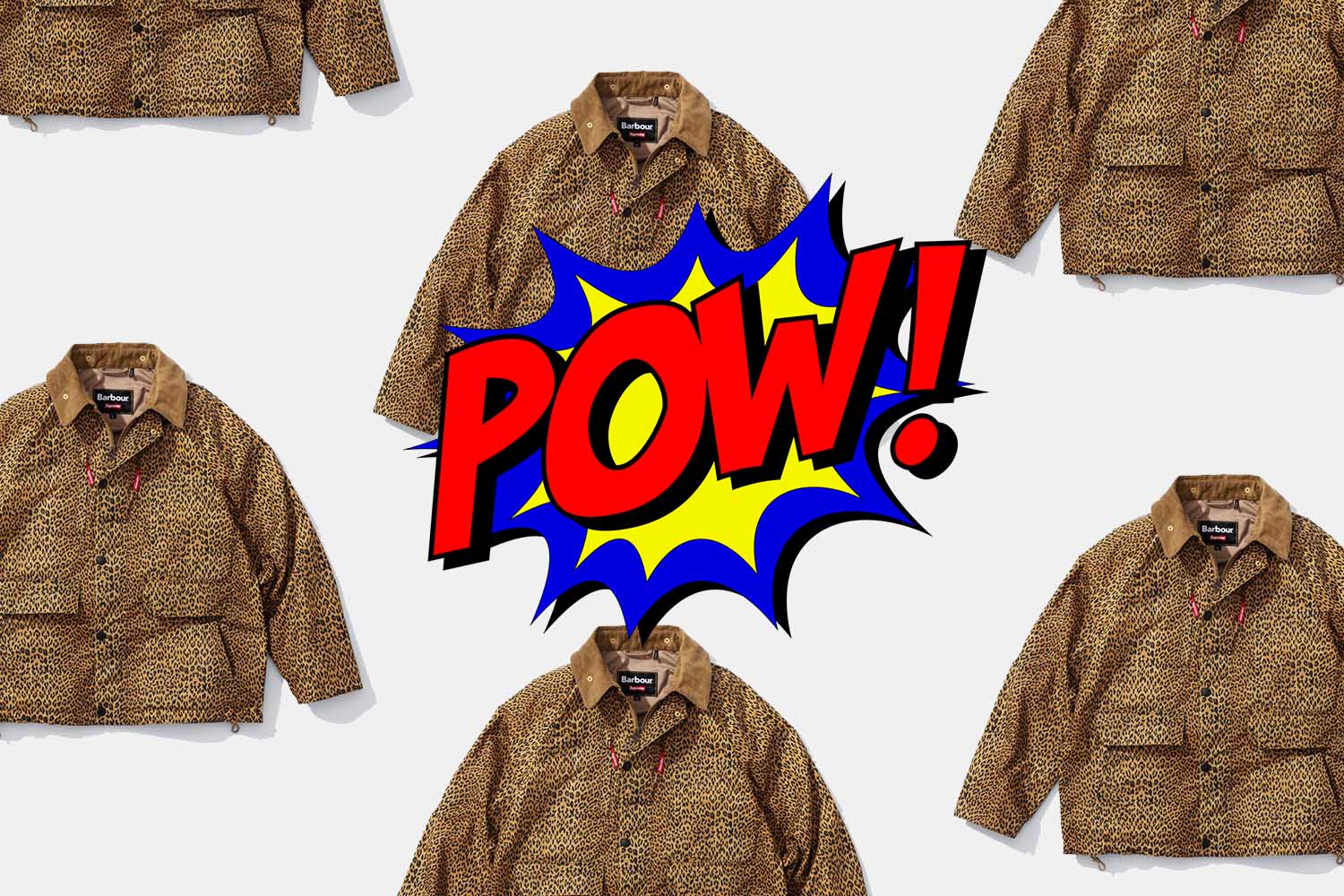 Each week, our inbox runneth over with news of gear, apparel and tech releases from around the world. In this feature, we’ll parse through the best of them. Today: Dr. Fauci-themed beer, a Supreme x Barbour collection and a device to dry-age your own meat.

Ah, Dr. Fauci, you are the best medicine in a time of quarantine and misinformation. A toast to you, my friend — and that toast (if I were quarantined in Georgia) would come via Wild Heaven Brewery, which just launched a line of Fauci-themed (Fauci Spring) and general Covid-19 themed (Tropical Staycation, Don’t Stand So Close to Me) brews, available for contact-less pickup.

Yeti has become the king of coolers in recent years, but the price they pay for charging an arm and a leg for overbuilt ice buckets is that customers aren’t afraid to say what’s wrong with their designs. Thankfully, Yeti takes that criticism back to the drawing board, and the Roadie 24 is the latest upgraded model in their line. It’s the most portable hard cooler they have, and now it’s 10% lighter, 20% bigger and 30% more insulated than the original.

What seems to be a full-blown birthday month celebration, Nike is continuing its 30th-anniversary celebrations with a multitude of makeups of its iconic Air Max 90, this time in a “Diffused Blue.” The Tinker-Hatfield designed silhouette boasts a surprisingly cohesive mixture of blue linens and suedes. The shoe also includes spongey cork insoles inscribed with a black “Just Do it” and a Space Hippie spotted outsole for an extra bit of flare. Unfortunately, they’ve since sold out at Japanese retailers like mita where they were originally released for $122, but keep your eyes peeled on US stockists in the coming weeks.

It was only a matter of time before the first name in streetwear came for the first name in waxed jackets. As such, every piece, from the classic cap to the fanny pack to the bucket hat to the Bedale-inspired field jacket, is done up in the British heritage brand’s classic waxed cotton. But you better hurry — this will probably be your only chance to order a Barbour in leopard print.

If you want the latest and greatest gear, Sonos just launched preorders for three new or updated products. First there’s Arc, a new soundbar that takes the place of the old Playbar (but not Beam). Featuring support for Dolby Atmos and an impressive amount of bass — along with a cool-looking curved design meant to reflect light in a more pleasing manner. It’s also a much longer soundbar than the Beam, to coincide with the consumer move to larger screens. Sonos also just launched Sonos Sub (Gen 3) and Sonos Five, updates to their wireless subwoofers and smart speakers — they look the same, but the internals are all new. As usual, all this gear plays nicely together and takes just minutes to set up.

Everlane’s lightest oxford shirt has gotten a bit of a technological upgrade. The brand developed an extra-light pinpoint Oxford cloth which is tightly woven from a finer gauge of yarn, making it super light but just as durable as their Japanese Oxford. The shirt also includes 2-way stretch, sweat-wicking, quick-drying and anti-microbial properties. Sounds like the ideal summer long sleeve.

Made In Mother’s Day Collection for Cystic Fibrosis Awareness

Right away after the coronavirus outbreak began sweeping the country, cookware outfit Made In was one of the companies eager to help out, donating a percentage of proceeds to support the Southern Smoke Foundation. But their charitable efforts aren’t only tied to the current pandemic: with the new Mother’s Day collection, which features two knives as well as nonstick pans in a limited-edition iridescent purple, they’re donating 15 percent of sales to the Cystic Fibrosis Foundation. We’re big fans of their direct-to-consumer kitchen accoutrement, as we’ve noted before.

You’ll remember Italic as the brand that uses the same factories as luxury labels to make similar products, such as weekender bags at Tumi and Longchamp’s digs, but offers them at much lower prices. They’re moving outside that zone a bit with a new line of 100% recycled T-shirts, crewneck sweatshirts and sweatpants. They’re not made in a specific competitor’s factory, but to make up for that, they’re impeccably styled, eco-friendly and made Stateside in Los Angeles.

You’re not going anywhere. In lieu of steakhouse delivery (is that even a thing?), might as well dry-age your own meat. This modest-sized device, now up for preorder on Indiegogo, allows you to age up to 100 lbs of meat in only 3 sq feet of space. It’s fully automated, too, which is a good idea, because you really don’t want to be stuck with rotting beef in your house.