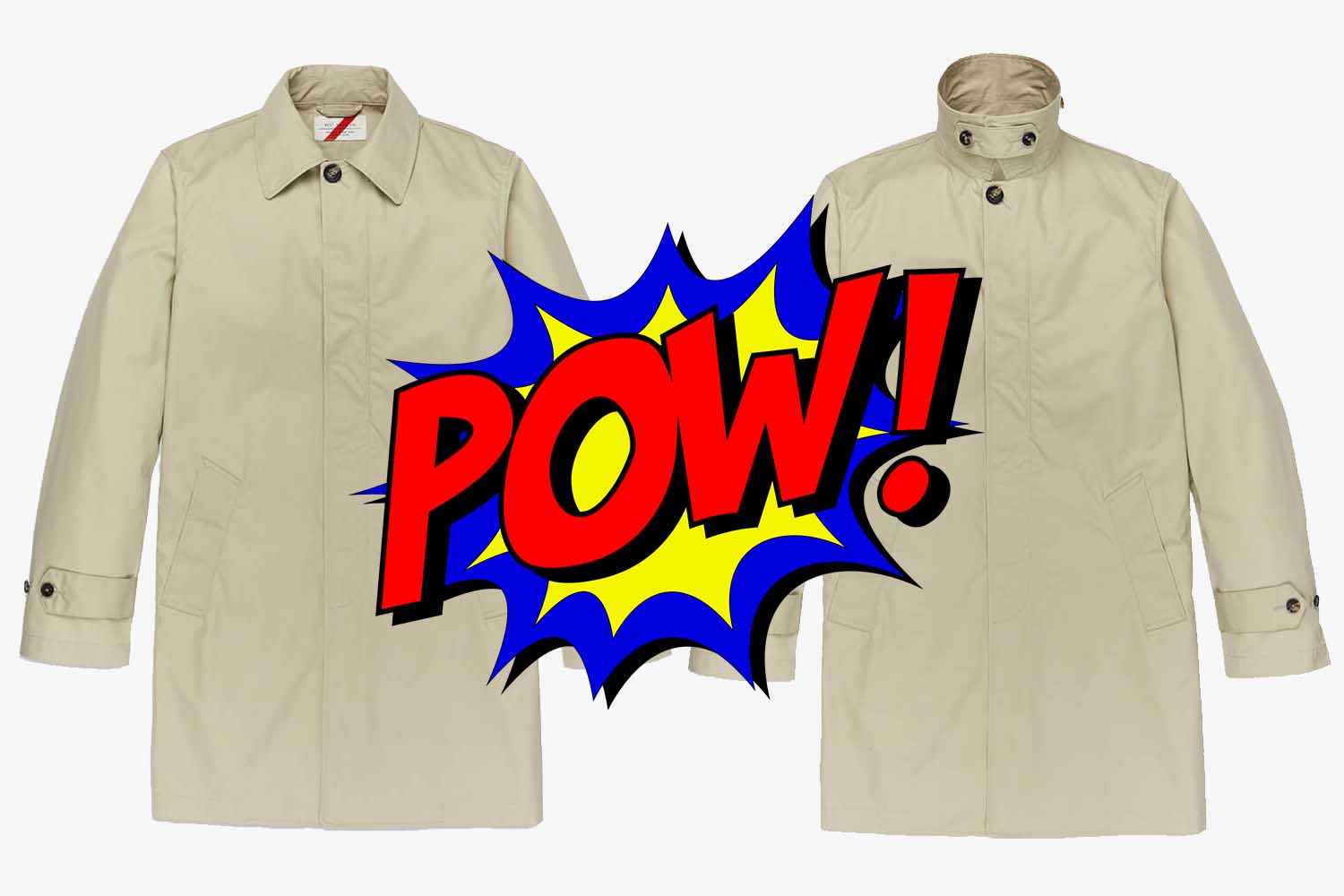 Each week, our inbox runneth over with news of gear, apparel and tech releases from around the world. In this feature, we’ll parse through the best of them. Today: Evil Twin’s marshmallowy hard seltzer, Best Made’s take on the Mac Coat and a Thom Browne flip phone.

It’s a hard seltzer world now. And while we enjoy those lo-cal fizzy tipples, the height of ingenuity from spiked seltzer brands seems to stop around “cucumber lime.” But New York’s Evil Twin Brewing got daring with the category, releasing a “pastry seltzer” made with marshmallows, lime and white grapefruit (plus a “just marshmallow” version). As one Instagram commenter noted, “Your brewers were so preoccupied with whether they could, they didn’t stop to think if they should.”

Best Made just released their take on the classic Mac Coat, aka the Humphrey Bogart of raincoats. Best Made designed their Mac with a densely woven Japanese “weathercloth” for ultimate breathability, water resistibility and three-season wearability. Bogart would be jealous.

Like the first Q Timex and its sibling the Falcon Eye, Timex’s latest watch drop, the M79, is explicitly drawing from their ‘70s archive (and is also likely to sell out quickly). Also like the former, it’s emulating Rolex. Here, instead of the red and blue “Pepsi” bezel, it’s riffing on the less iconic but no less coveted black and blue “Batman” bezel. The biggest change, however, is that instead of the quartz movement of those two Q Timex models, the M79 adds a more refined 21-jewel automatic movement. There aren’t any complications to write home about, but if you weren’t convinced enough by the previous designs to buy a quartz watch, this should do the trick.

Mission Workshop took their classic hoodie silhouette and threw the Polartec Wind Pro Hardface fleece on it, arguably the toughest fabric on the market right now. You wind up with a lightweight zip that outperforms all your other fleece fabrics in the wind-resistance, breathability and stretch departments. Not to mention, it simply looks incredibly sleek.

The flip phone is (finally) making a comeback, and the latest iteration of the most popular phone of the early aughts comes from designer Thom Browne, in collaboration with Samsung. The phone features Browne’s iconic red, white and blue striped design (that also adorns all this clothing) so people will know you’re carrying a designer phone. Plus, you’re not just getting a phone — you’re also getting Galaxy Watch Active2 and Galaxy Buds+, all accented with the Browne stripes. Is there anything as satisfying as angrily slamming shut a flip phone?

A hoodie named after everyone’s favorite spinach chomping sailor. This pullover hoodie from Filson not only features an image decal of Popeye, but the pullover’s construction was inspired by the burly cartoon character, made with an equally burly fleece. It’s sure to keep you toasty while you tear open a can of greens and lift some very heavyweights.

It’s hard to find a Scotch older than me, so I appreicate The Dalmore putting out a 51-year expression, even if it’s retailing for over $70,000. Only 51 decanters of this limited-edition release were created; the hooch sits ia crystal decanter presented within a hand-crafted coffret case. As for taste? Haven’t tried it yet — though we did sip a 50-year a litle while back — but this whisky’s aged in ex-bourbon casks before being apportioned between Port Colheita 1938, Matusalem sherry and first-fill bourbon casks.

Oakley is taking us back to 1984 with a classic model of the Sutro Eyeshade upgraded with some 2020 tech specifications. But we’ll forgo all the boring details and just say this: these are some dope-ass shades.

Drugs, Death and Globetrotting With the Modern-Day Kerouac

A conversation with Rob Doyle about his new novel, "Threshold"