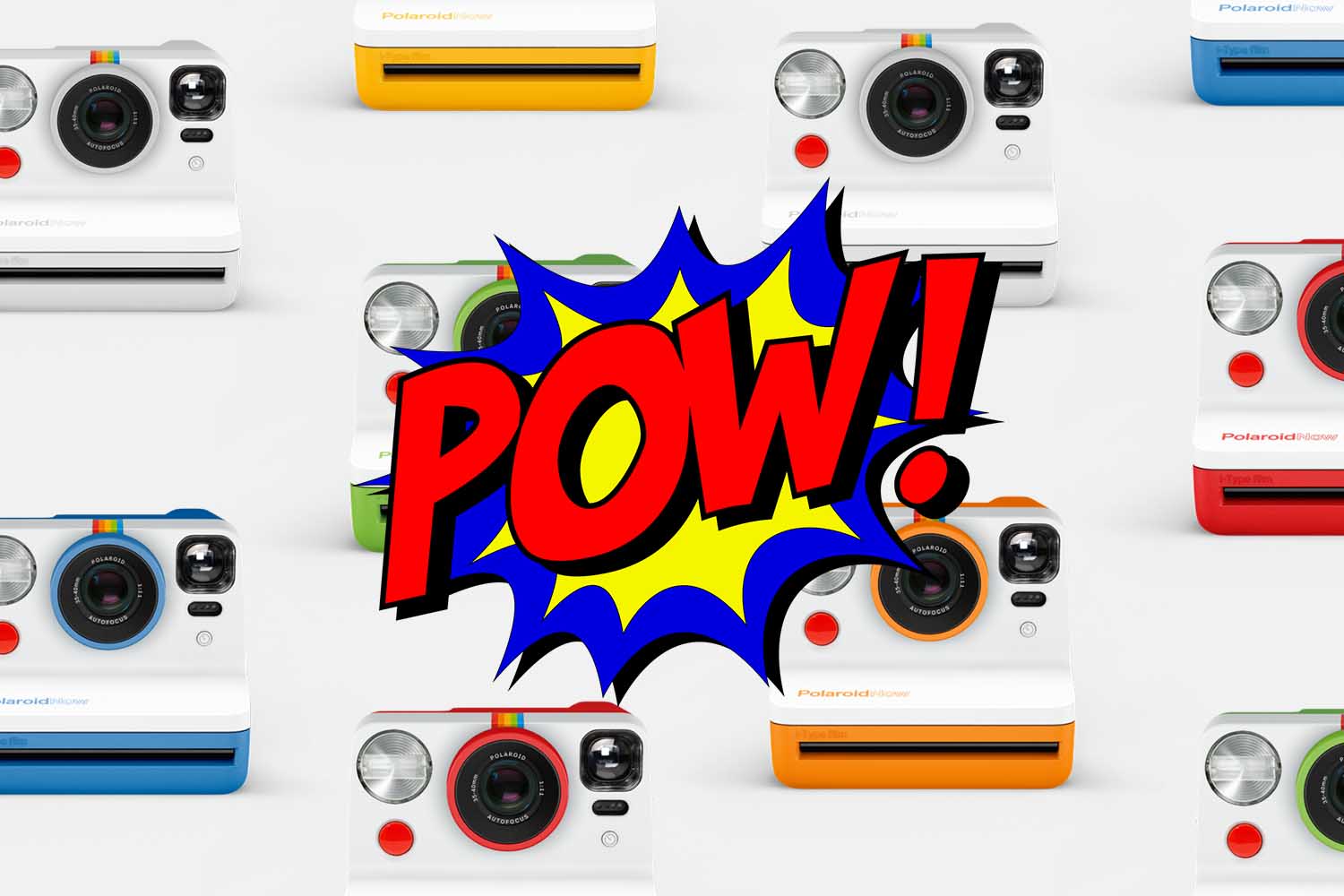 Each week, our inbox runneth over with news of gear, apparel and tech releases from around the world. In this feature, we’ll parse through the best of them. Today: a hand sanitizer that’ll keep us safe and sane, a user-friendly Polaroid and New Balances inspired by the man behind the apple.

With this handsome T-shirt, Brooklyn’s coolest bookstore — and that’s saying something — is spreading the good word of staying inside and reading books during the coronavirus pandemic. Like all the companies from last week’s POW, they’re putting their money where theirs mouths are. Half the proceeds will go to the Book Industry Charitable Foundation, and half will go directly to the store’s booksellers.

To get you through the pandemic. Body and mind.

For the latest iteration of the adidas Americana Low style, the brand’s familiar three stripes have been replaced with simple lettering on the side. The sneaker still retains its original silhouette and remains reminiscent of the ‘70s era in which it was born, but with an overall cleaner look. People night recognize it as an Adidas shoe at first glance, but that’s what makes it so appealing.

Designer Marc Newson’s cult watch brand Ikepod was relaunched on Kickstarter in 2017 after being effectively defunct for five years. The first re-releases all featured quartz movements, so if you dug the design but not the heart, the new team has revealed the Megapod, an automatic version. It’s raising money on Kickstarter as well, but if you get in first, they’ve got a limited number that will be ready to ship as early as June.

With its sweat-wicking TransDRY technology, this 100% cotton rugby shirt from Mack Weldon will keep you comfy and about two degrees cooler than all the other shirts.

These gorgeous wooden black and brown striped over-ear headphones from ATH-AWKT are fashioned from the rare Japenese hardwood Kokutan that’s been long used to make instruments and pianos. The dense wood suppresses unwanted resonance to produce a clear, natural sound.

424 has taken some heavy inspo from cult-classic film American Psycho in their latest SS20 collection and it’s low-key terrifying. The line stars some double-breasted work shirts, bleached shirts and pants as well as a long topcoat with an illustration of a killer coming after a woman with a chainsaw on the back and tees with the word “insane” on them. Ya know, in case you really wanna freak people out.

You’re on your own now, my quarantined cowboy friend. And you’ll either need a lot of power to keep your devices and small appliances powered up … or you’ll need an emergency backup/portable generator when the world goes Mad Max. Or, you know, a battery for camping! Anyway, the 500X is a bit slimmer than its predecessor, while still featuring four different port options (including AC, 12V, and 60W USB-C PD) and an option to recharge via solar panels.

The latest iPad release from Apple comes at the perfect time since we’re all doing nothing but scorching our retinas. The 11-inch Pro features an edge-to-edge Liquid Retina display, new pro cameras — Wide and new Ultra Wide — along with a new LiDAR Scanner that’ll bring an entirely new immersive experience to the augmented reality games you might be playing tenfold.

Various instant camera companies have attempted to usher in a film photography renaissance, especially among younger people who seem open to it, but poor design, high prices and disappointingly small photos have all been a problem. Polaroid Now seems to have solved those problems. The new camera is user-friendly (there’s autofocus, variable flash, a self-timer, and it’s rechargeable) while keeping the big square film everyone loves.