What Is This, an iPhone for Aliens?!

Around the time of the new iPhone release, we asserted that Silicon Valley had achieved peak smartphone: the only big changes in the future would be on the software end, and more related to improved camera options than calling or texting features.

Turns out I was wrong. French designers Philippe Starck and Jerome Olivet just unveiled Alo, a new smartphone concept that looks like an iPhone reinterpreted by the aliens in Arrival.

Molded out of an aluminum alloy and covered with a “gelatinous, supple and natural envelope” that can heal itself, the Alo uses speech recognition and artificial intelligence to learn more about its user over time. It works entirely through voice commands and gives haptic feedback via heat and vibration.

“Where’s the screen?” you ask. Not on the phone itself: All features and images are projected 3D holograms. The shape of the phone was designed to naturally fit a user’s hand, which is great. The not-so-great? Relying on voice commands leads to some major privacy concerns.

Still, as a pure concept, the Alo does prove one thing: there’s still a chance for a wow factor in smartphones. Apple, you listening? 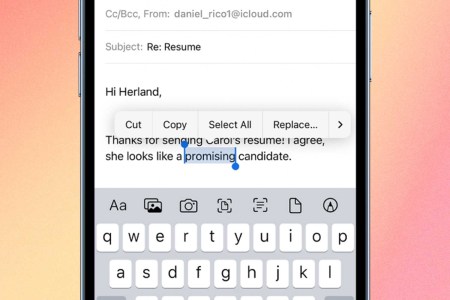