Review: We Assembled a Top-Notch Head-to-Toe Running Kit From an Unlikely Source

Featuring gear from Fourlaps, Hill City, On and Proof 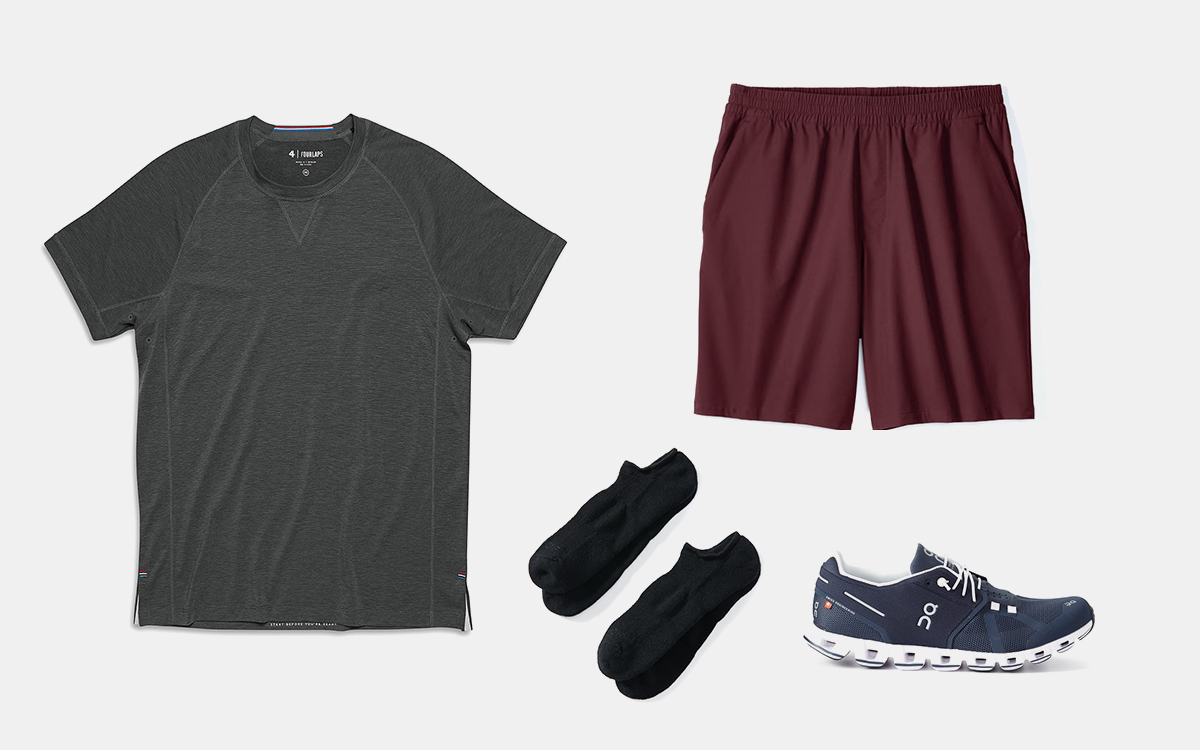 We’ve written quite a bit on running lately, covering everything from the rise of dynamic stretching, to podcasts well-suited for long runs, to the curious benefits of running barefoot on concrete. There’s no big mystery why — InsideHook editors are running more lately, just as the country’s been running more (in Boston, in Chicago, everywhere). Left foot, right foot, repeat, has become a welcome daily refrain during a wearily uncertain time. Personally, this is the most consistent running routine I’ve had in nearly a decade.

Suiting up properly for that routine has been tricky, though. Many of us just tossed some clothes in a duffel bag and headed to stay with friends or family sometime in mid-March, oblivious to how long the national lockdown would extend. It’s been enough of a challenge not wearing the same outfit three times a week, let alone logging miles in a performance appropriate running kit. Many others, even with access to the full “athletic drawer” have hobbled home chafing, overheating, or wondering how people run with their keys.

To that end, we recently decided to introduce our new running beat, to another time-honored, InsideHook classic: Huckberry. Our favorite shop doesn’t just deal in shackets, National Park candles and swim trunks (though, damnit, they do all of that really well). From its perch in San Francisco, Huckberry’s also made some strong connections with brands in the running sphere over the years, like Fourlaps, Hill City and On, to name a few, and launched labels like Proof, which proffers activewear ideally suited for long, sweaty miles.

Below, find a full running kit, built entirely through Huckberry, featuring those four brands. If you’re having trouble finding a specific size, looking for a different color, or find yourself developing intense brand loyalty overnight for one of the labels, head to the corresponding page on Huckberry and peruse their full offerings. Hill City, for instance also makes shirts. On Running also makes shorts. And so on. The four below are just what we tested out the last few weeks.

Fourlaps launched back in 2016, and is based out of New York City (which is less common than you’d think for brands in the running sphere). We’ve been fans of their best-selling Bolt Short for a while — last year, our Editor in Chief called them “the best athletic short with a built-in liner you will ever find” — but for this go-around, we decided to see if the label’s premier tee could keep up. It passed, big time. Fourlaps designs its products with four-way stretch, which isn’t just a fancy marketing term; when you’re running in this shirt, it commands full range of motion and cooperates with your strides. I also appreciated the no-stink antimicrobial properties, and thoughtful detailing like the red, white and blue stripes on the back collar and side vents, or the reflective logo on the back for visibility when running on poorly-lit roads. A bonus: Fourlaps is committed to 100% sustainability by 2024, and this shirt sources post-consumer recycled polyester.

This SF-based brand is under the Gap Inc. umbrella, and was founded relatively recently, in late 2018, by a former MLS player named Noah Palmer. Hill City makes all sorts of running-appropriate activewear (they’ve really nailed half-zips) and we tested out their multi-purpose nylon shorts. They’re an 8″ inseam, and do not feature a liner, but I actually decided those qualities made them a smart entry-level short, for beginning runners not too keen to immediately start wearing trunks super high on the thigh. I generally wore these with the same pair of compression shorts I’d wear to the gym. Anyway: these are pretty indestructible. I went the wrong way down a trail the other day and they literally shrugged off a thorn. A post-run soy sauce incident also left zero stains. They stay in place, thanks an elastic waistband, and multiple zippered pockets are appreciated. Ten.

A collaboration between multiple-time Ironman winner Oliver Bernhard and a room full of Swiss engineers, On Running began with a running shoe that was scientifically proven to lower blood lactate levels in runners. It’s been a successful run ever since. Roger Federer even got on board recently, though it’s unclear how involved he’s been aside from a run through Central Park in the shoes last fall. The Cloud is On’s flagship runner, and best-seller, but not the brand at its most technical, or cushioned — which a lot of runners are looking for these days. The Cloudswift and Cloudsurfer both offer a springier, more responsive run (though for more dollars). That said, I’ve enjoyed the OG Cloud for casual run days. The specs are still top-notch, they’re super light, and the speed-lace system allows you to easily slip them on. Don’t rely on them for mile trials, and be careful on rainy days (I found them a bit slippery on wet roads) but for calm, well-paced four-milers … bingo.

Proof is an in-house Huckberry brand, commonly known for making tees with Global Merino, a leading textile manufacturer that sources its merino wool from three sustainable farms in New Zealand. They weave that merino wool with a little nylon, and the shirts stay uncommonly crisp and odorless for days at a time, which Huckberry likes to test out on all sorts of crazy trips to Iceland and Mexico City. For my travails on the road, I was eager to see how the brand’s tech performed in a pair of socks. New runners can’t afford to wear socks that slide around in the sneaker, or have trouble handling sweat. That’s a fast-track to blisterville, which I re-learned the hard way, last month. I’m happy to report that Proof’s socks, despite their plain appearance, have helped ease my road to recovery. They regulate temperature quite well, and don’t stick, which makes it hard to remember to wash them. When I do remember, though, they thankfully don’t shrink — the nylon helps them keep their shape. A two-pack isn’t cheap, but you’ll wear them a couple times a week for a while. 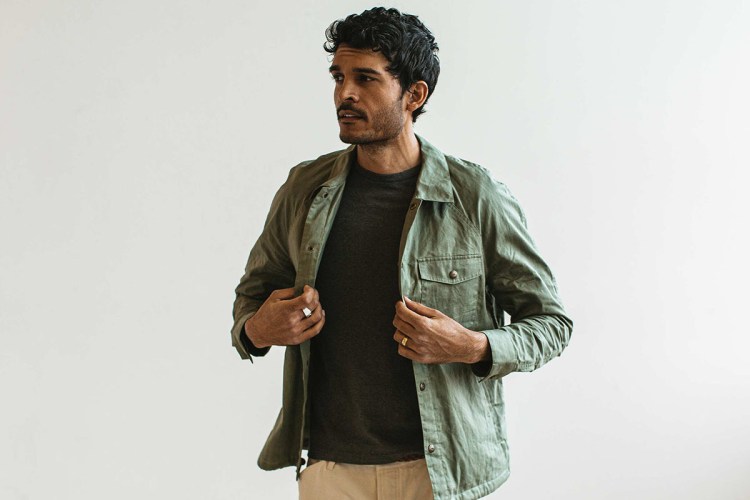 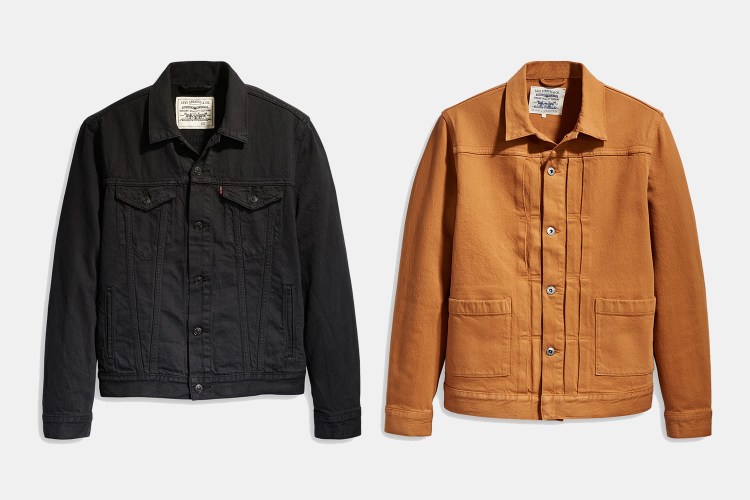 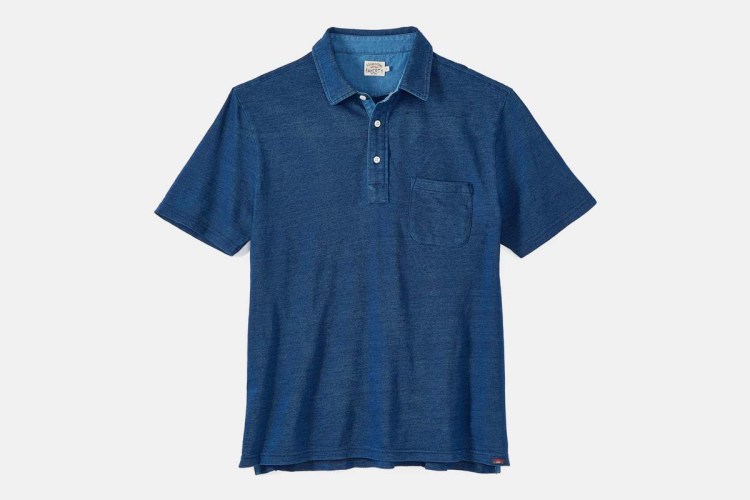 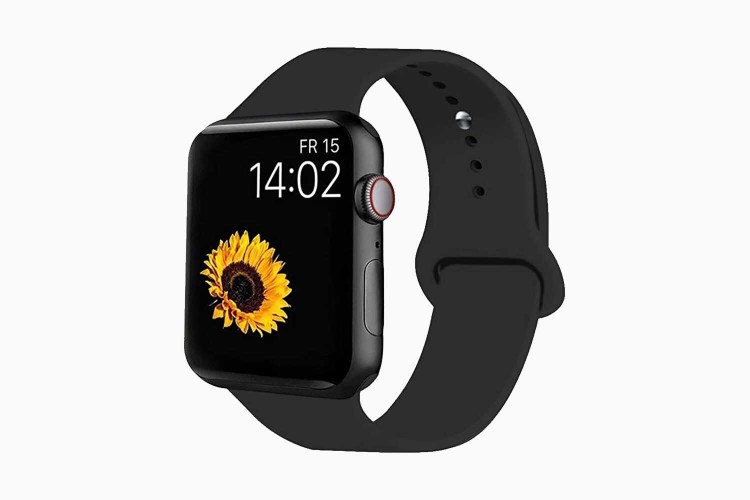