Forget Robots. This Tablet on Wheels Is the AI Assistant You Need.

Robots — not China or Mexico — will probably by the responsible party when all of our jobs become obsolete. But according to Yossi Wolf, CEO of Roboteam, domestic robots (think Rosie on The Jetsons) still have a long way to go.

And he would know.

Wolf’s company specializes in designing robots for the military, like the bomb-defusing gizmoids you’ve likely seen in The Hurt Locker or Short Circuit. But their newest project is a roving e-tablet for homes and offices called Temi. 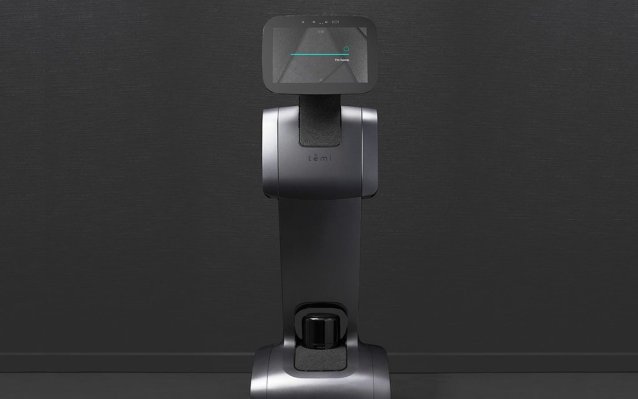 Temi stands three feet tall and conveys a screen on a platform. When you speak, it rolls your way, displaying your words as text on its screen. Out of the box, the device enables video chatting, video streaming and dictation. But it’s built on the developer-friendly Android platform, so eventually, DIY engineers and developers will be able to build additional software for it as they please.

And the fact that it looks more like a tablet and less like a robot is intentional. As Wolf told Wired, “We tried hard not to provide Temi a face. Many of the robots … try to be companions, friends, eyes, and hands, and whatever. And I don’t believe the technology is mature enough to replace humans.”

Temi is set to launch this fall, with a expected price tag of around $1,500.