The Solution to Crappy WiFi, in 20 Seconds 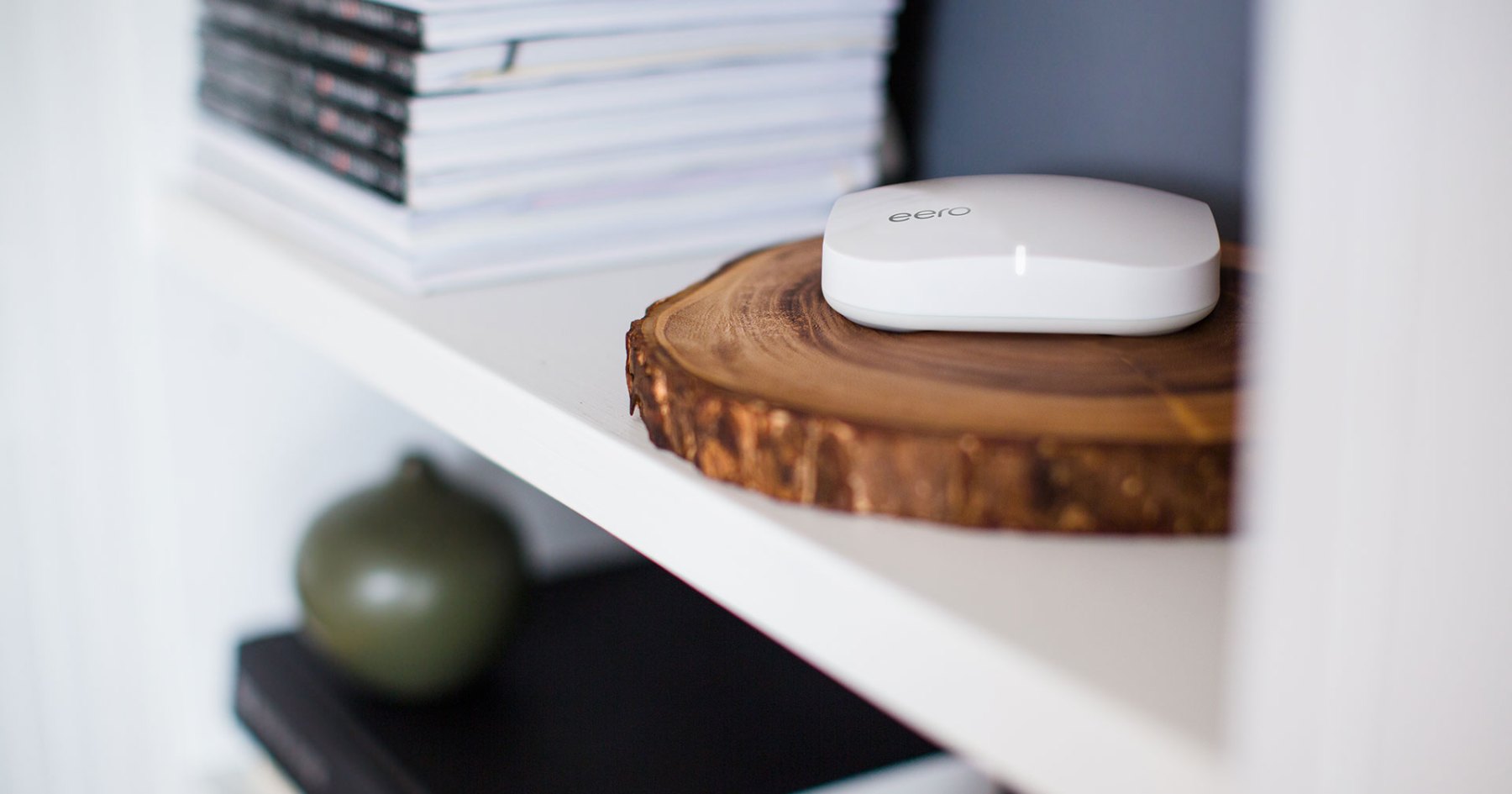 It’s been a busy three months for eero since we first reported on the tech firm’s versatile home Wi-Fi system.

The company has inked a deal with Best Buy — it’ll be launching in stores nationwide this summer and on BestBuy.com next week — and it’s raised a little cash during growth round funding.

The company will use the money to grow its team, expand distribution and continue to provide top-notch customer service. “With this round of funding from leading investors, eero is well-positioned to provide a strong foundation for the connected home on an even larger scale,” says eero CEO Nick Weaver.

First question in a new place: “What’s the WiFi situation?”

First concern in a new place: “There’s a WiFi situation.”

But reliable, hassle-free, secure Internet-ing is a pipe dream no more.

Meet eero, the first wireless router that covers every square foot of your home equally — and takes you less time to set up than it did to read this article.

Plug in, tap a few buttons on your phone, and you’re connected.

A Bay Area startup that launched in 2014 and already has $2.5 million in preorders (it officially goes on sale to the masses this week), eero promises to bring “the first mesh network to the consumer market.” 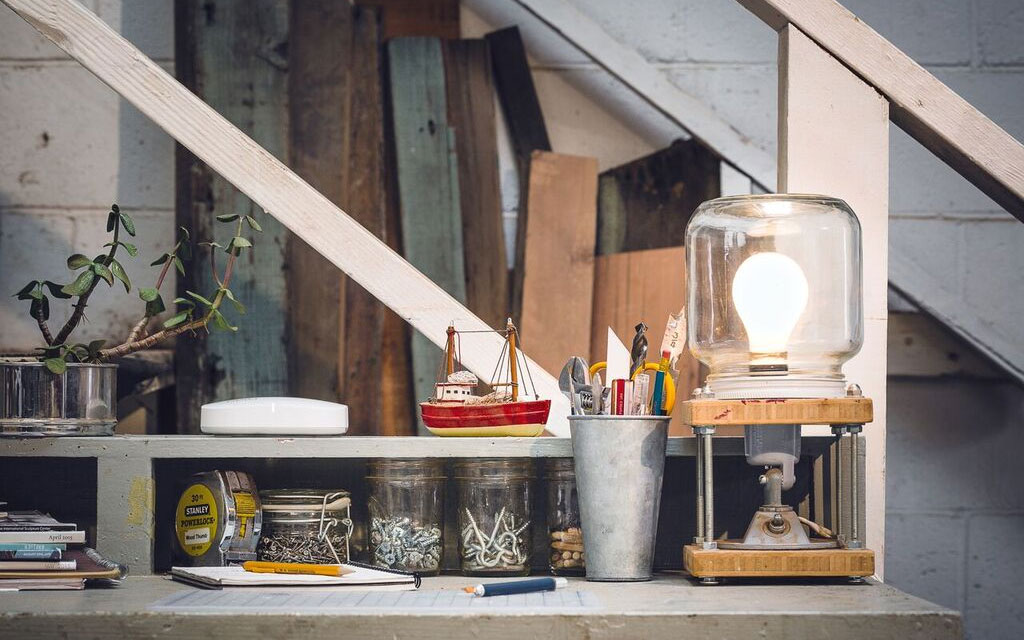 What this means: plug-and-play Internet that covers your whole house. No dead spots, no network engineers required.

The device, which comes in a set of one or three routers, certainly looks simple. Instead of a nine-antenna Transformers castaway, eero’s small white box looks something like a slicker take on the Apple Airport Express (kudos for the slim profile go to to former Nest Thermostat designer Fred Bould).

So you’ll happily want these front and center in your house — which, conveniently, is also great for coverage.

But where eero truly wins is ease of setup.

During a demo in the rather wireless-fickle InsideHook office, we were up and running in about a minute. “It would have been about 20 seconds if I hadn’t stopped and pointed out everything I was doing,” eero CEO Nicholas Weaver cheerfully added. 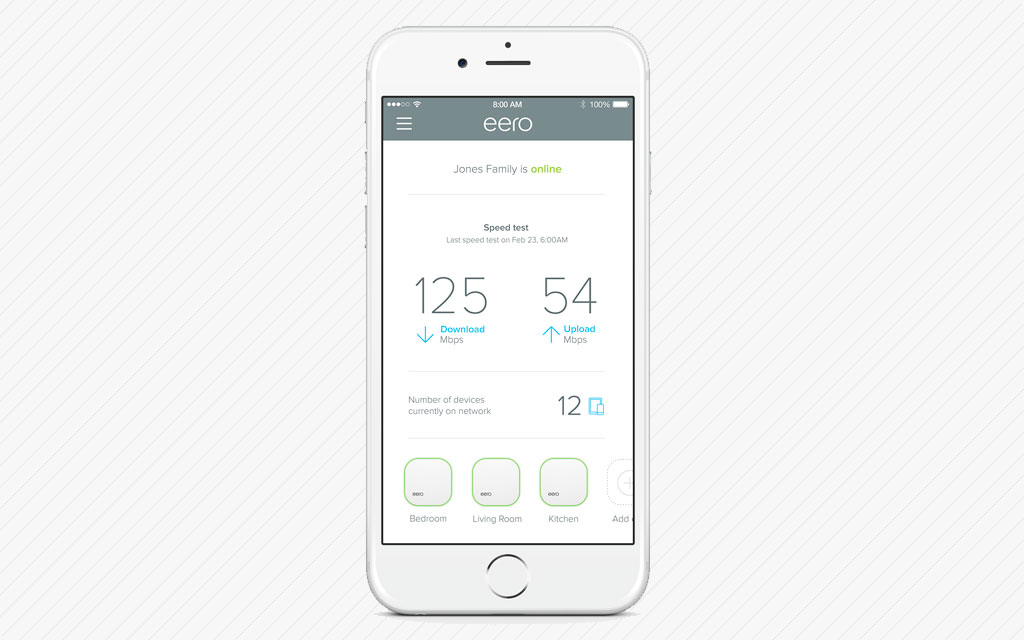 Your instructions are basically this: Download the eero app to your iOS or Android smartphone. Press “set up.” Provide your name, phone and e-mail. Tap next and enter a verification code sent to your phone. Tap a few more buttons and pick an eight-letter password.

And then, start surfing.

Adding more units will offer broader coverage, and it’s as simple as plugging them in making a couple more taps on your phone. Bonus: your expanded WiFi area will all be running under the same network name, something you wouldn’t find with, say, a range extender.

Weaver notes that almost all of the preorders have been for a pack of three devices, not one. “Everyone wants to fix this coverage problem,” he says. “And with home WiFi, you’ll need multiple units.” 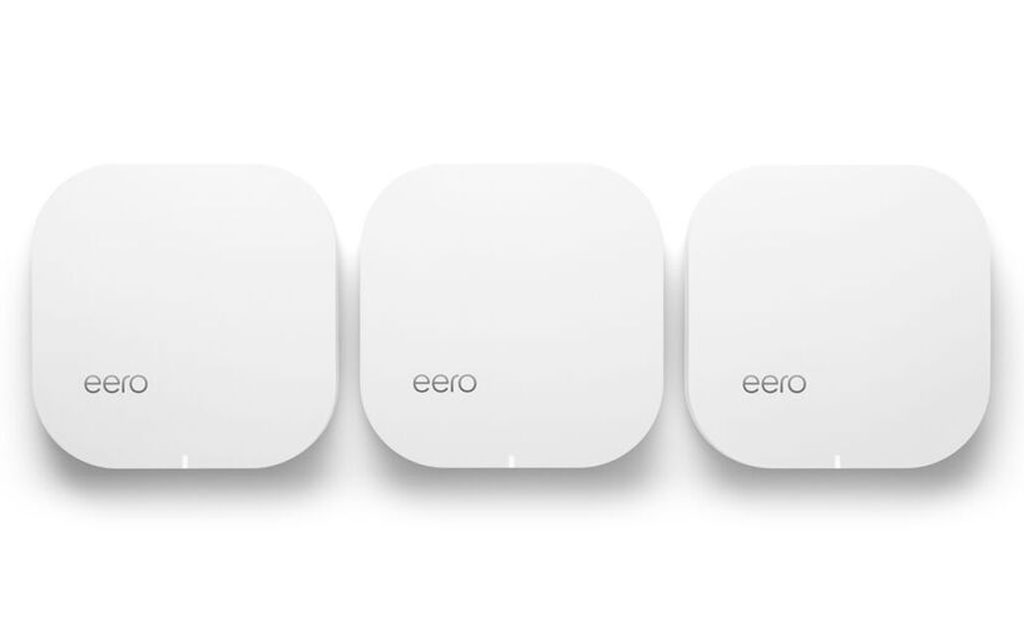 On eero, you control everything from your phone dashboard, which connects via Bluetooth. From the app, you’ll know every device on your network (updated in real time, up to 128 devices), and be able to launch guest networks with a single tap.

The device conducts a diagnostic test once a day and updates itself constantly, which Oliver says will bring new features and security protocols.

Preorders ship this week, which also marks the first time any consumer can click and buy the router directly. With two-day shipping, you can have a home network set up before the weekend.

Plus 20 seconds. Give or take.

Some eero (and general router) tips from Weaver and the eero team: