But is it enough to convince people to think small? 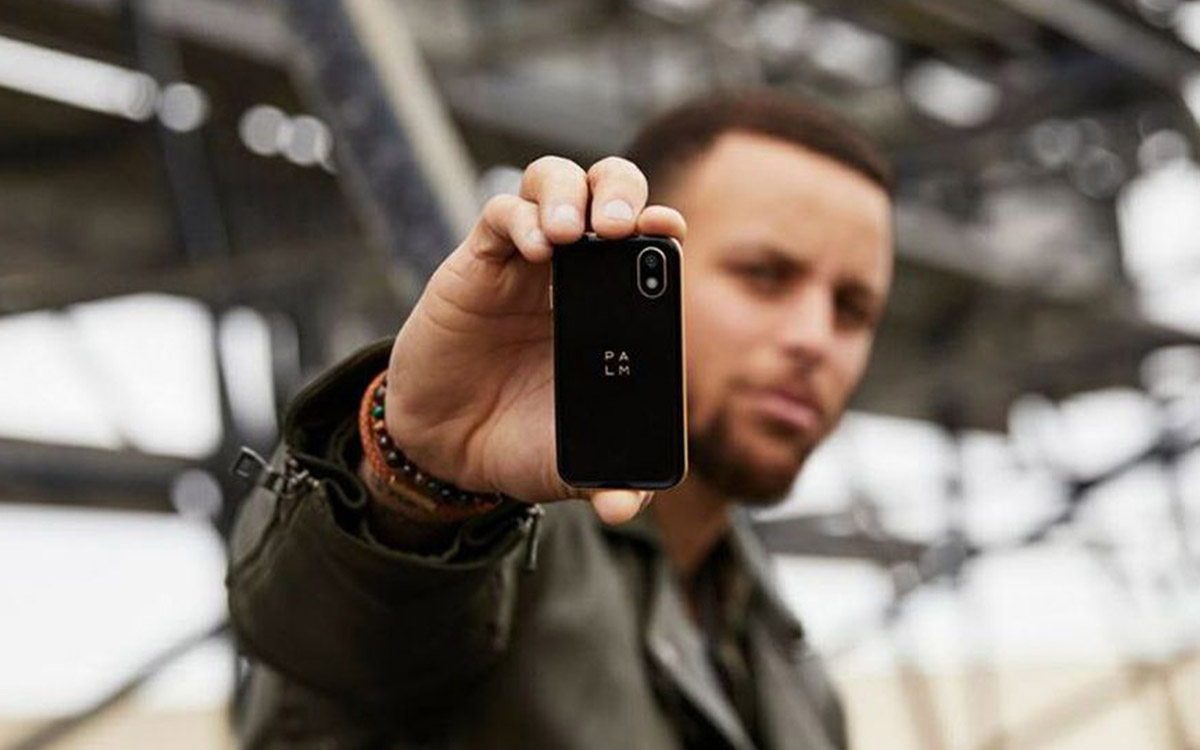 I owned multiple iterations of the original Palm Pilot (and their smartphone, a much-loved Treo 650), so Palm’s resurrection as a smartphone maker last fall caught my eye.

First reviews of their pint-sized device were … not great. Steph Curry endorsement’s aside, no one really figured out why you’d want a tiny (palm-sized) device with half the normal functionality of your existing phone. Was this supposed to be a minimalist statement or a glorified wearable? Because it certainly wasn’t going to work as an actual phone replacement.

But news last week that the Palm would now act as your primary smartphone — coupled with a major price drop to $199 — led us to reevaluate the device.

Our quick thoughts below, after taking the new standalone unit for a test drive:

What is this? The Palm is about one-third the size of your regular iPhone, featuring a 3.3” screen. It’s also much slimmer and lighter (62.5 grams) than what you’re currently carrying, though it won’t fit in your wallet, no matter how much the company claims it’s “the size of a credit card.”

What can it do? Pretty much anything your day-to-day mobile can do. It’s equipped with a 8MP front and 12MP rear cameras. The device is IP68 water resistant, runs on Android and can access Google Assistant, which you’ll probably want to use a lot in lieu of typing (see: tiny screen). You can unlock the Palm using facial recognition. While the specs aren’t great, the 3 GB RAM and 32 GB of storage and 3-8 hours of charge (depending on use) and three days of standby power are adequate. We started using the Palm without consulting a guide, and we pretty much figured out navigation and settings within minutes — though there are some quirks, given the phone’s diminutive size (see below).

What’s so special? Beyond size, a major selling point of the revived Palm was its minimalist aesthetic and ethos. The phone has something called Life Mode, which shuts off calls, texts or notifications when your screen is off (it’s essentially airplane mode). That feature is adjustable, and you can also set timers to temporarily turn Life Mode off if you’re expecting a call and/or select apps that can reach you when you’re not actively online. Something we dug: Holding down an app for more than a second or two will pull up “Quick Actions,” which means you can do things like compose a message in Gmail without fully opening the app (what you can do in “Quick Actions” is also adjustable).

What’s not to like: The apps here have no attached name on the home screen, so you’ll have to get used to finding what you want either by icon or by swiping up on the lock screen and literally sketching the first letter of the app on a small “Gesture Pad” (which is actually kind of fun). We had issues pairing Bluetooth headphones and a talk-to-type feature didn’t work in certain apps (like the YouTube search bar). Also the custom virtual keyboard is forced to utilize shortcuts to fit into the three-inch screen, so you have to swipe right to add a space — that gets old quickly.

Who is this for? Athletes are a big push here, as the phone’s tiny presence and admittedly solid, rugged design makes it easy to throw into a small pocket. It also makes it easy to lose. The tiny design and lack of features here will force you to adopt a more minimalist digital lifestyle, so the Palm might work as a compromise for people who occasionally need to be online and present, but prefer to live off the grid as much as possible.

Final word: The negativity at launch was a bit overblown. Having an unobtrusive, inexpensive device that’ll handle all your day-to-day calling and quick Internet needs while not bulging out of your pocket is something to be celebrated (at least, if you’re on Verizon). And at least Palm will never have to worry about competing with Apple or Samsung — they might actually be able to carve out a (tiny) niche of their own.