Where DC’s Best Pitmasters Buy Their Meat and Fixings 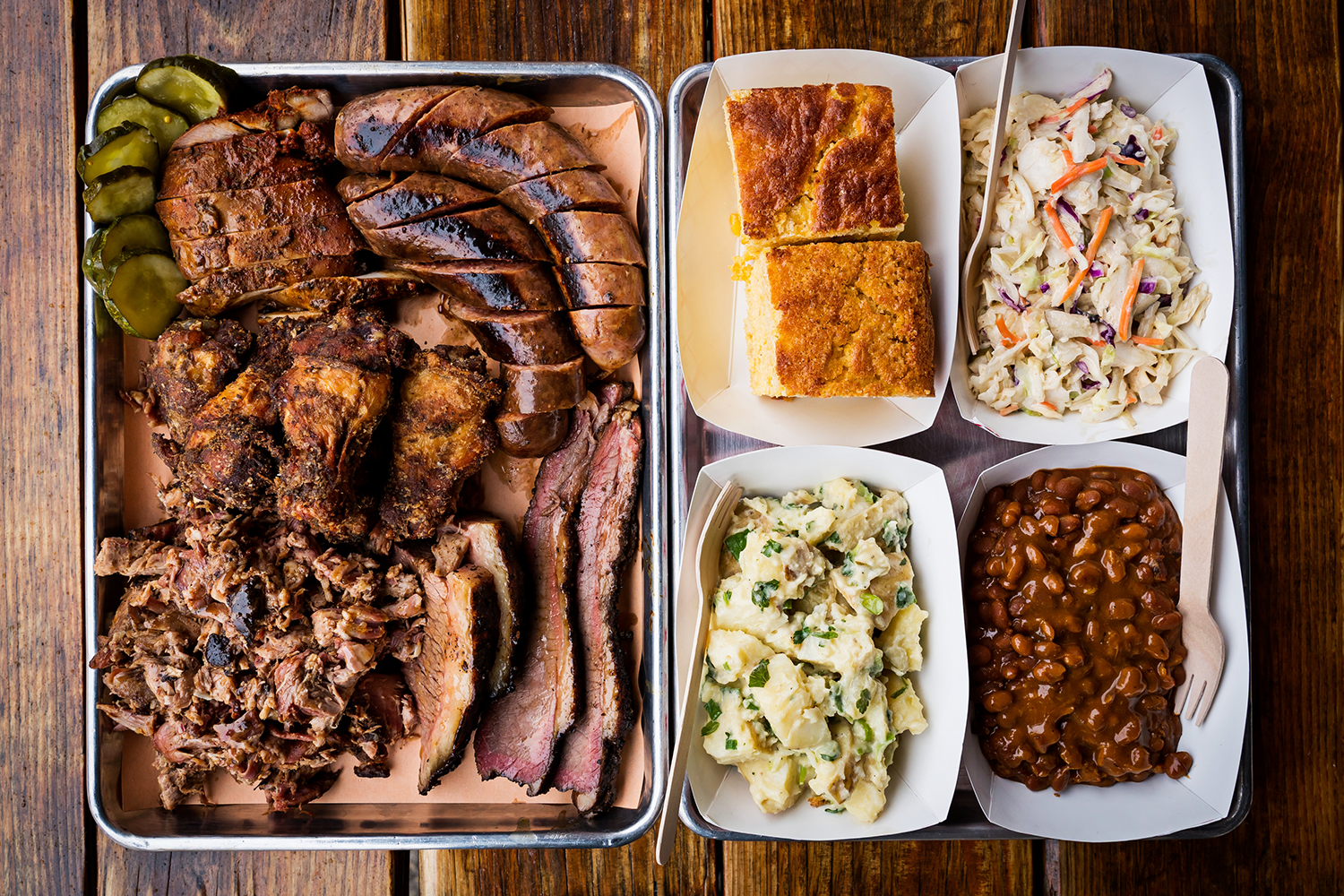 Summer’s zenith has come and gone, but grilling season? We’ve still got plenty of time, as the cooler temps of early fall make for optimal BBQ weather that won’t have us dripping sweat on the grill. And not that you needed one, but Labor Day is obviously the mother of all excuses for throwing a big, bad backyard barbecue.

In anticipation of the holiday, we talked to some of DC’s top BBQ pros, from pitmasters around town to a wood-fired grill expert, to supply you with actually helpful grilling tips and a directory of where to shop for the best meat, produce and tools.

If you want to level up your grilling game past Oscar Meyer hot dogs and supermarket burger patties, we suggest you read on before firing up those coals.

Where to find the best meat in town …

Harvey’s was recommended to InsideHook by every chef we spoke to, and with good reason. The small butcher shop located inside Union Market was established back in 1931, and is committed to sourcing from local family farms that raise pastured, naturally fed animals. Joe Neuman, the pitmaster at acclaimed BBQ joint Sloppy Mama’s, even says, “the only thing better would be buying a whole animal from a small herd, but most don’t have that ability.” Yeah, so we’ll just stick with Harvey’s then.

“They have the best meat around. We usually have 8-12 people, so I’ll go and grab a big steak and sausages, which are all made in-house. Sometimes they’ll have some off-butcher cuts that can be priced lower on special, like a Babette,” says Neuman. Chef Shannan Troncoso of Brookland’s Finest Bar & Kitchen shops at Harvey’s as well, especially when she’s looking for harder-to-find veal for her grandmother’s meatballs. She advises mixing it with with pork and beef for max juiciness.

Where to buy top notch seafood …

Located a stone’s throw from Harvey’s, District Fishwife is also located at Union Market. They’re a full-service fishmonger that both works with local and regional suppliers, and does all of their butchering in-house. “They have everything and will order it for me if they don’t have it that day. Moreover, the quality is top notch,” says Troncoso. She also tells InsideHook that co-owner Fiona Louis also makes recipe cards for shoppers to take home with their fresh catch, and that the staff is extremely helpful if you have seafood-related questions, like how to grill scallops.

Where to get the freshest produce …

Cable Smith, the Executive Chef at The Royal, does all his produce shopping at Eastern Market on the weekends, where he’s able to find fresh, local produce.

On weekdays, Neuman usually goes to Whole Foods. “I don’t even have a grocery list when I go shopping. I just grab whatever looks best or the freshest. I’ve found that zucchini and squash are usually in good shape, and I just cut them in half and throw them on the grill,” he says.

Where to invest in some new grilling tools …

This independent, gourmet kitchenware store in Capitol Hill is Troncoso’s choice for picking up new grilling tools. The intimate store occupies the first floor of a historic townhouse adjacent to the Eastern Market metro stop, and is the perfect stop if you’re in the area looking for anything from a new baking pan to grilling tongs.

Calling themselves “the biggest little hardware store in Arlington,” Bill’s True Value functions as half true hardware store (with traditional hardware and cans of paint) and half grilling paradise (you can even get a Weber there). It’s located just down the road from Sloppy Mama’s new permanent location and has a mean selection of grilling tools, according to Neuman.

What you haven’t been grilling, but should be …

“The most unexpected thing I like grilling would probably be oysters and clams. Just dump ‘em on the hot part of the grill and then scoop them up after a minute or two when the shells pop open,” says Neuman. “Serve them with melted butter or cider vinegar, and then top them with happy sprinkles.”

“The most underrated item to grill is fruit,” says Smith. “Peaches, strawberries, nectarines — they get such an amazing flavor. It really helps add complexity to a summer dish.”

“People are always hesitant to grill seafood, but it’s not as scary as most think,” says Troncoso. “The most important grilling tool for seafood is a metal fish spatula (and a clean grill grate). The trick is to put canola or olive oil on the fish itself. Start the fish filet over the heat with the skin side down. Once a crust forms on the skin, flip the fish with the spatula. If some of the skin sticks to the grill, no one will notice. Once a crust forms on the other side, it will come off easily. Grilling will only take about 10-12 minutes. Check doneness the same way as with cooking other proteins.”

And finally, some sage words of advice …

Buy longer tongs: “Tongs, proper tongs, allow you to cook over high heat and not cook your hands. Get restaurant ones, not some grill set — 12-16 inches,” says Neuman.

Use hardwood lump charcoal: “The other stuff is full of chemicals that are really bad for your health,” says Neuman.

Ease off the spray: “As long as you have a clean grill and have oiled up whatever you’re grilling, you don’t have to spray a bunch of non-stick on the grill. It’ll alter the taste of your meat for the worse and make the grill gunk up,” says Troncoso. “Just make sure to get the grill hot enough first, or your food will stick.”

Try a non-stick grilling basket: “The best tool for the grill is a good grilling basket,” says Smith. “We use two at work everyday. It makes it easier to grill smaller things that would normally fall through the slats.”