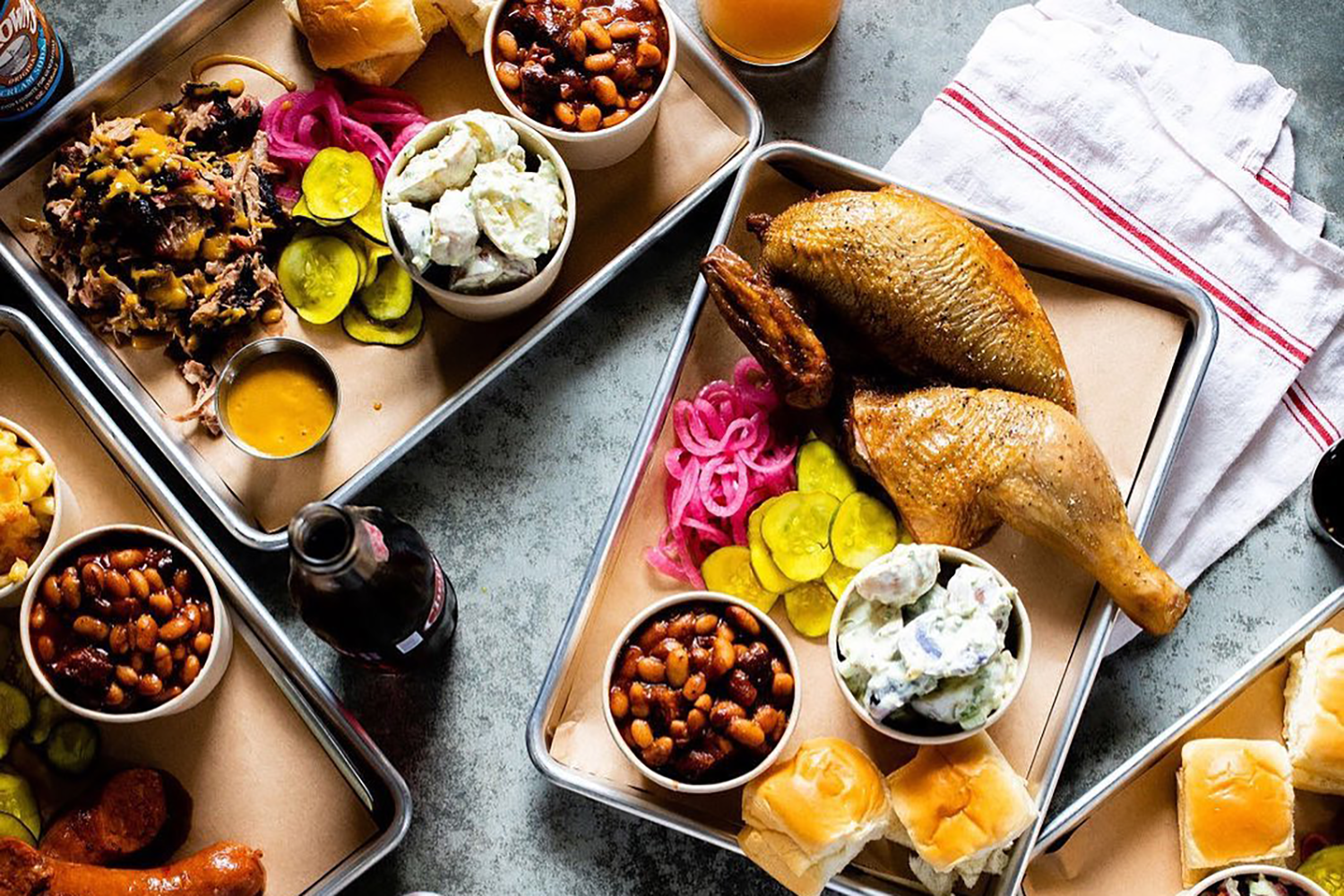 Why now: You know you’re pushing the envelope when even the seen-it-all S.F. dining press is gaping at your prices (“What might best reflect the restaurant’s ambitions is the $50 burger …” notes the Chron). But it is in Atherton, where the average household income is around $450,000, so maybe they’re banking on clientele who don’t take a passing glance at prices. Alternatively: it’s great for engagements, promotions, meals the company is paying for, etc.

Eat this: About that $50 “Black Label” burger: it comes with Époisses (a French soft cheese legally only made in one small town in Burgundy) and Australian black truffle. There’s also a $21 burger, with a slightly inferior French cheese: comté.

Why now: The titular “AL” is chef Aaron London, whose AL’s Place is a go-to for Michelin-starred eats on a green-card budget. Expect quasi-Israeli and slightly funked-up — like Miznon after a trip through a state fair.

Why now: A three-course meal for under $30 in the Bay Area, courtesy of local favorite Bay Grape’s Stevie Stacionis and Josiah Baldivino? Sign us up. (Speaking of, see here for Stacionis’s favorite bottles.)

Eat this: That prix-fixe obviously, the precise elements of which will depend on what’s looking good at the markets. Recent dishes include a chilled zucchini soup with toasted almonds, linguine with pesto and roasted cherry tomatoes, and a hazelnut gelato.

Why now: Perennial pop-up favorite Churn sets down roots at the former Avenue Theatre, with Philippines-born, S.F.-raised founder Rica Sunga-Kwan incorporating ingredients from her farm in the Outer Sunset.

Eat this: The two flavors that made the brand famous: the vegan rosemary olive oil or the lemon thyme, made with an eggless dairy base.

Why now: The once-indie, now Kirin-owned Aussie brand kicks off its American program in a 6,300-square-foot, sun-soaked taproom/restaurant that’s within easy walking distance of every major sports spot in the city (read: Oracle Park and Chase Arena).

Drink (and eat) this: The pale ales that made it famous in Australia, or one of the new, unique-to-S.F. brews under development. There’s also a full menu with pizzas, burgers and beer-steamed mussels.

Why now: You needed another reason to come south? This roadside stand (actually housed within an exquisite 1867 home) serves barbecue on a patio just off the loveliest stretch of highway in the country.

Eat this: The pulled pork platter with mac ‘n’ cheese and collard greens. There’s also a veg barbecue plate (with smoked nebrodini mushrooms) and a quinoa salad for lighter options (or for anyone who wants to save room for the apple and cinnamon hand pies).