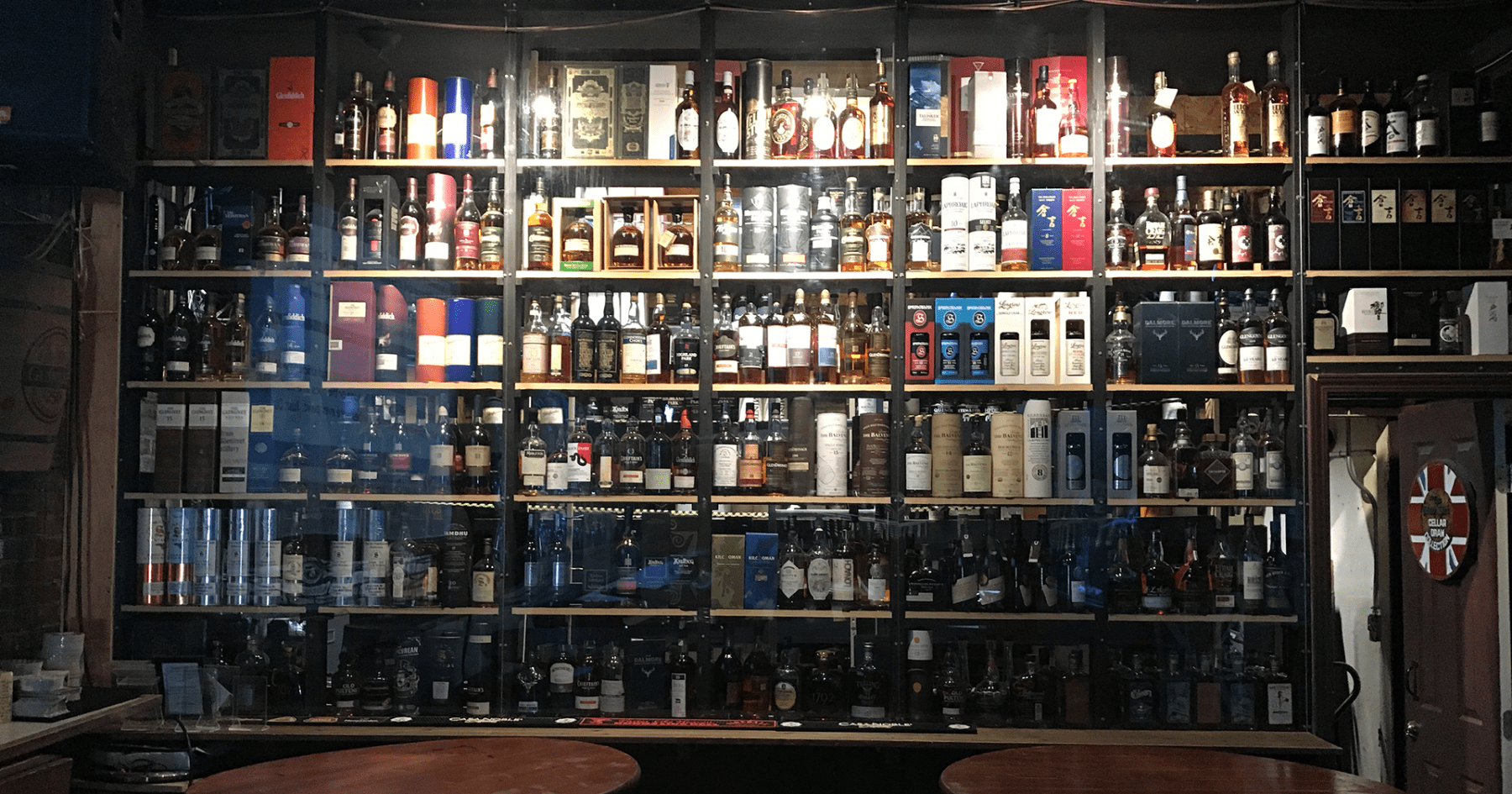 L.A. is home to plenty of great watering holes, but none is more beloved than the corner bar. Hence we bring you Know Your Corner Bar, an occasional, ahem, dive into the tales and characters behind one of the city’s most storied taverns.

It’s nearly impossible to avoid the Southern California sunshine, and to do so intentionally is against the very spirit of those who choose to live here. But when you walk inside the Daily Pint, it’s the first thing you notice: the absence of natural light, the familiarity that is the darkness that accompanies a beloved dive bar. And for the last 30 years, the Daily Pint has been that beloved dive, providing a home and a cold beer to anyone looking to step out of the light.

Nestled on Pico in Santa Monica, the building itself has been a bar since the 1960s. Originally, it was the Orbit Lounge, which was originally on Ocean Park across from the Douglas Aircraft Company building. Douglas was then in the throes of the space race, and after a hard day’s work, employees would cross the street and loosen up at the Orbit. After Kennedy was assassinated in 1963, LBJ killed off Douglas’s space programs, and the Orbit Lounge moved to the Pico Location.

It wasn’t until 1987 that Phil McGovern, a Londoner and former owner of British Hairways Salon, bought the Orbit and transformed it into the Daily Pint.

“Back then, it was Bud, Bud Light, Miller, Miller Light and Jameson’s. And no draught, either,” says Phil. “Bottle only.”

But what he had in mind for the Pint was a rather different vision. With more than 30 taps rotating hundreds of beers and one of the most comprehensive whiskey collections in Los Angeles — there are around 1,500 varieties in total — the Daily Pint has long been a haven for beer and whiskey lovers while simultaneously masquerading as an unremarkable dive.

And like any dive worth a damn, the Daily Pint’s personal history is multiple choice: there can be more than one right answer depending on whom you ask and what day you catch them on. Take Llan (pronounced “Lon”) Brake, who has been working at the Pint for 31 years, or 20. Phil says it was the former: “He came in here with no application, and I told him to go away.”

Ask Llan himself and it’s a different story, which he tells from behind the cramped bar, bottles with yellowing labels strewn about him in every direction. “I was a regular coming in here since it was the Orbit, but I had been doing things to help as a customer. I worked the door, helped in the back.” By his count, he’s only been officially on the books for the past 20 years, give or take.

Llan remembers the bar in its nascent years, when it attracted a different kind of crowd, back before the taps and the whiskey. “For a while it was a biker bar. We had to clean it out and give it back to the neighborhood,” he says. “It has changed, but it changed gradually, where you don’t really notice the change.”

Gone are the dart boards, the pinball machine (though some swear it was a foosball table), one of the three pool tables. Still remaining is the shuffleboard table, though the grooves and dead spots have changed over the years with each new coat of varnish. It’s also a table that has contributed to cinema history, or so Llan’s story goes.

“The movie Kill Bill, the inception of it was done here. Quentin Tarantino and Uma Thurman and William — I can’t remember his last name — they were filming Pulp Fiction. And after the shoots they’d come in and play shuffleboard. And Uma said to Tarantino, ‘Let’s kill Bill!’ and Tarantino said, ‘That’s a great title for a movie.’” Ask Phil, and he goes as far as to say Tarantino didn’t just come up with the idea — he actually wrote the script in the Pint to boot.

It’s a claim that doesn’t seem so farfetched once you’ve had a beer or 10 within these four walls. Regulars understand what makes the place special. Like Keith Harrison, who’s known Phil for more than 35 years, “back when he had much more hair, and I was a lot skinnier.” He parks himself on a stool while Llan attends to his drink, a whiskey soda. Keith moved to the west side 47 years ago, and he’s frequented the Daily Pint from the very beginning, “when it was more of a working-class, beer-and-a-shot kind of place.”

Keith helps cook the complimentary BBQ for Super Bowl Sunday, including a dish native to each participating city. This February it was French Dip sandwiches for L.A. and New England dogs for the Pats. He also helps cook for Bobbie Burns Night, when the Daily Pint honors the Scottish poet with bagpipes, haggis, cock-a-leekie soup, and Scotch eggs and whisky.

“You see all sorts of people from different walks of life — you see students, your hipsters, some of your old stalwarts. Everyone’s got a story. One of the Chicago Seven used to come in from time to time,” Keith says. “There’s tradition, people who’ve moved away, people who’ve died — and we miss — marriages and births. It’s a piece of life.”

As you exit the Pint, you’ll face the only windows in the bar, where just a little bit of sunlight sneaks in from time to time. Llan says the place was even darker when it first opened. “Shortly after Phil bought the bar, we had a fight in here and one guy got thrown up against the wall there and busted one of the slats. Phil saw that there was glass behind it, so he took it all down and opened it up. It changed the whole atmosphere.”

This is the Daily Pint. Everything has not just a story behind it, but several. “A guy was sitting at the end of the bar with a young lady. Then another young lady walked by the entrance and then came back and discharged a revolver through the glass, because she was the guy’s wife,” says Keith. That’s how the boarded-up glass was discovered.

“I don’t know if either of those stories are true,” he says. “But there’s truth and there’s better than the truth.”

It’s been three years since 'Call Me By Your Name,' Luca Guadagnino’s film adaptation of Andre Aciman’s novel by the... more