Are These the Best Street Tacos in LA?

Michoacan-born Ivan Guillén left behind fine dining for a truck, a flat-top grill and a dream 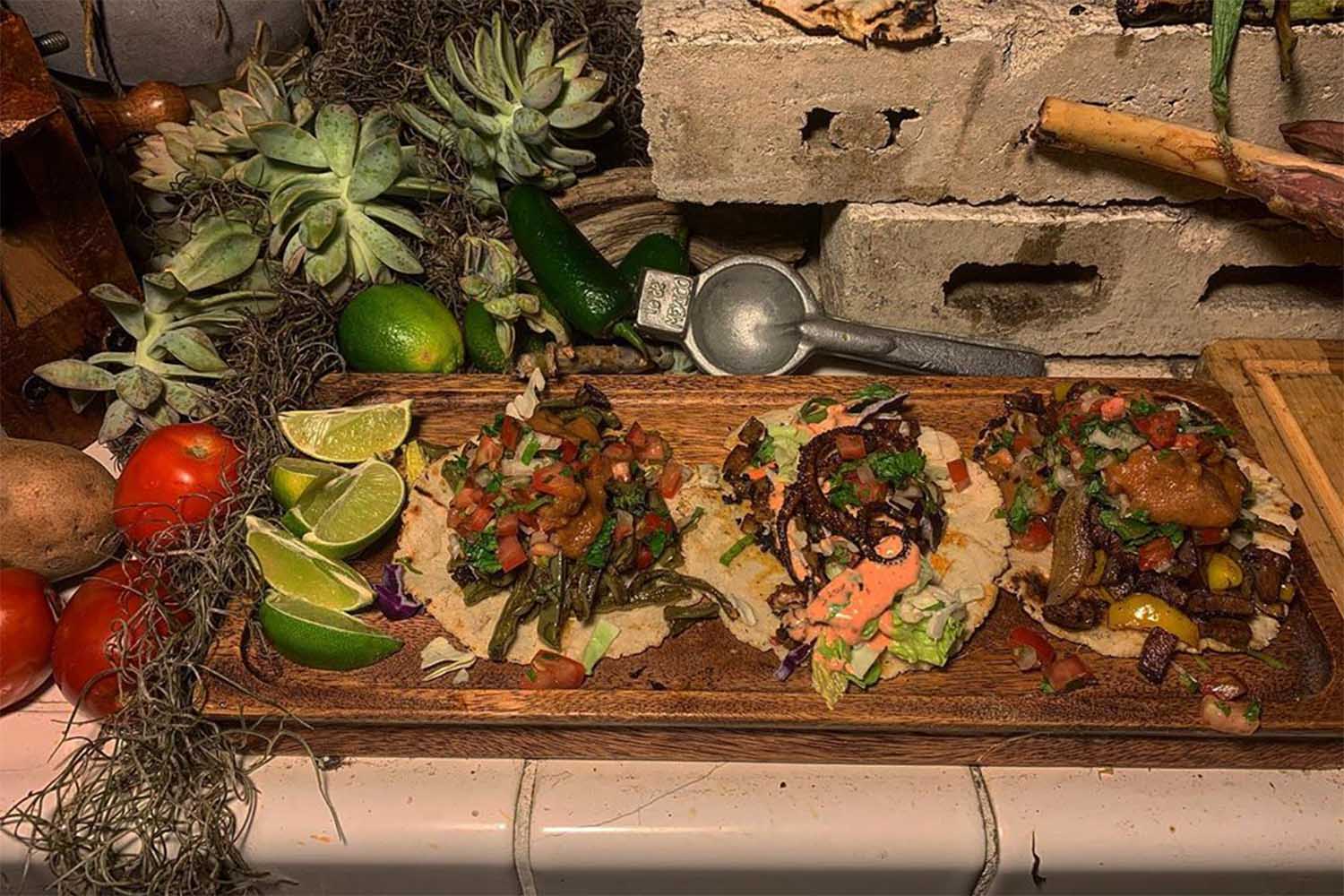 Throughout Los Angeles, street vendors operate by one rule: one vendor per block. First come, first serve. There remains one exception to this rule: Hollywood Blvd., where vendors pack in as tightly as the hot dogs sizzling on their steel grills.

Most of these stands sling cheap, dubiously sourced meat that may or may not be on the right side of public health standards. But there’s a new stand, parked in front of Black Rabbit Rose, run by a guy called Ivan Guillén that bucks the trend.

On his menu, you’ll find ingredients like braised lamb shank, diced cactus, chorizo and octopus. And by his side, you’ll meet Jane Solis, his betrothed, who rolls and presses heirloom corn into tortillas that are then freshly heated on a four-foot flat-top. Once they’re done, Ivan drizzles each with homemade chipotle salsa or miji (a Japanese sauce) before sprinkling fresh cilantro on top. Each taco is five dollars, competitive with the other vendors.

This is certainly an evolution in the street-meat game, and whether or not it’s a sustainable one remains to be seen. For Ivan and Jane, it’s fun, a side project as they save up to for their ultimate dream of owning a farm in Riverside where they can also run a restaurant akin to New York’s Blue Hill Farm.

“Living on a farm has always been my dream,” he says. “All of your problems are left at the door.” The couple recently moved back to Riverside after a stint in Santa Monica, where Ivan worked at Rooster Restaurant. His informal training began as a teenager visiting his grandfather’s farm and restaurant in Michoacan. “I guess that’s where I got it from,” he says. “I grew up around it.”

His professional career started in 2015 at the Jack Daniels 300 Club at the Honda Center in Anaheim. He begged the chef for a job, and found himself in dry storage, where he learned about spices and making stocks and sauces. He eventually graduated to line cook, and then to the chef’s table.

Ivan loves making everything from scratch. He grinds the spices and drizzles olive oil and herbs over the meat as it cooks on the flat top, which his mother bought for church gatherings before gifting it to him. He is currently advising Rustik Fork on their menu.

His next project: a ramen speakeasy out of his home where he’ll make the noodles and broth himself. For this, he debones an entire chicken, then wood-fire-roasts the bones with tomatoes, onions and garlic. “I throw the meat, bones and vegetables in a pot with cold water, Kombu leaves, bay leaf and spices. I let it reduce for about 52 hours,” he explains while cooking for us at Dockweiler Beach. “Then I add it to a creamy pork and fish broth.” He makes the noodles from organic rye and wheat flour, baking soda and water.

How to find him: he’ll be out in front of Black Rabbit Rose on October 25 and 26, and you can find out about the ramen speakeasy and other events by following him on Instagram.