From Cos d’Estournel, the 100-year-old vintage is helping to save elephants today. 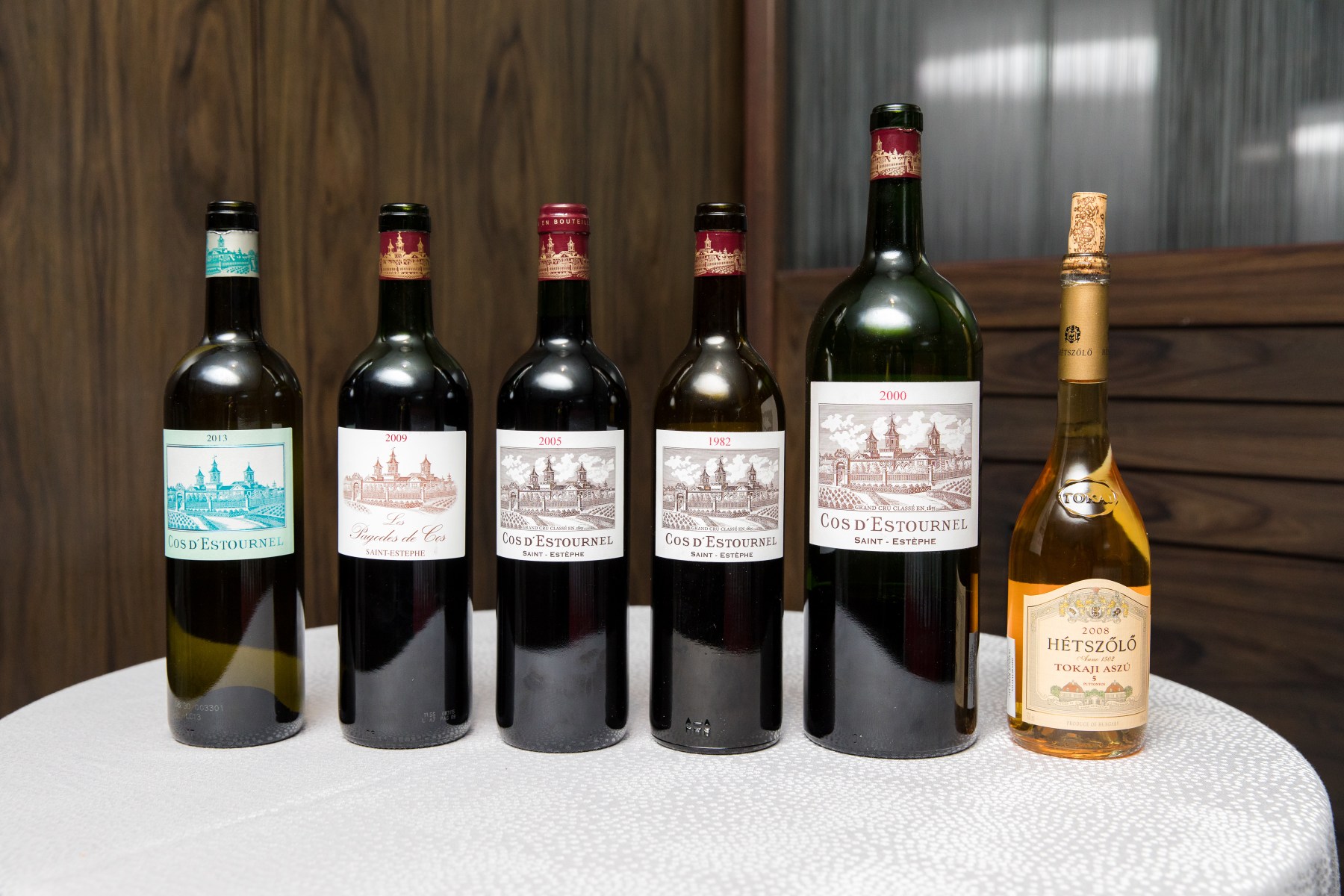 Bottles of the most expensive wine you'll ever taste. (Carrie Ellen Phillips/BPCM)
Benjamin Lozovsky/BFA.com
By Zachary Weiss / March 22, 2018 5:00 am 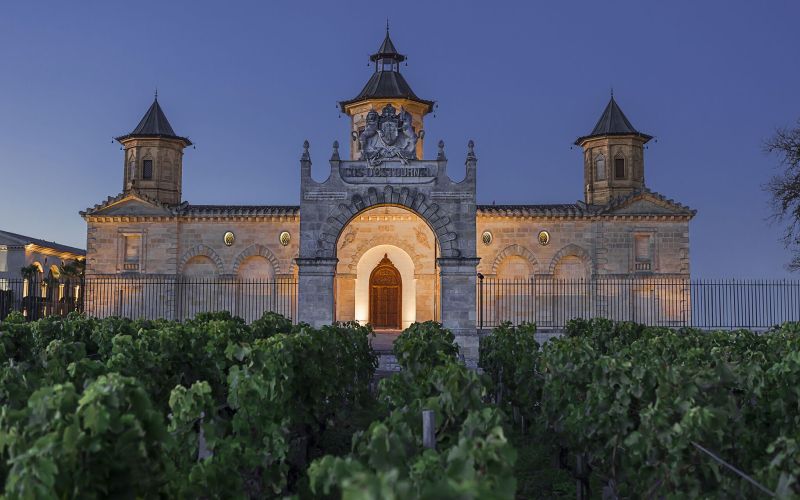 The Bordeaux region, situated in South Western France, is impossibly idyllic. Its quiet hills are dotted with millions of rows of grapes vines, all set alongside the thousands of chateaux that have lovingly cared for them over centuries. Despite their history, rare wines have ironically become commonplace, thanks to the long list of varied purveyors, and as wine snobs become more commonplace too, there’s an arms race to produce the most coveted expression of them all. Now, in the spirit of friendly competition, we have COS100. 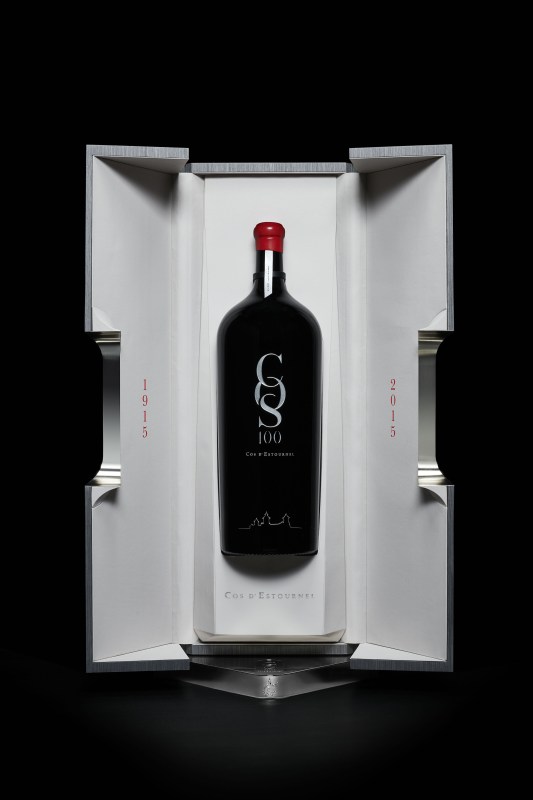 The single varietal vintage was produced by Cos d’Estournel, the 420 acre chateau inherited by Louis Gaspard d’Estournel in 1791 and founded in 1811. In 1855, as a part of “The Medoc Classification of 1855,” the house was recognized as a “Second Growth” estate, making it one of just eleven wineries capable of producing wines worthy of an A- rating. The A+ rating is reserved for just 5 wineries, classified as “First Growth,” including Chateau Laffite Rothschild, Chateau Latour, Chateau Margaux, Chateau Haut-Brion, and Cheautu Mouton Rothschild.

In the case of COS100, released earlier this month, the wine serves as a tribute to the “Parcelle des Femmes,” a revered plot located within the vineyard. According to the well-documented history of the property, the plot was planted by a group of daring women during World War I, when the vast majority of men were at war. Luckily, these Merlot vines have stood the test of time, and were harvested in 2015. Now, exactly 100 years since the vines were planted, the resulting, impossibly rare wine is being released to the public.

Should you like to get your hands on COS100 for yourself, it might be hard to find. The 110 existing bottles, all individually numbered and ranging in size from Double Magnums (3 litres) to Balthazars (12 litres), are available only through auctions and private sale directly from Cos d’Estournel that will likely remain shourded in secrecy. 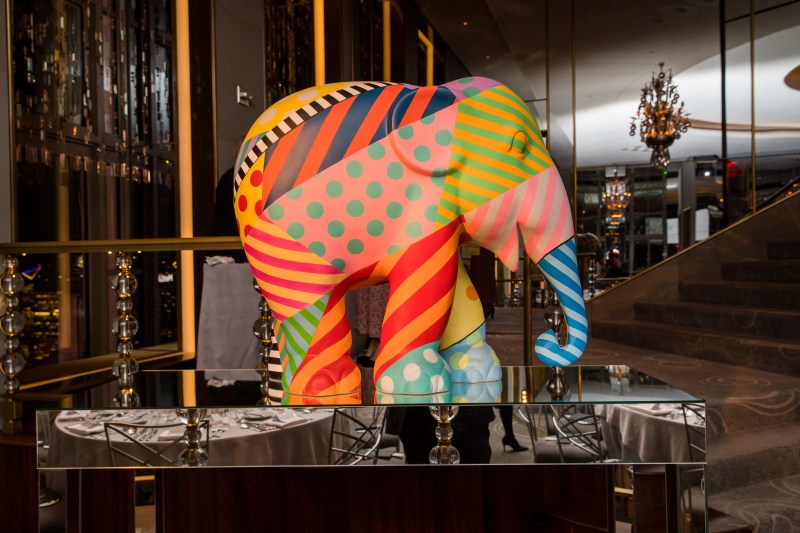 In fact, the only public sales have occurred in Hong Kong and New York City, ahead of official COS100 release, to benefit Elephant Family. In New York, the charity gala held at 30 Rockefeller Center’s Rainbow Room came complete with a six-course tasting dinner by Two Michelin-starred Chef Jérôme Banctel, paired with no less than eight wines, and auction lots that included two elephant sculptures by Curtis Kulig and Jason Woodside, as well as a visit with the Maharaja of Jaipur in India. However, no lot garnered more attention – or such a tense bidding war, than the sale of the first COS100 Balthazar, which sold for a cool $80,000. In all, the evening brought in over $250,000, all to benefit the preservation of the Asian elephant, which, fittingly, can also be found in brand’s unmistakable logo.