The ideal strip of bacon never touches a pan

Don't you dare ruin these by frying them.
Mike Kemp
By Jim Mumford @jim_cooks

Bacon is inarguably one of the most perfect foods on the planet. Salty, crisp and full of meaty umami flavors, bacon is a welcome food any time of day. There’s room for bacon-related debate, however, on the optimal cooking method. Most prefer to pan fry, others deep fry and a select few simmer before frying. While all fine methods, the perfect (and easiest!) way to cook bacon, scientifically, is to turn to the oven and bake.

Before we get into the best way to cook bacon, let us explore some of the other methods of bacon cookery to learn which techniques sizzle and which fall flat. A strip of bacon is constructed out of two distinct sections, essentially the meat and the fat. These two parts cook at different rates, with the fat rendering out slower than the meat. This is extremely important to the balance of the optimally cooked strip of bacon; crisp yet tender, meaty with just enough fat to carry the flavor. This dichotomy makes cooking tricky, as the fat and the meat need to remain in harmony throughout the process. 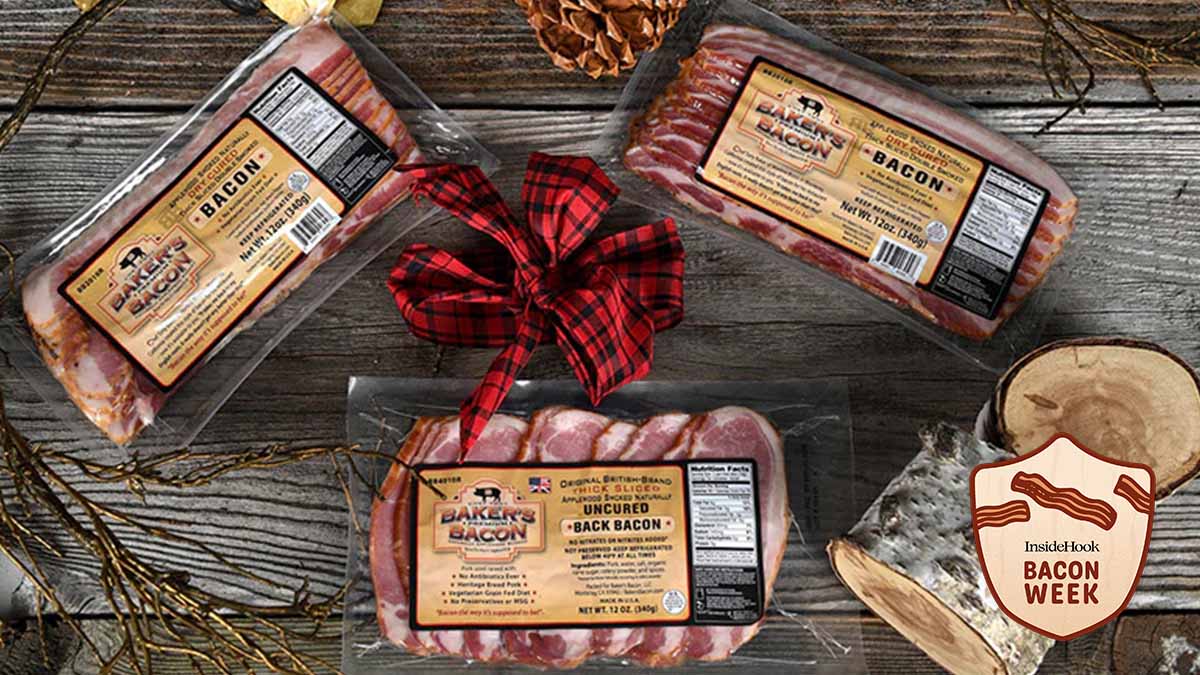 For example, a pan-fried strip of bacon (that is, rashers of bacon in a frying pan with a bit of oil) fails to maintain the fat/meat balance. In the pan, the meat will often cook before the fat can start to melt, causing the food to curl. This curling eliminates full contact between bacon and pan, so the fat does not always evenly render out. The result is either chewy, fatty bacon or overly crisp/near-burnt bacon. Additionally, a frying pan has size limitations, requiring batch cooking or hungry guests. So, while pan frying does initially create a nice balanced method of cooking, often the resulting strip is a curled, unbalanced mess.

Deep fat frying bacon is generally reserved for bar/grills and overloaded diners, given that a deep fryer or large dutch oven of oil is required. The concept, however, is solid. Hot oil quickly renders the fat and crisps the meat, resulting in shatteringly crisp slices. The drawback (aside from assembly of a deep frying setup) is the oil itself. The timing of the cook is difficult to perfectly render the fat and crisp the meat; being off even by a few seconds will result in greasy or burnt bacon. Additionally, the cooking oil will become contaminated from the bacon, so reuse is questionable at best. Though deep fried bacon can produce excellent results, the overall fussiness rules this method out for most.

Rendering bacon via simmering is the newest social media bacon trend. The logic is sound; use a small bit of water to draw out some of the fat in the bacon, then as the pan dries the bacon fat, pan fry the strips to perfection. This method does aptly render the bacon and prevents curling in the process, producing nicely crisp bacon. The pitfall, ironically enough, is not in the texture but in the flavor. If not executed perfectly, the simmering step will naturally draw out some, if not all, of the smoke and salt from the bacon. The result is a strip of bacon that looks amazing on social media but doesn’t deliver on the plate.

So why bake bacon? The answer lies in the strengths of the previously mentioned methods. Optimal bacon cooking renders out a bit of the fat before the meat fully cooks. Then, both the fat and the meat cook and crisp at the same time, resulting in the wonderful balance of a perfect piece of bacon. Baking does just this; by placing a cold pan into the oven, the bacon has a gentle start into its roasting journey (simulating the simmering method). As the fat melts, the baking sheet turns into a pseudo deep frier, crisping the bacon to perfection in the rendered fat. The result is a perfectly cooked piece of bacon and an easy-to-clean cooking sheet; just remove the bacon and pour off the grease (just as you would in a pan fried technique).

This method below produces slightly-chewy-yet-crisp bacon, which is an all-around method. If you desire a more crunchy and crispy slice, boost the temperature to 425 degrees Fahrenheit; if you want more pliable bacon, lower to 375 degrees. Also note: the thickness of the cut will greatly impact cooking time. Thin cut will be closer to 15 minutes, while a thick butcher’s cut will approach 25 minutes. 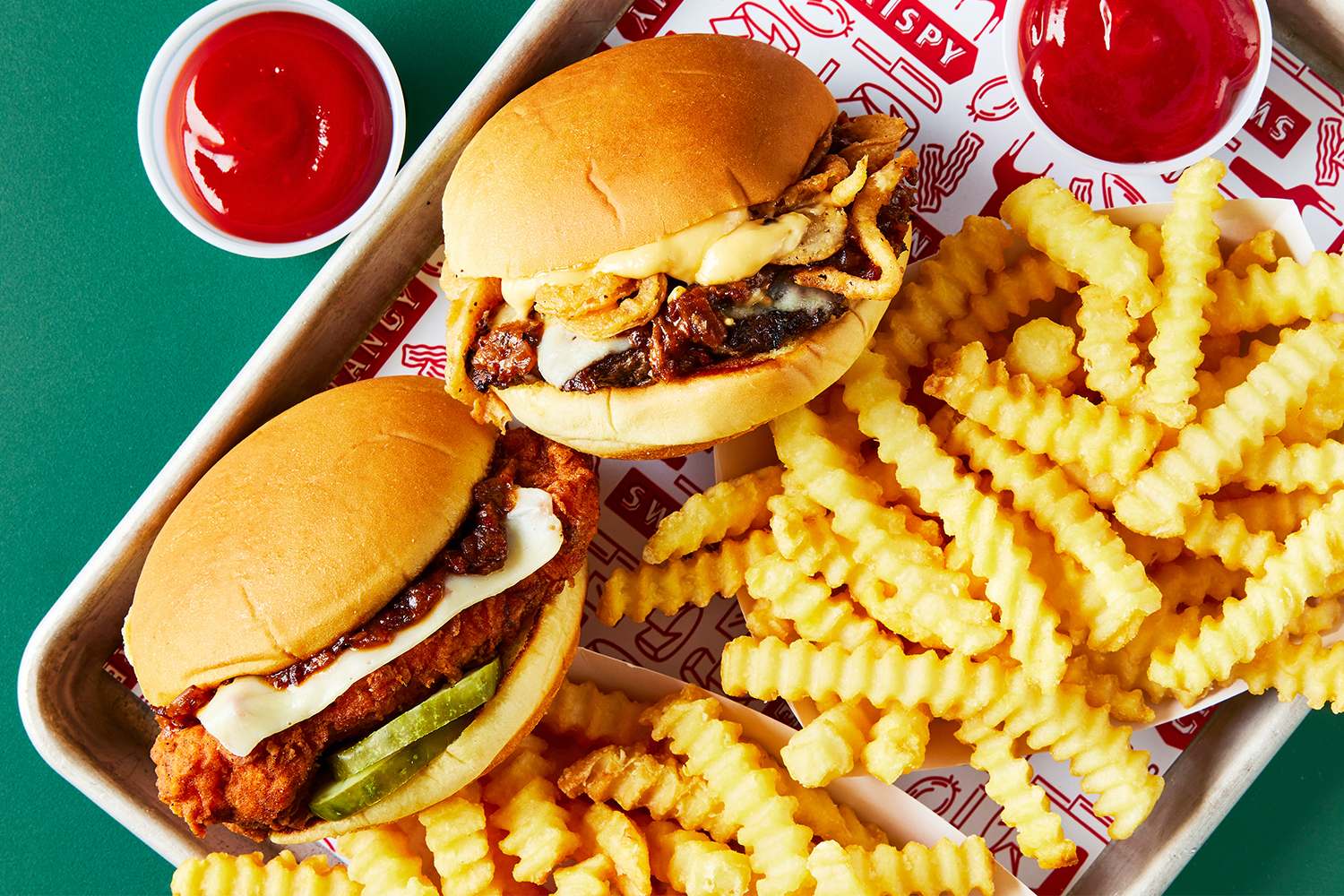 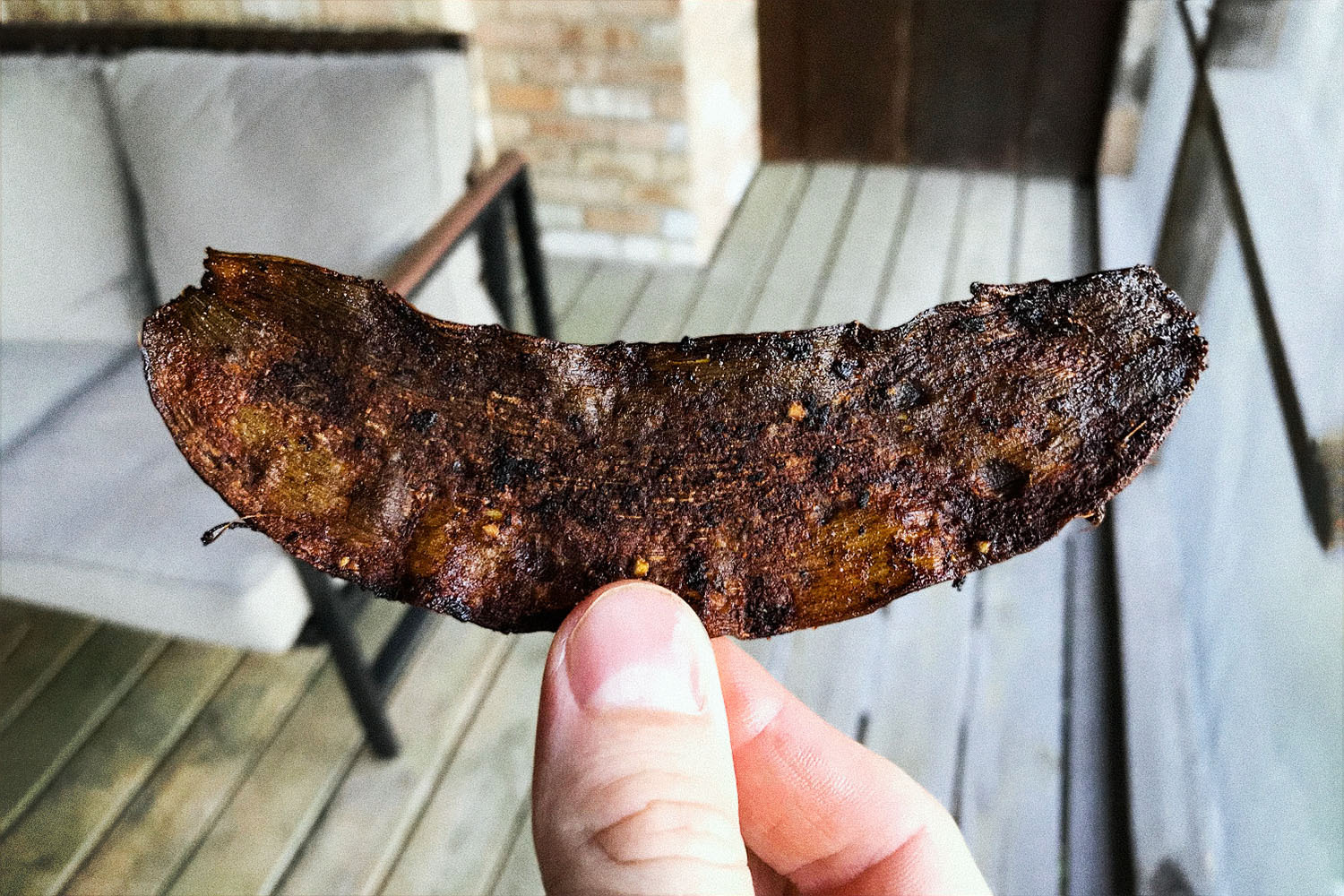 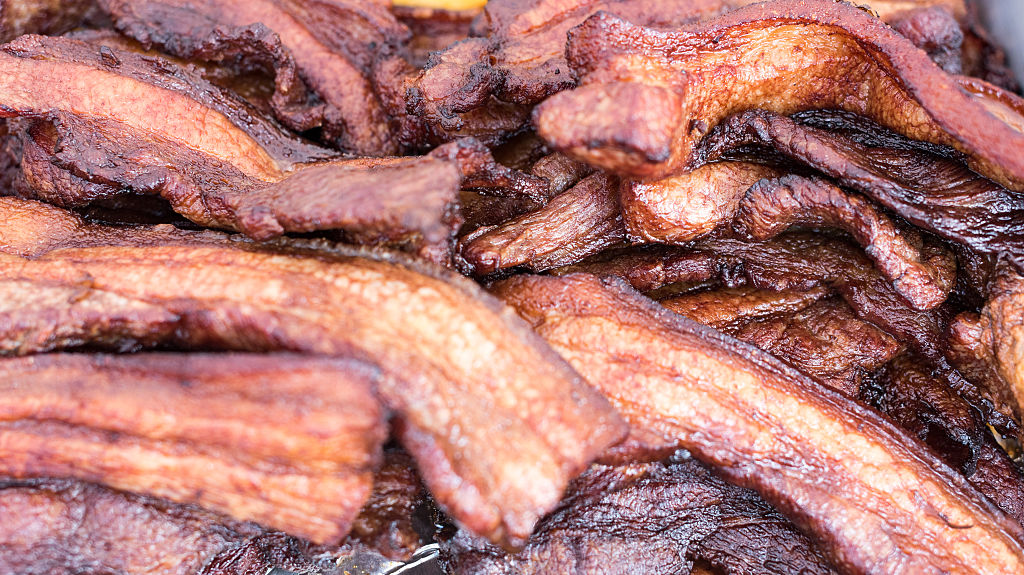 Is the Success of Meatless Burgers Paving the Way for Plant-Based Bacon?