Why Are People Snorting Raw Chocolate at European Clubs? 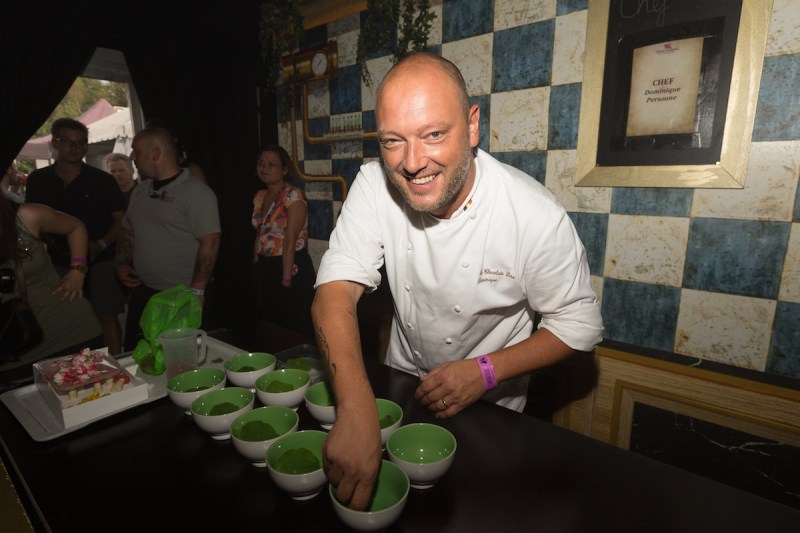 Persoone is the inventor of the Chocolate Shooter, which he first made for a party thrown by Rolling Stones Ron Wood and Charlie Watts in 2007. The Shooter was based on a device his grandfather used for snuff, and was originally little more than a cheeky party favor. As of this writing, Persoone has sold over 25,000 of them.

The Shooter is designed to propel hits of cocoa powder into the nose. Persoone recommends mixing in other things, namely mint, ginger, or raspberry, to prevent the cocoa from caking in one’s nostrils. He has since produced gourmet packages of cocoa with this in mind.

But why do it at all? It turns out that raw cocoa is more potent than many of us considered. According to OZY, raw cocoa rushes endorphins into your bloodstream and relaxes your body with magnesium, plus it’s loaded with flavanols that increase blood circulation and stimulate brain power. Cocoa also contains anandamide and phenylethylamine, which enhance moods without clouding or distorting them. In addition to Persoone’s snorting method, the effects of raw cocoa can be felt by ingesting it in liquid or pill form.

However, those effects could also be a placebo effect; the director of research and development for Mars Symbioscience told OZY that any mood alterants present in cocoa weren’t enough to get anyone high in the traditional sense. It’s also worth mentioning that snorting cocoa isn’t as new and groundbreaking as reports suggest; Mesoamerican civilizations like the Mokaya and the Aztecs used it recreationally thousands of years ago.

While this trend hasn’t really hit America yet, the FDA doesn’t see any harm coming from it, so it may very well catch on here before too long. In the meantime, Persoone is importing his Chocolate Shooters to the US. Watch a video of the shooting below.