Where Did Pastrami Originate From? 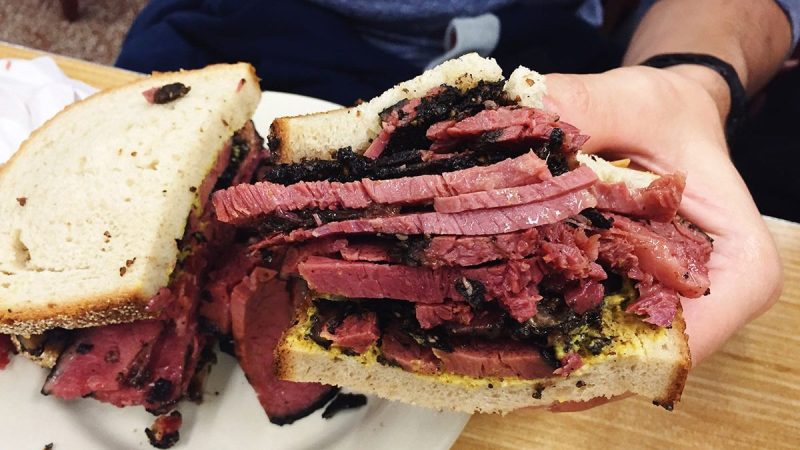 Many of us love pastrami, but do we know where it comes from, or how it got to the United States? If you don’t know, that’s okay; its origins aren’t entirely clear. On a recent episode of The Meat Show, host Nick Solares  sat down with Texas Monthly barbecue editor Daniel Vaughn to talk about what pastrami is and where it came from.

For context’s sake, it’s important to note that pastrami isn’t a specific cut of meat like, say, brisket. Rather, it broadly defines a cooking, brining, and curing process that can be applied to multiple cuts of beef. Whether it’s barbecued or prepared in a deli, pastrami’s calling cards are its thick bark, smoke ring, and tender, pink interior.

As for where it came from, there are two theories. The most popular opinion is that pastrami was based on a Romanian dish called goose pastrama. When Romanian immigrants couldn’t recreate pastrama in New York City, they modified the recipe and ingredients, creating beef pastrami in the process.

Daniel Vaughn’s theory is that pastrami came to America through Texas first, through the preserving techniques of Czech and German butchers who emigrated there.

Watch Solares’ discussion with Vaughn below and see which side you support.