(Getty Images)
By Will Levith 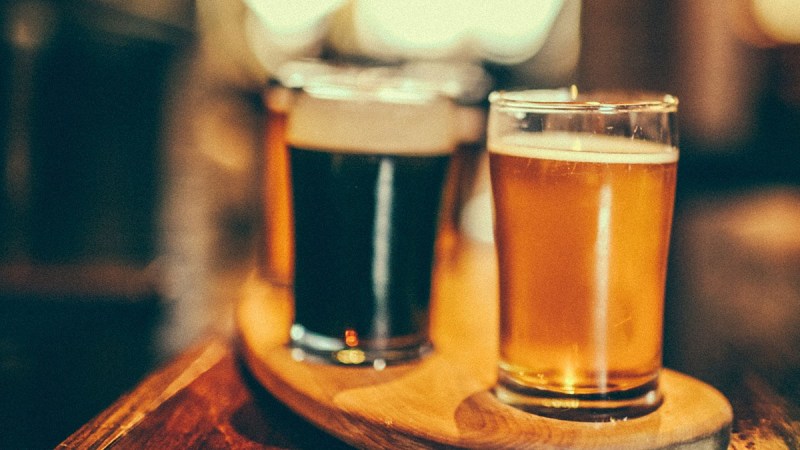 Summer is about swimming pools, backyard barbecues, and cold bottles of beer. Usually, you just reach for the usuals—Corona, Bud, Coors, or Pabst (if you live in the hip part of town). But the world of beer-craft is filled with a range of alternatives, some that may surprise you. Below is a list of five such beers—with unexpected flavors—that you should try this summer. At the bottom, watch a teaser video on the Extreme Beer Fest, which takes place next February 3-4, 2017, in Boston.

Maple Bacon Coffee Porter (Funky Buddha Brewery) – Start your morning off on the right foot with what the brewery describes as a “diner-style breakfast in a glass.” The porter smells of maple syrup, coffee, and cream; and taste notes include sweet malt, toffee, and salted chocolate. As far as we know, no pigs were involved in the brewing of this beer. For a full list of Funky Buddha’s beers, click here.

Peanut Butter Back 40 Wheat Ale (Lionstone Brewing) – If you’re reminiscing about your younger days and those PB&Js your mom used to pack you for lunch, this is your beer. Lionstone produces this wheat ale, which tastes of both peanut butter and banana. Drink it directly after that Maple Bacon Coffee Porter, and you’ll have a quasi–Elvis sandwich in your mouth. Learn more about the brewer here.

Undercover Cucumber (Historic Brewing Company) – While you could certainly get your cucumber fix with a Pimm’s Cup, why not try this cuke-and-basil flavored summertime lager? The Flagstaff, Arizona, brewer only makes it during the summer months, so get on it. For more on Historic’s seasonal offerings, click here.

Son of a Peach (RJ Rockers Brewing Company) – This golden American wheat ale is brewed with South Carolina–grown peaches—and is RJ Rockers’ best-selling bottle. We suggest pairing it with a little Eat a Peach.  Get it year round at the Spartanburg, S.C., brewery. For more on the brewery’s beer lineup, click here.

Dock Street Walker (Dock Street Brewing Company) – This American pale stout is the perfect companion for a chilly summer (or early fall) night of binge-watching AMC’s The Walking Dead. The Philly-based brewer produces it in honor of the show, with a not-so-subtle tip of the cap to its title villains: There are actual goat brains brewed right into it. (Trust us, it’s a delicious, heady sort of beer.) Interested in tracking some down? Contact Dock Street here.