A look at The Macallan’s $186 million distillery redesign doesn’t require a trip to Speyside.

Since 2012, the world of whisky connoisseurs has been abuzz with the news that The Macallan would, at some point in the near future, debut a new distillery at their headquarters in Scotland’s Speyside. Thankfully, that day is finally here. Some three years and six months of construction later — along with $186 million in investment — the new distillery has opened its doors in the region chock full of distilleries form fellow brands like Aberlour and The Glenlivet. Slated to increase production by approximately a third, the facility is certainly worthy of an overseas journey. However, the good folks at The Macallan also realize that may not be in the cards for everyone, so they’re kindly bringing a sample of the experience across the pond.

From July 25-27, Whisky-discerning commuters and tourists alike will be able to save a few bucks on airfare and experience a piece of the famed distillery first-hand in Grand Central Terminal. The replica, located in the transport hub’s Vanderbilt Hall, takes a page from The Macallan’s new playbook that seeks to modernize the traditionally antiquated whisky industry that remains largely reluctant to integrating new technologies. With that in mind, guests can expect to take their tasting and distillery experience to new heights thanks to a generous assortment of bells and whistles.

Among them, and perhaps most innovative, is “The Cube.” Billed as a 4D experience, the 360-degree, 15x15x15 projection room a transports a small group of guests straight to the whisky mecca using footage captured with drones and remote-controlled robotic cameras. 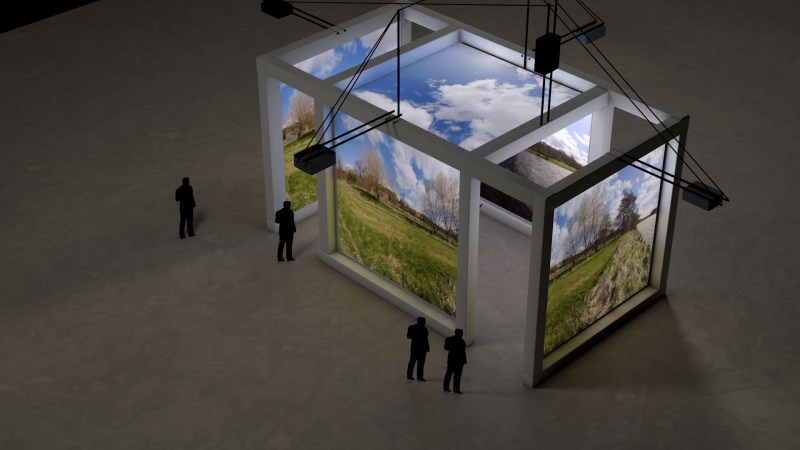 A rendering of “The Cube” (The Macallan)

But that’s not all. The space also includes cutting-edge wind and scent diffusion technology matched to the footage, and should you want to take the controls, the cube’s fully interactive leap motion controls allow guests to guide the experience themselves. Using a mid-air gesture of their hand, visitors can easily select which parts of the distillery they want to learn about. Of course, to cap it all off, sample drams of The Macallan’s newly released Edition No.4 whisky along with bites of traditionally inspired Scottish fare are available too.