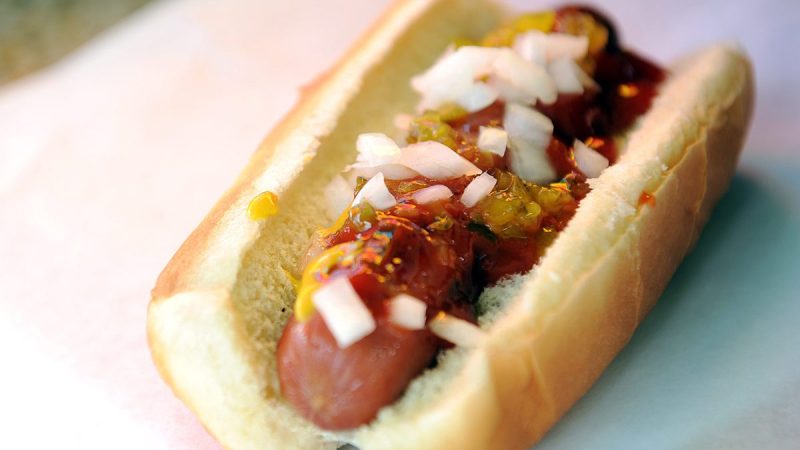 You’re not crazy; “Coney Island hot dogs” make you think of the Cyclone, the Fourth of July, and a table of eaters jamming tube-steaks down their throats like machines. They’re as much a part of New York City history as the Yankees or swearing at motorists.

But to the Detroit middle class, the “Coney” has a completely different meaning. The Michigan-based version of the dog, which has several different local variations, is your run-of-the-mill grilled German wiener topped with chopped onions and mustard—but with a distinctive red sauce that resembles chilly and has a beef heart base. 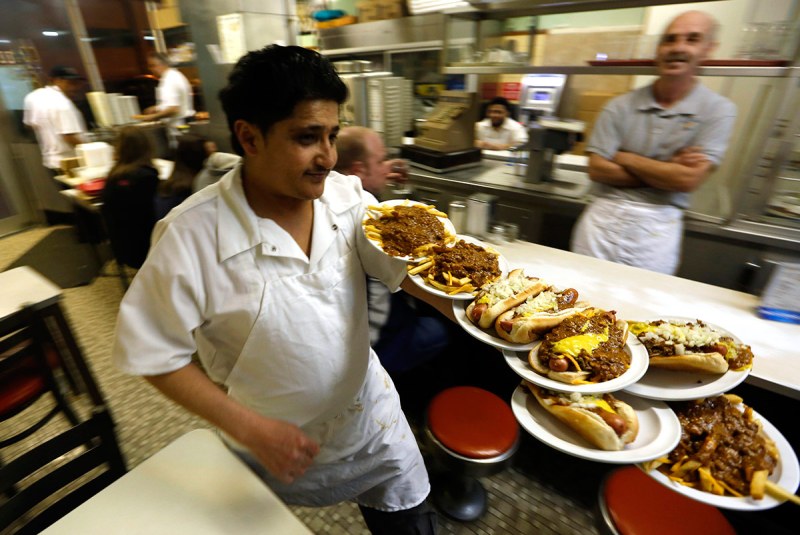 Faisal Ali delivers orders at Lafayette Coney Island in Detroit. Smothered in chili sauce, mustard and onions, the Detroit-grown Coney Island hot dog remains a gastric constant in a city thats seen its people, businesses and, at times, its hope flee. About 140 Coney Islands are listed in Detroit, compared to 72 McDonalds, Burger King, Wendys and KFC franchises in the city, according to online directories and the four fast food companies. (Jeff Kowalsky/Bloomberg via Getty Images)
Bloomberg via Getty Images

How did the Detroit Coney rise to popularity? According to NPR’s “The Salt”, the hot dog’s coming out party was in the 1920s and 1930s, when workers flocked to Detroit to work for Henry Ford’s production lines. Greek immigrants, who had entered the country via New York City’s Ellis Island, brought it with them and added their own recipe to it. They were (literally) eaten up by Detroit’s working-class laborers, who needed cheap options for daily meals. Read NPR’s take here.

Listen to an “All Things Considered” recording done about the Detroit Coney below.