This photo taken on July 26, 2016 shows Singaporean hawker Chan Hon Meng chopping braised chicken at his Hong Kong Soya Sauce Chicken Rice and Noodle stall in Singapore. Chan is one of two "hawkers" -- so-called because many started out as street peddlers -- awarded one star by the culinary bible Michelin, when it launched its inaugural Singapore guide in late July. / AFP / ROSLAN RAHMAN / TO GO WITH Lifestyle Singapore food Michelin,FEATURE by Elizabeth Law (Photo credit should read ROSLAN RAHMAN/AFP/Getty Images)
By Matthew Reitman 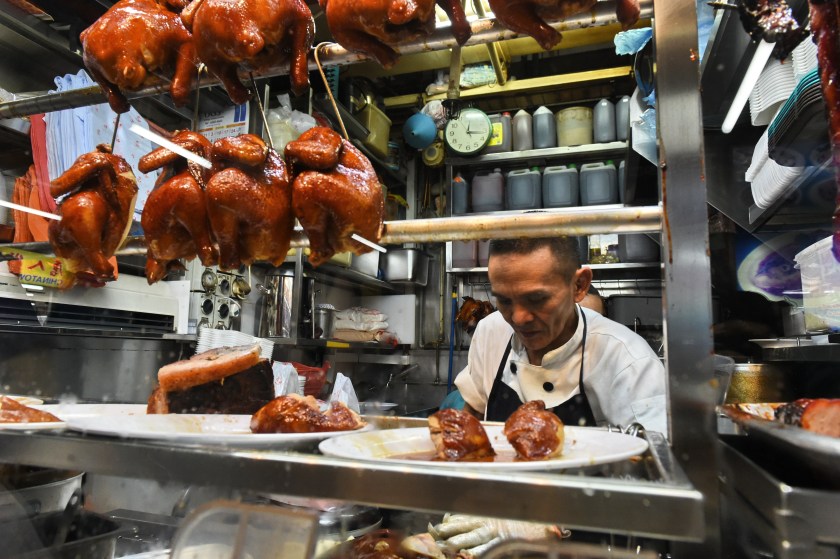 Chan announced his partnership in a joint press conference with the Singapore-based culinary giant, which holds the Asia franchise for the popular Tim Ho Wan chain. The new partners will collaborate on a Singaporean restaurant before expanding across the region. “I’m very happy to find the right partner,” Chan told reporters. “It’s important that they are very enthusiastic about the food and beverage industry and they put their customers first.”

Their first venture will be a restaurant called Hawker Chan, which will offer the signature chicken dish Chan currently serves at his stall in Singapore’s Chinatown. The Malaysian-born Chan is one of two “hawkers”—so-called because many started out as street peddlers—awarded one star by Michelin, when it launched its inaugural Singapore guide in July. Hawker Chan will seat 80, and be just three minutes’ walk from Chan’s current stall. It’ll be an air-conditioned, sit-down dining spot with higher prices. Chan will get a 50 percent stake in the restaurant, whose setup costs are estimated at $720,000. 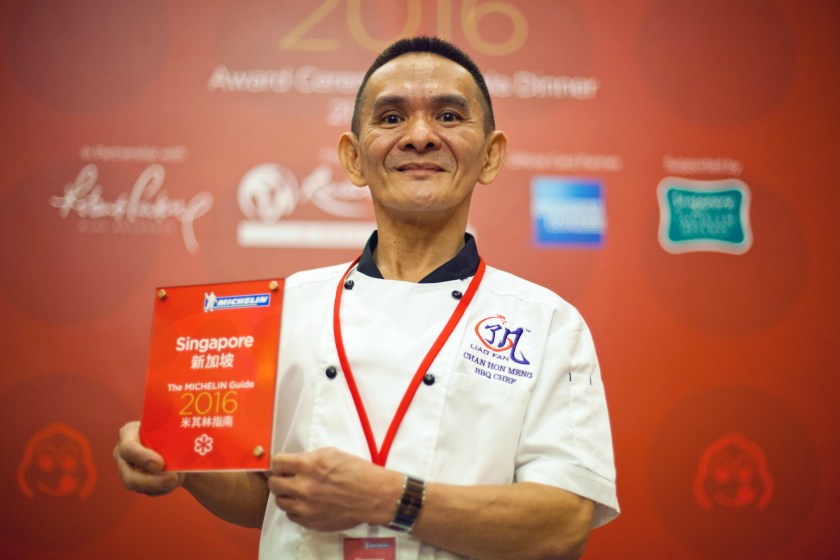 Chan’s stall, which serves up his award-winning dish for just $1.80, has been called the cheapest Michelin-starred food establishment in the world. His wife and other family members will continue to run his stall while he oversees operations at both outlets.

Hersing chairman Harry Chua declined to give a timeline for international expansion, with financial terms for future outlets to be negotiated between the two parties. Hersing holds the Asia Pacific franchise rights to Tim Ho Wan, a Hong Kong dim sum chain that has also been awarded one Michelin star. It has 38 Tim Ho Wan restaurants in nine countries, including Australia, Taiwan, and the Philippines. Chan in previous interviews indicated his desire to “be like Tim Ho Wan.”

The diminutive cook saw his fortunes change after he was awarded a Michelin star, with diners lining up for hours just to order a plate of chicken and rice. “I’m very happy that I can bring something small that belongs to Singapore … across the world,” he said Friday. “If you work hard, you can be recognized and your day will come.” —Relaxnews

Learn more about Chan Hon Meng and his road to success in the video below.