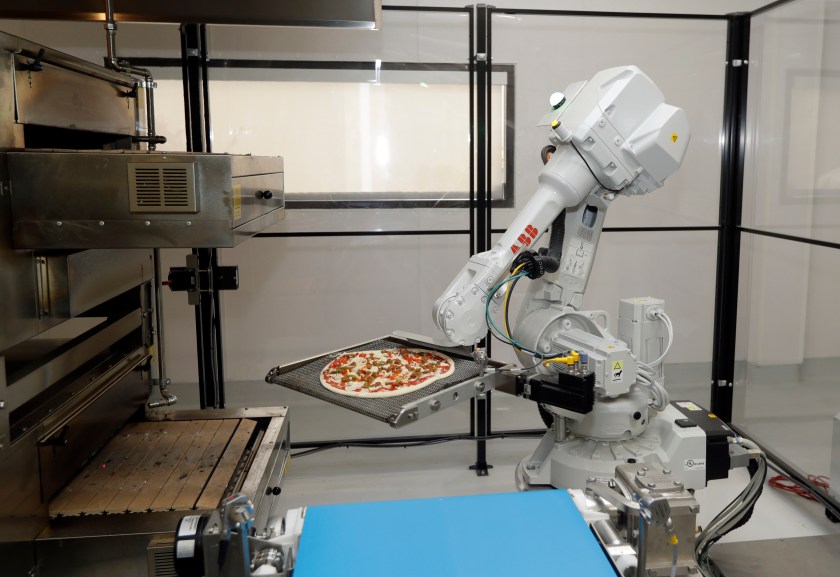 In this Monday, Aug. 29, 2016 photo, a robot places a pizza into an oven at Zume Pizza in Mountain View, Calif. The startup, which began delivery in April, is using intelligent machines to grab a slice of the multi-billion-dollar pizza delivery market. Zume is one of a growing number of food-tech firms seeking to disrupt the restaurant industry with software and robots that let them cut costs, speed production and improve worker safety. (AP Photo/Marcio Jose Sanchez)
AP

Zume Pizza already made a name for themselves by converting their delivery vehicles to bake pizzas during delivery, and now they’re taking their disruptive business model one step further by building robots that make pizza. 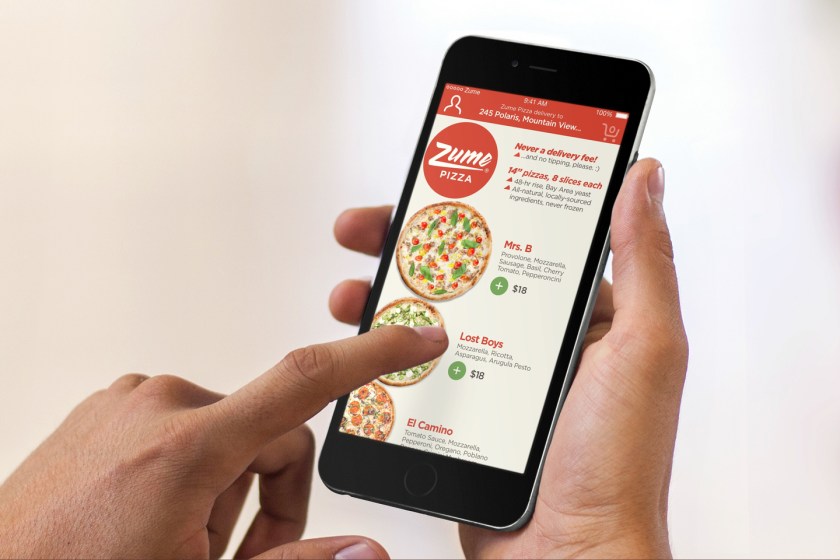 Zume Pizza uses the sales data it receives for its app and website to help meet demand. (Courtesy Zume Pizza)

Robots also take and process incoming orders using artificial intelligence. “Pizza ordering is incredibly predictable,” Zume co-founder Julia Collins told KPIX, by way of explanation. “Most of our customers order according to a rather habitual sort of method. So, what we can do is use artificial intelligence and machine learning to predict what orders are going to be available for us to fulfill.”

Zume plans to have 80% of their kitchen automated by March 2017, and is currently working on shaving their delivery time down to five minutes. They also claim that high levels of automation will lower prices, but so far that hasn’t happened yet; a Zume large pizza costs between $1 and $4 more than a large from Domino’s.

Scroll down for a TechCrunch video about Zume’s automated kitchen and ordering process.