Priced at $30, the Stanford White burger is the new face of the power lunch.
Lambs Club
By Evan Bleier @itishowitis

Much as it did about two years after the events of September 11, 2001, and then again in the aftermath of the Global Financial Crisis less than a decade later, the power lunch is making another return to full strength in Midtown Manhattan for a certain sect of midday munchers as the COVID-19 pandemic slides into the rearview mirror.

At least that’s what chef Michael White, the thrice-over-Michelin-starred pasta master formerly behind acclaimed Italian restaurants such as Marea and Ai Fiori, has seen at his restaurant since he reopened The Lambs Club in April after the 44th Street eatery took a two-year hiatus due to the pandemic.

“After two years of only being able to see each other on Zoom or on the computer, I can’t tell you the enthusiasm that people have about coming back into restaurants,” White tells InsideHook. “I don’t know the analytics of it, but I really feel people are making an effort to go to lunch and to conduct business meetings back inside restaurants because they haven’t been able to do it for a couple of years. A lot of times it’s a one-course meal. They’re talking business and they want something quick to keep them going strong. You have to be expeditious at lunchtime.”

A pre-lockdown favorite of the finance and media execs who call Midtown offices their homes away from home as well as theatergoers looking for a pre-show nosh somewhere upscale yet familiar, the American-style restaurant was previously in the hands of Food Network celebrity chef Geoffrey Zakarian. Now in White’s control, The Lambs Club has undergone somewhat of a reset and now boasts a lunch menu led by a sandwich-and-salad section that includes the $30 Stanford White burger, an eight-ounce blended patty from Pat LaFrieda topped with raclette, pickled red onion and dijonaise that’s named to honor the 1905 space’s architect.

An anchor of the revamped American menu, the burger is buoyed by the foreign-born cheese that oozes over its patty’s pores. “It’s got that drip,” White says. “Raclette cheese is usually torched on the side, shaved off and put on a sandwich. We’re slicing it and putting it on the burger. The raclette works really well with the custom short-rib blend — it just doesn’t stay on top. The cheese melts down the side and really encompasses the whole burger.”

Also loaded with appetizers such as asparagus soup with creme fraiche and smoked salmon served with cucumber, avocado and caviar as well as entrées including orecchiette and a classic New York strip steak, the rebooted menu at The Lambs Club was designed to bring a fresh perspective to the restaurant’s promising past as power lunch destination.

“Respecting tradition is important and something people will remember. I’ve never had a chop salad on a menu before, but we’re doing a beautiful chop salad,” White says. “When people are coming into a meeting they want a salad they don’t have to cut so they can focus on their guests. That’s why a chop salad or a club sandwich works so well. I’ve never done club sandwiches anywhere other than in hotels, but we’re applying method and technique to make an amazing sandwich here. When I go to a business meeting, I don’t want something that takes a lot of work to eat. It’s definitely a thought process. You have to keep it clean.”

White has been doing just that, and it’s been keeping the dining room at the Lambs Club busy during lunchtime.

“When I think about a power lunch, I think about New York City and million-dollar deals. It definitely invokes NYC and business,” he says. “I’ve been doing this for 20-plus years and I can’t tell you the number of deals that have happened in the restaurants I’ve been working in. Noticing customers from other restaurants I’ve had in New York come into The Lambs Club to see me is great. With a sales deal, it takes months and months in order to monetize it and get the gratification. Chefs and cooks get instant gratification. If someone enjoys something you’re making, that’s what keeps you pumping and going. Having people come back is very rewarding and humbling at the same time.” 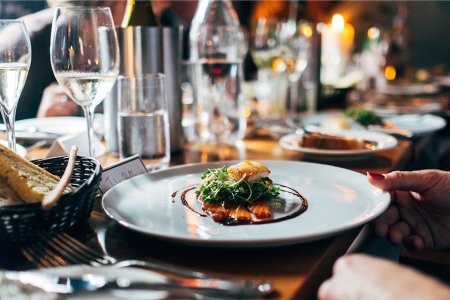 This Is Power Lunching for the Digital Age 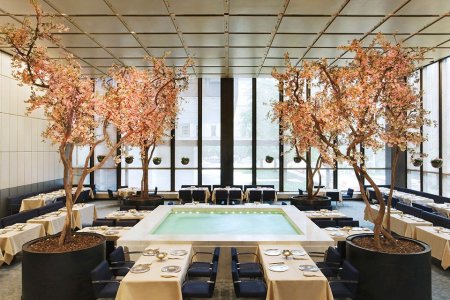 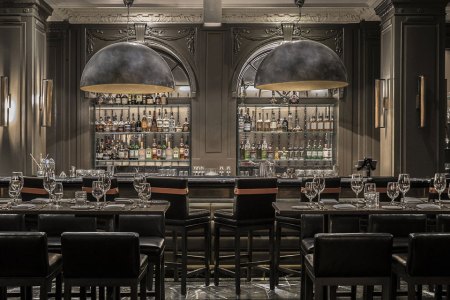 Where the Hell Am I Gonna Power Lunch Now?