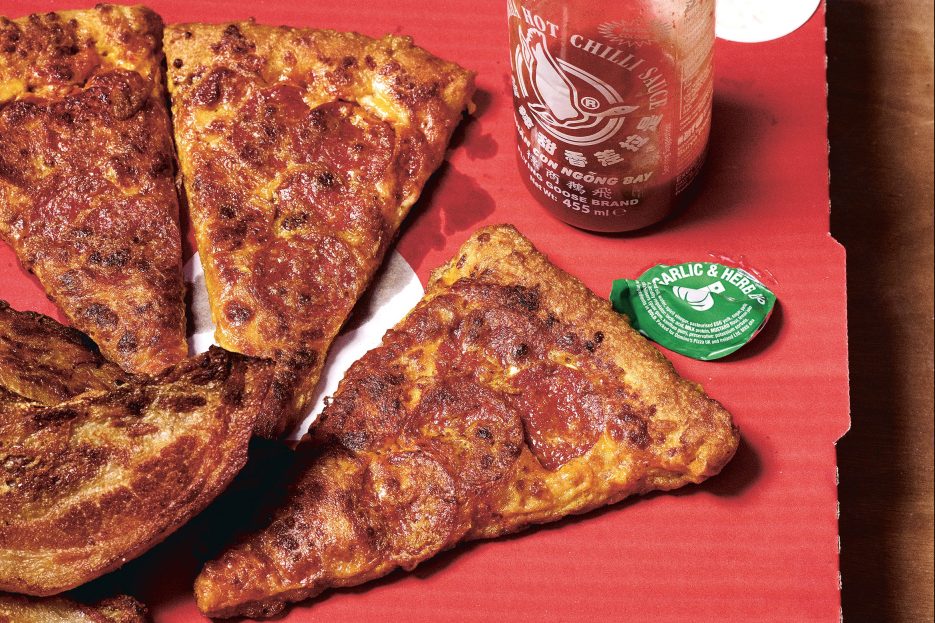 With an eclectic menu featuring dishes like squid ink flatbread, shrimp-encrusted pigs’ tails and prune doughnuts, London chef Lee Tiernan’s restaurant Black Axe Mangal serves up some of the most interesting fare you can find on his side of the pond.

Named by randomly making three selections from a list of words Tiernan and his wife Kate decided they liked, Black Axe Mangal began as a pop-up in the rear of a nightclub in Copenhagen but is now located in an old Chinese takeout joint in North London with enough room for 20 guests.

Originally intended to be a kebab shop, Black Axe Mangal has morphed into a heavy metal-playing hangout where Tiernan lets his imagination run wild and then cooks up the results, sometimes using the restaurant’s wood-fired oven.

“I love kebabs and I eat a lot of them, but I didn’t want to just focus on one thing,” Tiernan tells InsideHook. “What I didn’t want to do was pigeonhole myself and I felt like I was cooking food other people wanted to eat rather than cooking food I wanted to eat. My wife was instrumental in talking to me around to the fact that this is our restaurant. We don’t have to answer to anyone and I can just cook the food I want to cook. That was the best bit of advice that I’ve had in years. And that’s when we started to explore just making good, tasty food without caring where it came from or where the inspiration came from. As long as it was tasty and worked with the rest of the dishes on the menu, then it could go on.”

A perfect example of this attitude is a dish Tiernan came up with after inspiration struck while he was looking through his fridge: leftover pizza French toast.

“I love pizza. I don’t think there’s such a thing as bad pizza,” he says. “There’s even something nice about shit pizza. One day I was looking at some cold pizza in my fridge and I just thought, ‘Yeah, I could soak that in egg and fry it. That’d be f*cking amazing.’ I had it with sriracha sauce and it just worked. It works well with Domino’s because the bread’s a bit thicker so it absorbs a bit more egg. The pure shittiness of a chain takeaway pizza lends itself perfectly to this dish. But I have done it with good New York-style pizza and it does work.”

“This could quite possibly save your life when you’re hungover. It goes really well with lager,” he says. “What people have got to remember is it’s not going to be like an eggy bread [French toast] experience. It’s pizza that’s been soaked in egg and then fried. So it probably has more calories in it than a Big Mac. It’s not something I would serve at dinner. It’s something you might just do when you get home from being out all night and just go for it.”

Since the pizza actually isn’t on BAM’s menu and the restaurant is, you know, in another country and all, your best option for trying out the last hangover cure you’ll ever need is making it at home.

To do that, you’ll need a wide, shallow bowl that’s big enough to fit a pizza slice and a non-stick or well-seasoned frying pan or skillet. In terms of ingredients, get three egg yolks, a half-dozen leftover pizza slices, some chilled butter, salt and freshly ground black pepper. Here’s the recipe, which can also be found in Tiernan’s first cookbook Black Axe Mangal:

Preheat the oven to 110°C/225°F/Gas Mark ¼. Beat the egg yolks in a shallow bowl or dish that’s big enough to accommodate a pizza slice. Place the pizza slice in the egg for 2–3 minutes, turning a couple of times until well coated. Repeat with the rest of the slices. Place a non-stick or well-seasoned frying pan over medium heat, add a knob of butter, wait for the butter to froth then add the pizza slices crust-side down. Season the topped side with a pinch of salt and a grind of pepper. When the crust side is golden, flip and fry the topped side. Drain on paper towels, then keep warm in the oven while you fry the rest of the slices. To serve, pile onto a large platter, along with any of the suggested sides (crispy bacon, grilled pork sausages, grated Comté, Ogleshield or Emmental cheese, Marmite) and condiments (ketchup, hot sauce, sriracha, maple syrup). 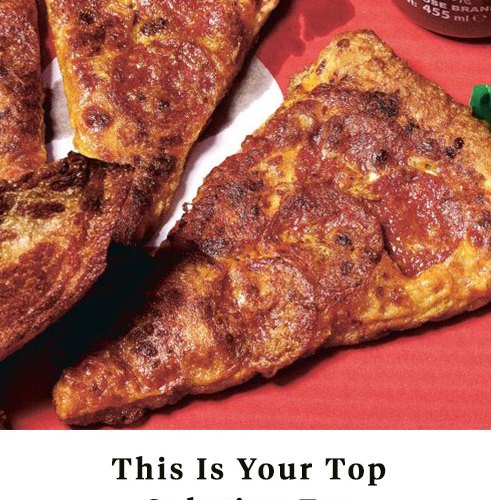 Dads Are the Butt of Every Good TikTok Joke Now

Quarantined for over a month, kids are mercilessly messing with their fathers for viral fame

Get Fit, Save Money With Best Buy's Home Gym Sale

Take up to 40% off name-brand fitness equipment

For the First Time Ever, Le Creuset Is Throwing a Sitewide Sale

Take 20% off all full-priced cookware. All of it.

Bonobos Is Putting Together "Remote Life Bundles" at 25% Off

A sharp, admittedly lazy and social-distancing way of looking your best

These Gorgeous Cuts of Japanese Wagyu Are 40% Off

Bring the steakhouse to you

Get 20% Off These Two Iconic Sneakers

The Nike Blazer and Chuck '70s will never fail you

There Are Too Many Menswear Deals at Faherty's Warehouse Sale

At prices up to 70% off, you could knock out your entire summer wardrobe