(The Connaught Bar)
By Adrian Lam 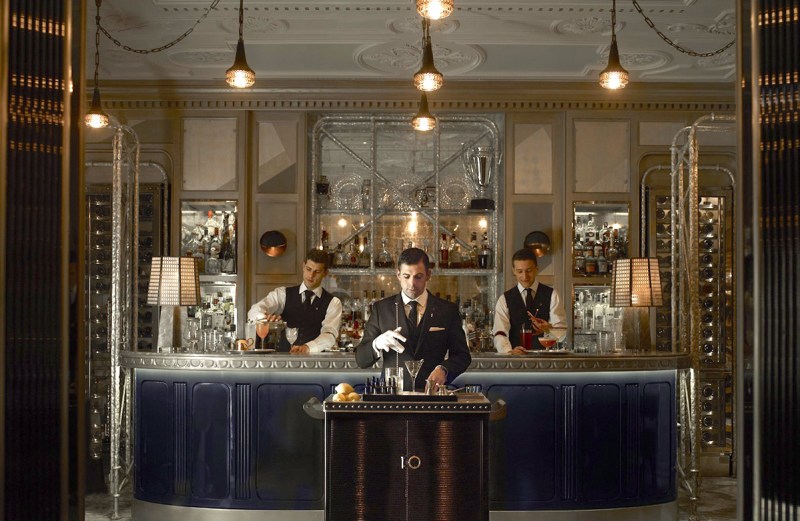 Luxe London watering hole The Connaught Bar has been named the best cocktail bar in the world by experts at an industry event that recognizes the best mixologists, cocktail menus, and bars.

At the 10th edition of “Tales of the Cocktail” in New Orleans, The Connaught Bar was bestowed with the most coveted award of the night and pronounced the world’s best bar of 2016.

The winner is determined by tallying the number of total votes cast for both American and international finalists across five of the main categories, such as best cocktail bar, cocktail menu, and hotel bar. Votes are cast by a panel of 100 industry experts.

Located within the luxurious Connaught Hotel in one of London’s most exclusive and fashionable neighborhoods, Mayfair, the bar was designed by David Collins, whose credits include restaurant interiors for Marco Pierre White, Marcus Wareing, The Wolseley, and Gordon Ramsay.

He has also designed retail interiors for Jimmy Choo and Harrods, as well as Madonna’s New York and London apartments.

Cocktails like the Mulata Daisy (made with eight-year-old rum, creme de cacao and fennel seeds) and the Sakura (made with Pear Williams EDV, cherry blossom liquor and plum wine) are created by white-gloved bartenders in suit and ties or crisp white shirts and black vests.

The bar’s well-heeled guests sink back into plush leather chairs sipping on their $23 cocktails, taking in the glamorous atmosphere of the 1920s-era decor, courtesy of silver leaf walls overlaid with pink, pistachio, and lilac. The Connaught also took the award for best international hotel bar.

Other big winners of the night include tiki bar Smuggler’s Cove in San Francisco, which took home the award for best American cocktail bar; and Happiness Forgets, which has been described as the British equivalent of Cheers, for best international cocktail bar.