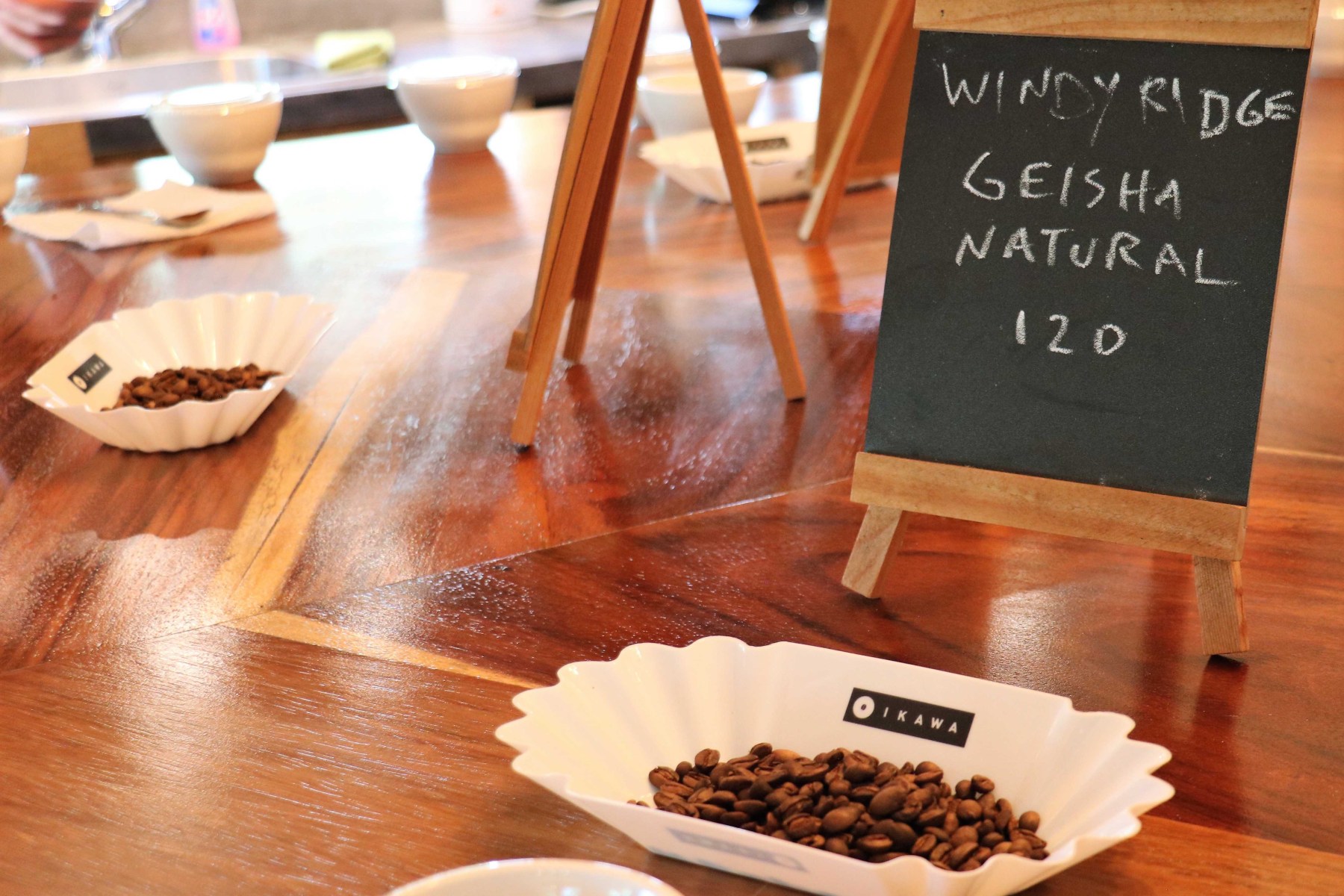 It’s exactly like a perfect coffee commercial: a golden halo peeks over the horizon as midnight blues and then fiery reds give way to the pastel painting of a fresh morning. It’s sunrise atop Barú Volcano, where, from Panama’s highest point, at 11,400 feet above sea level, your eyes can scan from the Atlantic to the Pacific Ocean with a quick swivel of the head. Stretched out below and extending into the distance are waves of lush hillsides where a prized Panamanian product is grown. The fincas of Boquete and the surrounding Chiriquí province are home to the Geisha coffee bean, a sought-after variety which has turned into a global phenomenon; so strong is the clamor for Panama Geisha that world records are annually set and smashed, with auction prices topping $1,000 per pound.

Those sunrise views may be reward enough for some, but for me, after groggily rolling out of bed at 2:30 in the morning to begin ascending the volcano in time for sunrise, my reward is the reinvigorating cup of coffee in my hand, the delicate and floral flavors of that Geisha, a labor of love for the generations of passionate and dedicated families whose farms dot the landscape below. That fortuitous caffeine fix is no coincidence, of course. The sunrise expedition and the coveted coffee I sipped from were part and parcel of the 3rd annual La Cosecha, an event founded by food writer-turned-entrepreneur Jorge Chanis that celebrates the country’s prestigious coffee culture and the allure of the special slice of earth from which it springs.

How the Geisha Coffee Bean Arrived in Panama

The Geisha bean hails from Ethiopia — where all undomesticated coffee originated — though it was never known as a standout variety before finding its way to Costa Rica and then Panama. “Geisha is the Panamanian version of the Malbec grape,” says Roberto Brenes of Auromar Geisha, and a founding member of the Panama Geisha committee. “Malbec was always looked at as being for a blend; the word means ‘bad mouth.’ Then Argentina took Malbec and look at what happened, it’s a huge grape there. It’s the place and terroir, and that’s what happened with Geisha.”

Consider that Panama is a tiny producer by global standards, accounting for less than one percent of the world’s production. “We are a footnote in the world coffee statistics,” Brenes says.

Yet the country rakes in more 95-point grade coffees than any other. “Our region is so small but pound-for-pound, we are leading the world,” says Wilford Lamastus, Jr., the fourth-generation producer from record-breaking Lamastus Family Estates, himself a two-time Panama Brewers Cup Champion.

What Geisha needed was a chance, and the perfect mix of conditions, including Boquete’s soil, an ideal elevation range between approximately 1,500 and 1,750 meters, and all the other just-right factors which add up to a specific region’s terroir. “The microclimates in Boquete are just incredible, and the volcanic soil is amazing for growing coffee,” says Stefan Muller of Café Don Benjie.

“I’ve been telling people for years — it’s not just about the Geisha, it’s about the terroir here, too,” says Justin Boudeman of Longboard Specialty Coffee.

From Overlooked to Record Books

Geisha was brought to Panama because it was resistant to coffee rust, an invasive fungus. However, its production still wasn’t prioritized due to its low yields, the result of producers being unwilling to put in the intensive work required of it.

“Geisha is a low-producing variety,” Muller says. “If you prune it right though, it produces a lot. But that takes a lot of work, which not everyone was interested in doing.”

That is until a twist of fate led a few producers, notably Hacienda La Esmeralda, to begin showcasing the variety amidst the emergence of specialty coffee in the 1990s. Enter Daniel and Rachel Peterson, whose grandfather started the family’s coffee farm in the ’70s. “We were still in the era of farmers handing over a bag of coffee as a commodity product, not knowing what it tasted like,” Daniel Peterson says.

La Niña storms in 1999 wiped out the bulk of their coffee plantings. One of the scant few survivors was a Geisha, and now finding themselves dependent on the variety, Esmeralda began focusing on its production, eventually moving plantings to the higher elevations now considered in the sweet spot for its growth.

“My first impression was that: ‘Wow, I screwed up!’” Peterson says of the first new vintage, back in 2004. “It was just so different,” he continues, noting flavors of jasmine and peach syrup.

Such flavors are now signatures for Geisha, which is known as floral and fruity, uniquely showcasing both a soft, nuanced nature alongside robust depth and a long-lasting finish. “It’s not a coffee-type coffee, it’s a tea-type coffee,” Brenes says.

Despite Peterson’s misgivings, Esmeralda’s Geisha took first place in the 2004 Best of Panama competition and auction, and ultimately ended up resetting the entire field. “We had no idea at the time how it would change the industry, and it started here,” Peterson says. “It put Panama on the map simply because of the innovative spirit that people have here. We all feed off each other.”

Esmeralda set a record at Best of Panama with a price of $601 per pound in 2017, broken by Lamastus Family Estates with $803/lb. in 2018. The Elida estate from Lamastus shattered its own record, reaching $1,029/lb. in 2019, while outside of the Best of Panama auction, producer Ninety Plus has made private sales of its coffee for several times more, including a record-setting sale of its Geisha in Dubai at a price of $10,000/kg, or roughly $4,500/lb.

Is It Worth the Price of Entry?

In the case of Geisha, the difference between a $30/lb. coffee and a $100/lb. or $1,000/lb. coffee begins with ratings received from a competition such as Best of Panama. “The competition is what starts to pull the market up,” Lamastus, Jr., says. “A $1,000 coffee might just have a slight difference, a point or two in grades, a little bit better, but by winning the competition, that’s what certified it in the market.”

That also means that at select quality roasters and shops across the U.S., you can find excellent Panama Geisha available for prices that don’t require loans or down payments. Prices may only continue to rise though, particularly when you consider it’s still early days for the coffee-as-luxury-product market in comparison to a consumable such as wine.

“Coffee as a luxury item is really in its infancy,” Boudeman says. Back to wine, consider the glitzy and tourist-friendly visitor centers from Napa to Bordeaux or Tuscany, the endless array of glassware, and the effort that restaurants put into their programs, as but a few points of comparison indicating how much room there still is for the luxury coffee market to grow into itself.

“Geisha has this intangible aspect, and all of the coffees on the specialty market have gone up with it — it increased the value of specialty coffee on the whole,” Lamastus, Jr., says.

“The bar for coffee, the standards, they’re going up every year,” Peterson says. “People expect excellence from Panama.”

When you take a sip of Geisha, you’ll probably agree that Panama is delivering on those massive expectations. I might never buy a $1,000 pound of coffee back home, but I do know that the day after I returned from Panama, I made a few cups in my French press and it was the best coffee I can ever remember drinking at home. Sure, I noticed its delicate profile and its floral nuances, but even more so, I appreciated all of the hard work and passion that made it possible, and I thought of the people who grow and prepare that coffee, people who want nothing more than to share it with the world. You can’t really put a price on that. 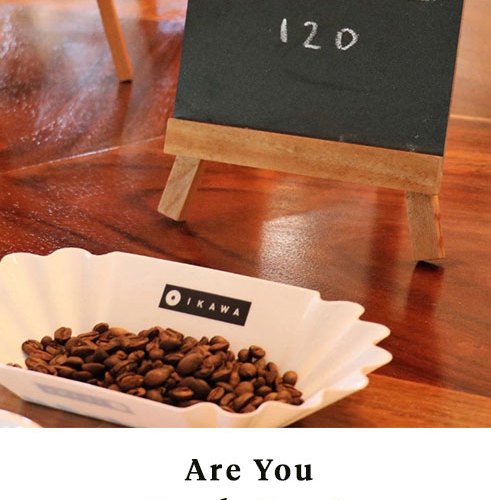