Finally, Someone Combined Beer and Donuts

And never the mmms shall meet.

The new brew combines the rich cocoa of Allie’s double chocolate donuts with Narragansett’s signature porter. You like chocolate porters? Here you go.

According to the brewers, this “mash-up” is brewed with chocolate malt, dark crystal malt and cocoa nibs then finished with subtle hints of vanilla. It retails for a reasonable $8.49-$9.49 per six pack and packs a solid 5.5% ABV. Won’t find that in a cronut.

The donut beer is just another in the line of local/unusual collaboration from the brewer — they’ve previously worked with local coffee companies and crafted limited-edition skate decks with a local skateboard company called Tasty.

Unfortunately, availability is restricted to the East Coast, Tennessee and Portland, Oregon. And for now, it’s a limited run for this season only. So drink up. 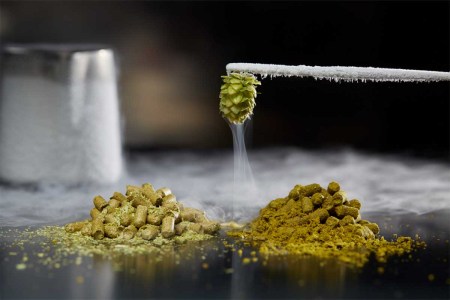