Hey America, Let’s Eat 200 Lbs of the Best Pork Ever

Cochon555 is the best culinary tour of the year

What if your city’s best chefs got together and threw a party?

And it involved bacon? And endless amounts of booze? And invited you and all your friends?

That’s Cochon555, the annual too-good-to-be-true culinary tour that kicks off this month and hits 14 stops around the country.

Here, pigging out isn’t an insult. It’s a command.

The food fest gets under way in New York on January 29. The format: five well-known local chefs cook five whole, 2,000-lb. heritage breed pigs. They’ll each create six dishes for guests and judges, and one will be invited to compete at the tour’s national championship in Chicago in October.

Which is nice for them.

But what about you? A ticket gets you access to all 30 pork dishes, plus a bevy of culinary tastings, from beef tartare to farmhouse cheeses to a ramen noodle bar. Plus, artisanal beer, wine and a variety of booze (tiki bars, smoked Old Fashioneds, etc.), including a cocktail competition-within-a-competition called Punch Kings, featuring your favorite local drink slingers. Plus, butcher demos, auctions and access to a “luxury butter bar,” because why not?

As for what the hell a heritage pig is: they have genetically superior bloodlines, and are known for, as Cochon555’s site notes, “the rich and hearty taste of their meat, distinct marbling, bacon flavors and creamy fat.”

Tickets to Cochon555 start at $125, with VIP tix (which get you early admission and sommelier/cocktail competition tastings) going for $200. Some cities this year are in for a special treat: in New York, for example, rapper Kool Keith and DJ Lord (Public Enemy) will perform a tribute to Keith’s legendary hip-hop album Dr. Octagon.

Cochon555 also sponsors a few other pork-centric events during the year, including Heritage Fire (a live fire roasting of assorted heritage animals, or “3,500+ pounds of fire-kissed meat roasted en plein air by 50+ chefs”) and Heritage BBQ (a whole-hog barbecue celebration) along with Chef’s Course, a rewards card for discerning diners.

Find the date for this year’s tour below.

And once you’re there, feel free to pig out. 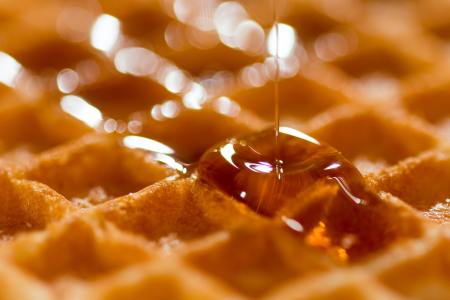