You'll be eating it for winters to come

From Saltwater Table
By Lee Cutlip 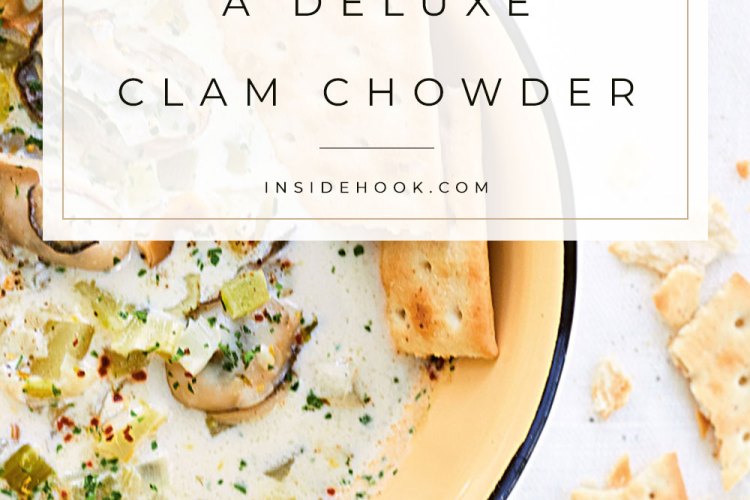 If you’re inclined to think of Southern food as little more than shrimp and grits and fried chicken, then you’re wont to miss out on a lesser recognized, but equally delicious, version of Southern cuisine that hails from the Coastal South.

“A lot of people see Southern food as one identity but it’s so many unique things in the context of Southern cooking,” Whitney Otawka, author of Saltwater Table: Recipes from the Coastal South, tells InsideHook.

Otawka has made her home on Georgia’s Cumberland Island, a National Park and National Seashore. “This is an island with no cars, it’s a very wild place,” says Otawka. It was on the Island, and while working as executive chef at Greyfield Inn, that Otawka came to appreciate and work with the local flavors and native produce, ultimately gleaning inspiration for Saltwater Table, her first cookbook.

“I had always wanted to write a cookbook and it necessarily wasn’t going to be here, ’cause it’s a crazy place to live, it’s wild. But it just sort of came to me one day — I saw what the book could be. It’s a really unique region in the South and I wanted to speak to that uniqueness,” she says.

The result is an ode to Southern Coastal cuisine, replete with recipes that pull flavors from what Otawka calls the “tropical South,” flavors that can be found in places such as Florida and the Carribbean. The book features hearty Southern fare from fish, shrimp, and grits to fried pork chops with Bay Laurel gravy, and several ‘Lowcountry’ dishes. But with the temperature steadily dipping, there’s one recipe in particular that caught our attention.

Despite growing up in the desert in California and not eating much clam chowder, Otawka has come to use the recipe as a cold day remedy. “You know those cold days on the coast, there’s a bit of retained moisture, which makes things more chilly in the winter, and there’s something quite comforting about a hearty, briny sort of dish,” says Otawka.

Now when you think clam chowder, you probably think New England. Otawka’s version of the North East dish is updated to meld the flavor of ‘traditional’ clam chowder with flavors of the Coastal South.

“There’s this kind of famous dish in the South that’s just this oyster pan roast, and that’s what I was doing with this dish is playing homage to that. I mean, everybody loves clam chowder, right? It’s such a comfort food and I think any coastal region that has clams has some sort of clam stew or clam chowder. So for us, it was natural to sort of marry the idea of clam chowder and the oyster pan roast to make a clam-oyster chowder,” she says.

But if the thought of attempting clam chowder on your own, let alone clam and oyster chowder, frightens you, Otakwa assures us it’s a lot easier than it seems. Although Otawka has access to clams and oysters found on the Island, if you’re unable to find good ones nearby, she recommends ordering them online from places such as Island Creek Oysters in Massachusetts.

“It’s a lot easier than you think. I think people get intimidated by oysters and find them difficult. Nowadays you can pop on YouTube and figure out how to shuck an oyster. It’s not wild and crazy, it just needs a little practice. Like anything, it takes confidence. But really the nuts and bolts of it are just being comfortable with shellfish. And if you’ve got good shellfish, you’re gonna be in good shape,” she says.

In a large pot over medium-low heat, melt the butter. Add the shallots, celery, fennel, leeks, garlic, and potatoes. Cook for 10 minutes, stirring frequently. Add the wine. Reduce for 2 minutes. Add the bay leaf and clam juice. Bring to a simmer and cook until the potatoesare tender, about 10 minutes. Add the chopped clams, oysters, cream, lemon zest, and Tabasco sauce. Simmer for 1 minute. Taste for seasoning, as clams will have varying degrees of salinity.

Ladle into bowls and top with chives, parsley, and a pinch of chile flakes. Serve with the saltines.

NOTE Your steamed clams will not yield enough liquid. Plan to have at least 1ó cups (360 ml) bottled clam juice on hand.

In a medium pot over medium-high heat, combine the wine and ½ cup (120 ml) water and bring to a simmer. Add the clams and cover the pot. Steam for 5 minutes. Remove the lid and pick out any opened clams. If any clams remain closed, cover and continue to steam, regularly checking and removing any opened clams until all have been steamed. Discard any that refuse to open. Strain the cooking liquid and set aside for chowder.

When the clams are cool to the touch, remove the meat and discard the shells. Roughly chop the meat and set aside for chowder.

Recipe reprinted with permission from Saltwater Table: Recipes from the Coastal South, by Whitney Otawka, copyright © 2019. Published by Abrams Books.