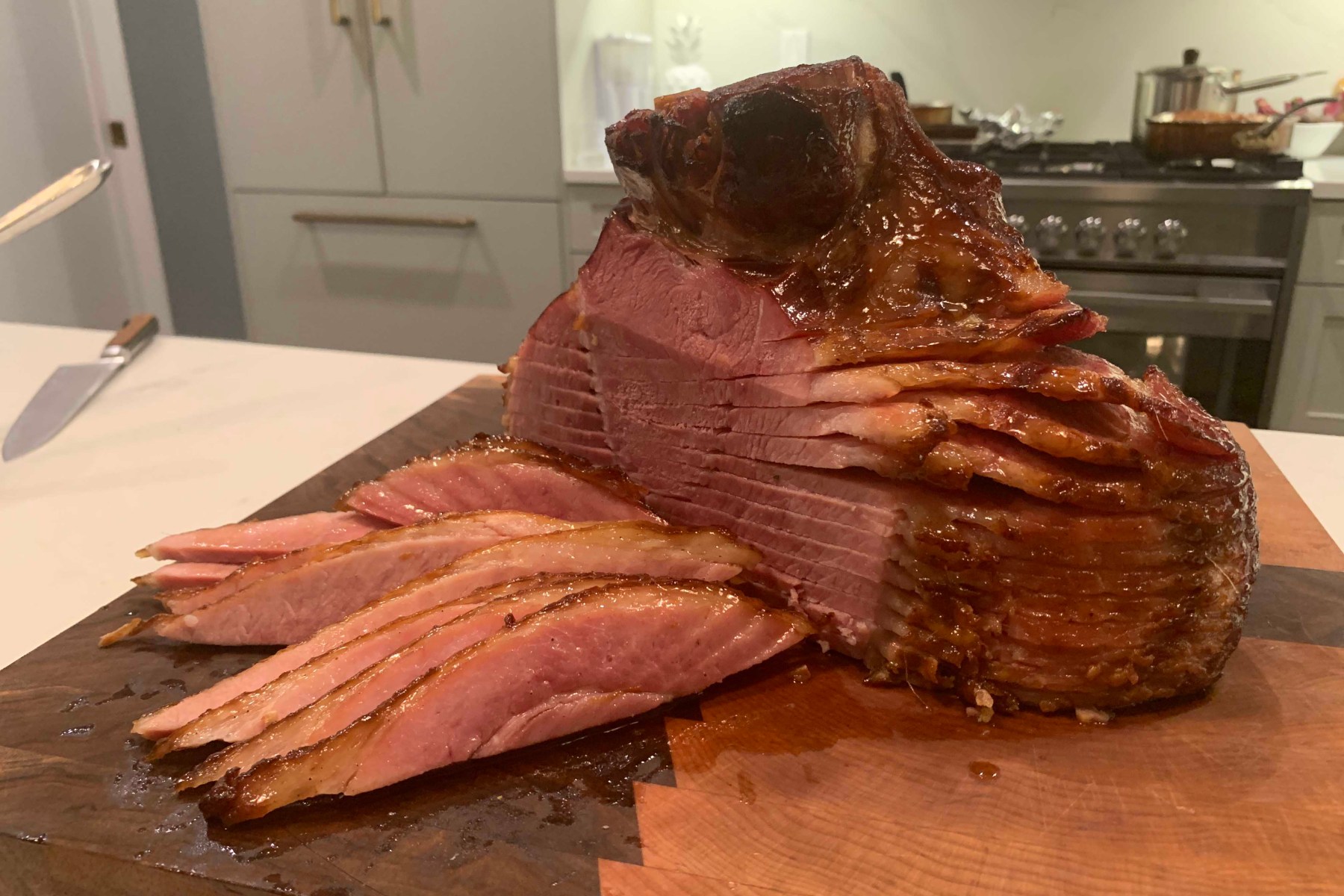 Like many of us these days, New York City-based chef and restauranteur Marc Forgione has been opening his home pantry much more often than usual in search of sustenance. But where some of us see ramen packets, canned beans and jarred pickles, “Forge” sees opportunity.

Searching in his pantry for some pre-Easter inspiration while speaking with his father on the telephone, the former The Next Iron Chef winner came away with the idea of making some whiskey-glazed ham or pork using meat from nearby Dickson’s Farmstand.

“I was just looking around, dusting off some spices and I knew I wanted to do something with pork,” Forgione tells InsideHook. “I’ve done whiskey-cured pork bellies myself, but obviously I don’t have the room or the space to do that. Finding ways to be creative with what was in the pantry was the inspiration for the whole thing. I was probably pouring myself a glass of whiskey at one point too.”

Forgione’s dad Larry, who is also a chef, was also partially responsible for his son’s decision go with a whiskey glaze on the pork for their Easter get-together.

“My dad and I were discussing getting together for Easter, whether it was virtual or in the backyard without getting too close,” Forgione tells InsideHook. “He mentioned that he likes to glaze his ham with orange juice and orange zest. It made me decide to throw whiskey in there.”

Though Forgione doesn’t recommend a specific type of whiskey, he does note it is important to use one that you like.

“Maker’s Mark is going to taste a lot different than Jack Daniels once you turn it into that glaze,” he says. “This is one of those recipes where you’ll always hear chefs say, ‘Oh well if you can’t drink the wine, don’t use it for cooking.’ It’s the same kind of thing. I would definitely recommend if you’re making this whiskey glaze, that it’s with a whiskey you like to drink.”

As for the Easter get-together they were discussing, the Forgiones opted to go with a socially distanced backyard gathering.

“It was actually really beautiful,” Forgione says. “We dug a hole in my parents’ backyard and then made a fire so we didn’t have any going inside. Then, we set up chairs around the fire and we cooked some ramps and green garlic and we had the ham. It was very primal. When we left and got in the car, we smelled like smoke. I have a one-year-old, so he was running around the backyard, and my parents hid eggs. The hardest part was obviously not being able to hug and kiss and do all that. But there was plenty of love felt without having to actually have the physical touch.”

To see if you can feel the love like he did, here’s Forgione’s recipe for whiskey-glazed ham or pork loin.