Only if the word 'gullible' is painted on the ceiling

There is no industry immune to disruption. Case in point: A dude in Switzerland is selling bottled air. If he sells even one, he’s already made too much money.

Let’s remember. People buy stupid sh*t all the time. People pay thousands of dollars for bags that are indistinguishable from a $20 imposter from five feet away. This isn’t even the first time someone’s sold — let’s say “novelty” — bottled air: do not forget the French guy who raised around $1,00 to support the sale of “Air de Montcuq”-brand bottled air. (The translation is an off-color French pun: “Air from My Butt.”)

So why shouldn’t John Green, an English expat and 20-year resident of the Swiss Alps, try to sell a half-liter of Swiss mountain air for a cool $97? His website has a quasi-charming video that will absolutely make you want to go to Switzerland. Twenty-five percent of sales benefit World Vision, and Green says over $1,000 has already been donated. Some elementary math suggests that indicates a current total sales figure of $4,000. Who knows? It comes in a nice jar. Green says he recommends putting it in the freezer first before releasing the air, to get the full effect.

If nothing, Green’s Swiss air looks to involve no child labor nor exploitative working conditions — so you could argue, however ridiculous this is, that he’s doing a lot less harm than a significant percentage of what’s being sold at your local mall right now. 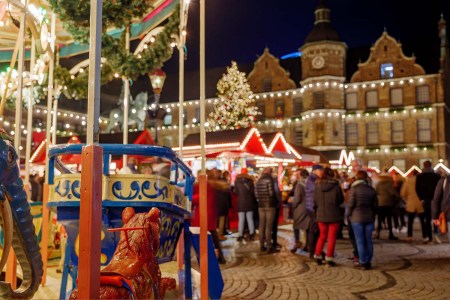