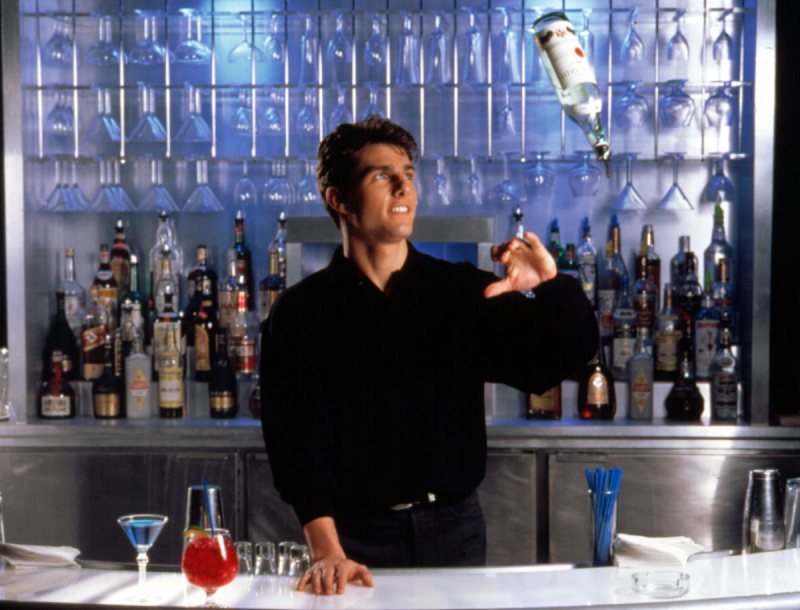 We’ll always have a soft spot for Tom Cruises’s turn as a bartender in Cocktail, but these days, spirit-mixers have to be truly spectacular to make drinkers stop and stare.

Wowing patrons with great-tasting drinks is the goal of international bartenders contestants at Diageo’s annual World Class competition. This year, finalists from 56 different countries met in Miami to compete in four days of intense challenges to show that they can shake, stir, and excite palates under pressure.

RealClearLife went to check out the action and got a sneak preview of what kind of drinks the best bartenders in the world are serving. From floating drinks to glasses you can eat, we found the cocktails that will soon be coming to the best bars across the globe. 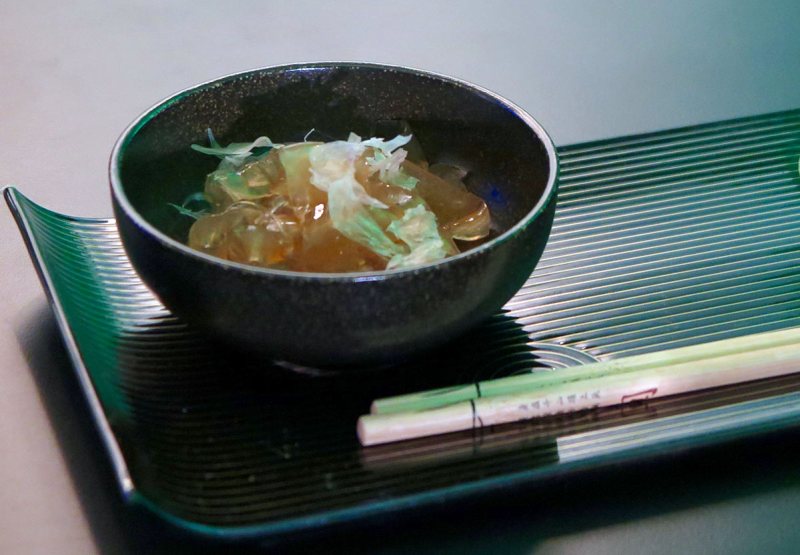 Laura Duca, the bartender representing the United Arab Emirates, believes that the future of cocktails is serving them in unexpected ways—like as if it were an Asian noodle soup. The gelatin noodles are made with Tanqueray gin, Cynar artichoke liquor, grapefruit bitters, lemon and apple juice, and served with a hot chamomile tea. 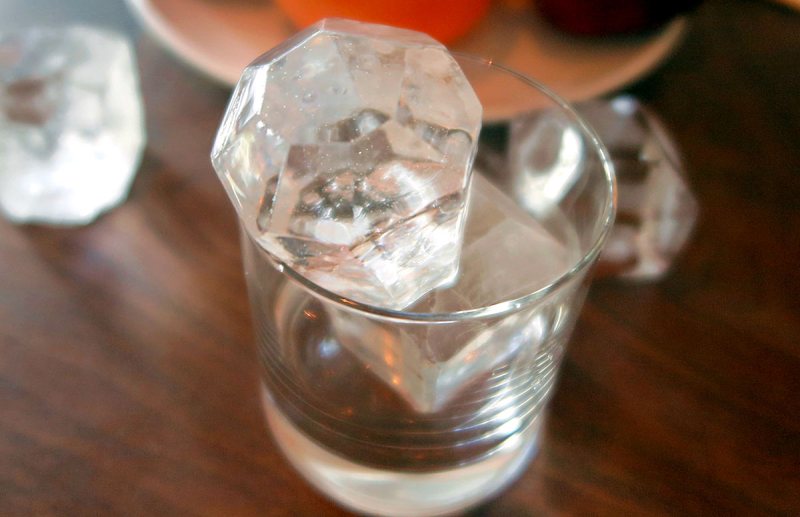 Michito Kaneko, who won the competition last year, gave a demonstration on the art of Japanese bartending, and created jewel-shaped ice cubes that he hand cuts with a knife. An added bonus of doing it this way? The super hard chunks of ice have a larger surface area and thus melt slower, so they’re ideal for on-the-rocks drinks like whiskey. 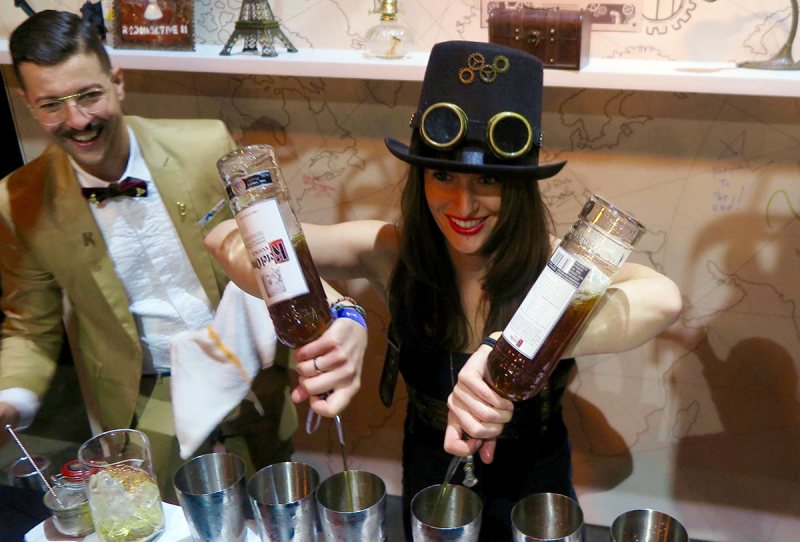 France’s Jennifer Le Nechet wowed judges at the competition’s final challenge by creating a popup bar in 24 hours. Her steampunk-themed bar served up drinks made with organic homecrafted ingredients, including a punch with roasted pineapple syrup, a bourbon cocktail accented with apricot liqueur infused with tarragon, and a rum drink mixed with homemade cola. 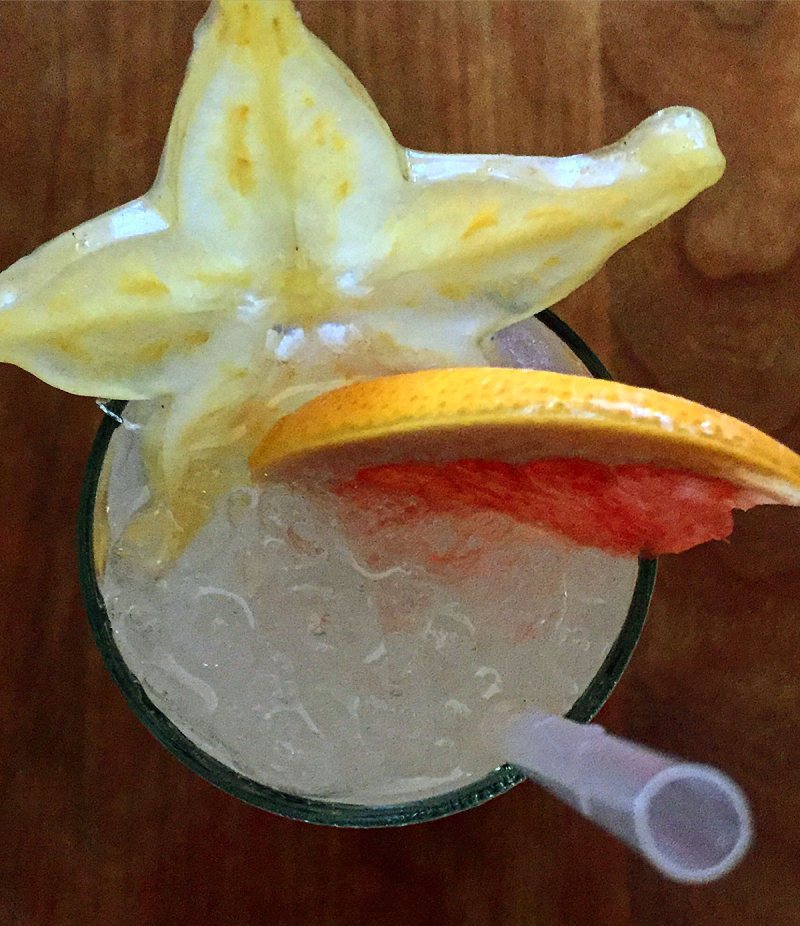 The Broken Shaker, one of the most acclaimed bars in Miami Beach, hosted part of the competition, and showed off their on-site garden, where they grow herbs and fruit (like the starfruit in the image above), to make homemade juices, shrubs, and bitters. 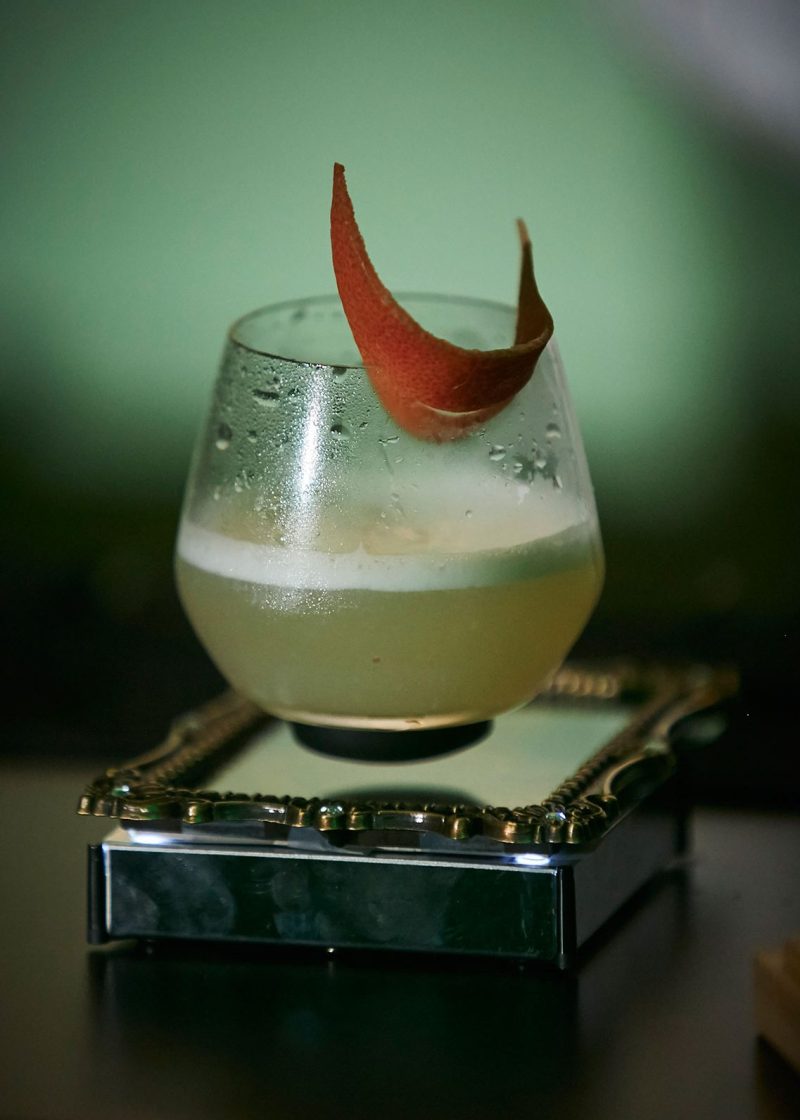 South Korea’s Do Hyung Kim presented a “floating” gin cocktail—the glass, which had a magnet attached to the bottom, literally hovered above its electrified base for a futuristic effect. 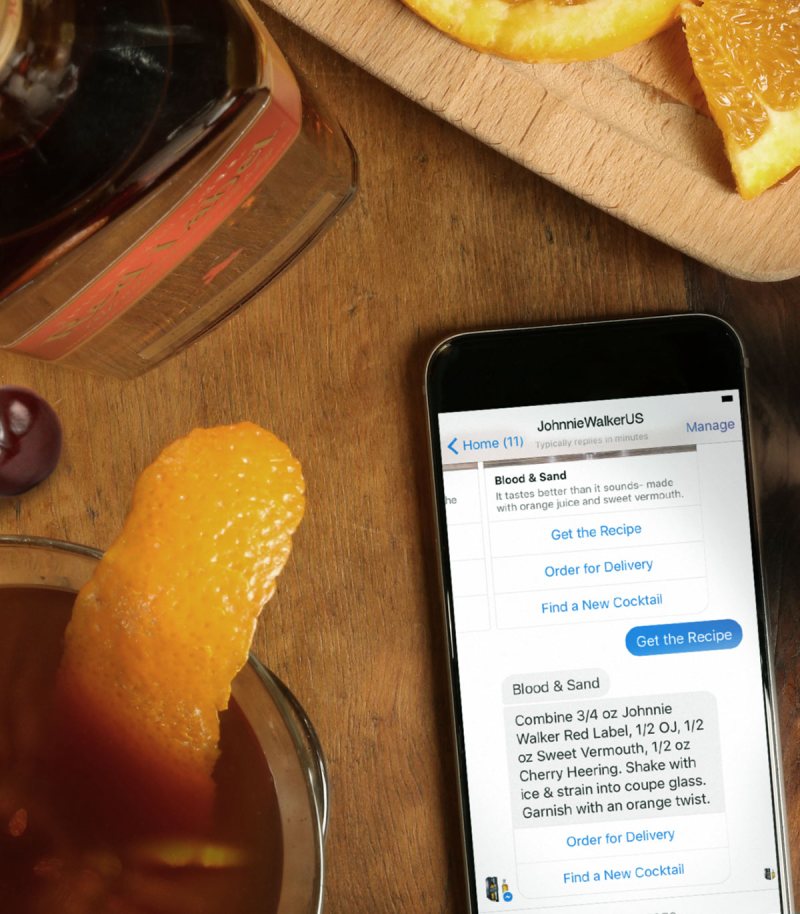 Want to impress your friends with your whiskey knowledge? Johnnie Walker introduced two new ways to study up at home: a Facebook Messenger bot, which gives you whiskey tips and cocktail recipes; and an interactive program that works with Amazon’s Echo smart speaker. Alexa, a virtual voice assistant, can guide drinkers through a whiskey tasting, from nosing the spirit to adding a splash of water to unlock flavors. 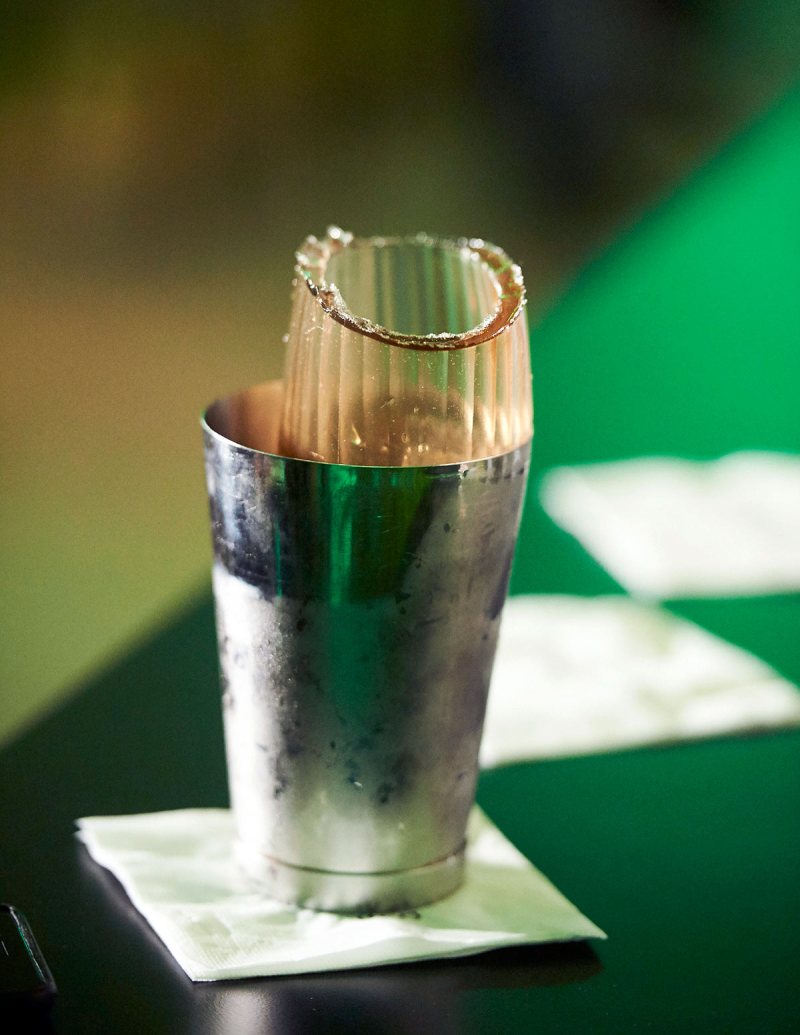 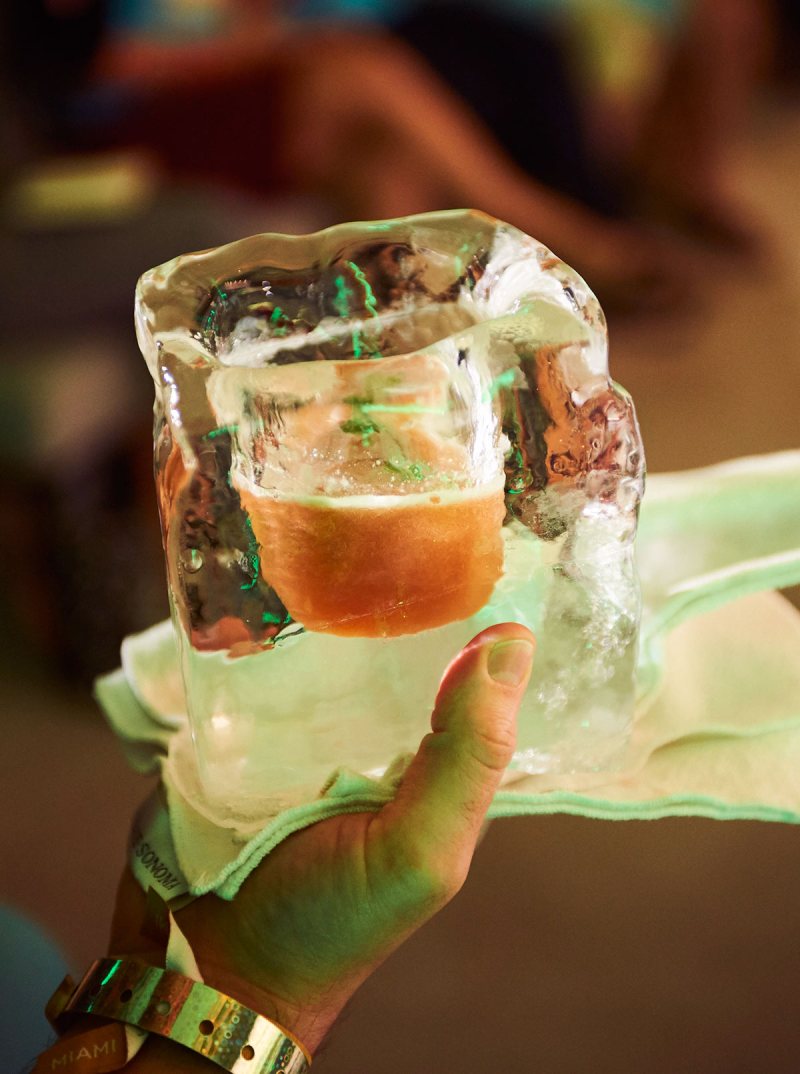 American competitor Andrew Meltzer gave “on the rocks” a whole new meaning by serving his “Heatwave Caipirinha” in a glass carved out of a giant hunk of ice. 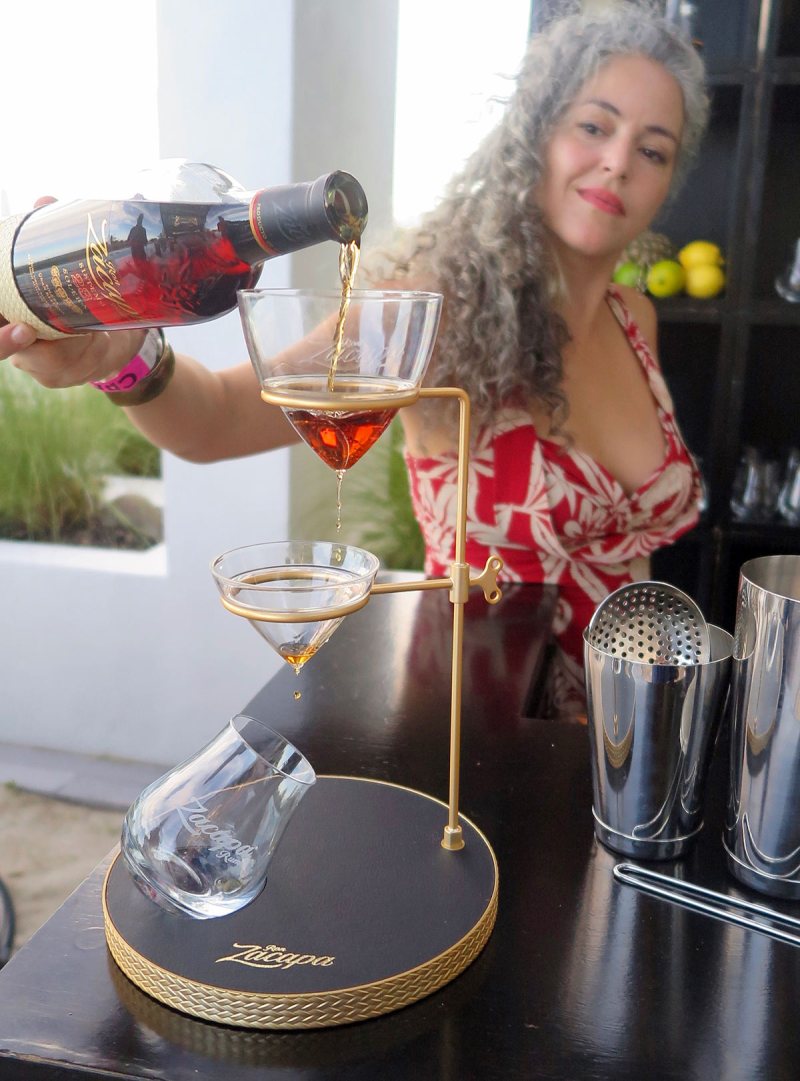 Like some red wines that taste better after their bottles are opened, aged rum benefits from getting a little air, too. Lynnette Marrero, a mixologist for Ron Zacapa, demonstrated how their new “Signature Serve,” which debuted at the competition works: pour the rum in, and by the time it reaches the glass, tasters should be able to notice more notes of vanilla, dried fruit, and chocolate.

Upgraded Beer and a Shot 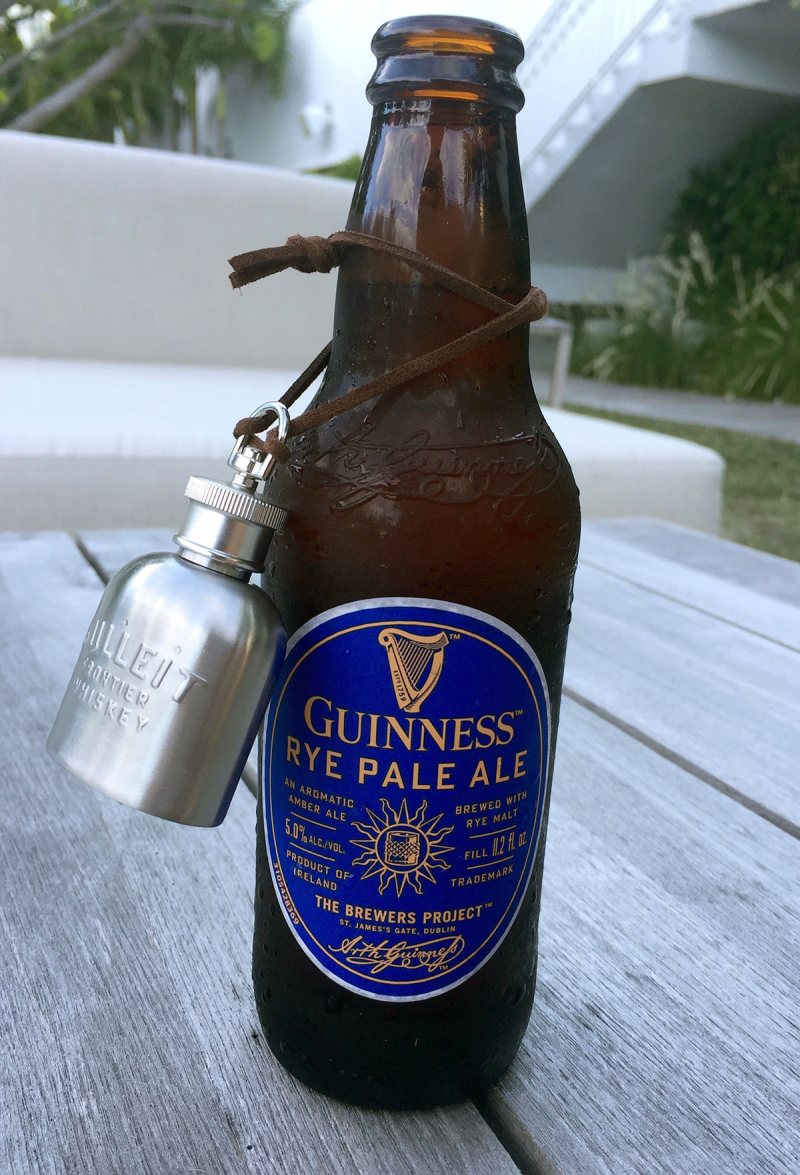 A whiskey shot with a beer chaser is about as basic a “cocktail” as it gets, but this spin on the classic is just genius: Your shot gets its own portable flask, strung around the “neck” of your icy cold bottle of beer. Perfect for on-the-go drinkers. 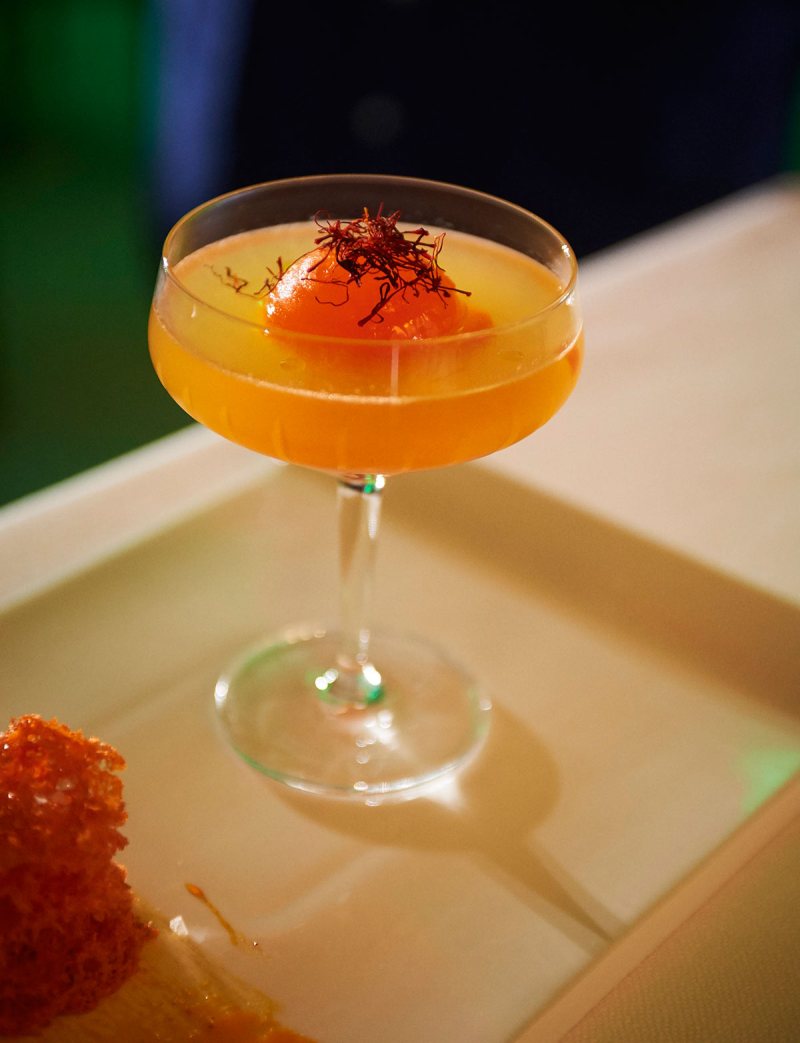 Ice can do more than water down your drink (as you’ve found out above). In this cocktail, made by Spain’s Adriana Chia, the saffron-flavored orb added additional flavor as it melted into a gin and sherry cocktail.