All aboard the Jack Sparrow Express

You’ve had enough booze cruises for a lifetime. It’s time to board the rum railway.

St. Nicholas Abbey, a farm-to-snifter Barbadian rum plant, just opened its Heritage Railway, a set of tracks that take visitors around the 400-acre property in a restored 1914 steam locomotive.

When we visited the Caribbean in late 2017, we wrote about the decline in the islands’ commercial sugar industry. After 350 years, the sugarcane plant was no longer a sustainable business model. And that shift from an agrarian economy to a tourist economy makes islands like Barbados extra vulnerable. When hurricanes hit and the media broadcasts every second of the aftermath to the watching world, the Caribbean’s economy suffers twice — from the destroyed infrastructure, and lingering, negative perceptions.

But as we said last year around this time: the islands are open for business, and they want your business. We can’t think of a better place to visit than a distillery that thoughtfully unifies Caribbean economies of old and new, at St. Nicholas Abbey. The plantation was purchased by the Warren family in 2006, and they’ve carefully restored its mills and plants, while reviving methods of handcutting stalks and imbuing rum with fresh-pasteurized cane syrup.

It all leads to a portfolio of single-cask unblended rum that’s matured 18 years in barrels once used for bourbon, then bottled by hand in decanters adorned with an image of the Abbey itself. You’ll get a chance to try the rum when you visit, but first you’ll want to hop on the Heritage Railway for a proper tour of the plantation. The diesel-fueled train cuts past cane fields, limestone quarries and wild fowl lakes. It takes about an hour, and afterward you’ll be ready to leave with a dozen bottles — which is exactly what the Caribbean needs.

For more information on booking a tour, head here.

All images via St. Nicholas Abbey/Instagram 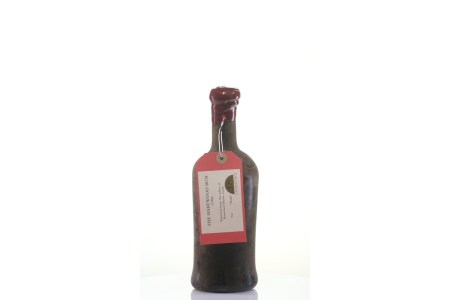