Immigrants take the oath of citizenship to the United States during a naturalization ceremony at Liberty State Park on September 19, 2014 in Jersey City, New Jersey. (John Moore/Getty Images)
By Matthew Reitman 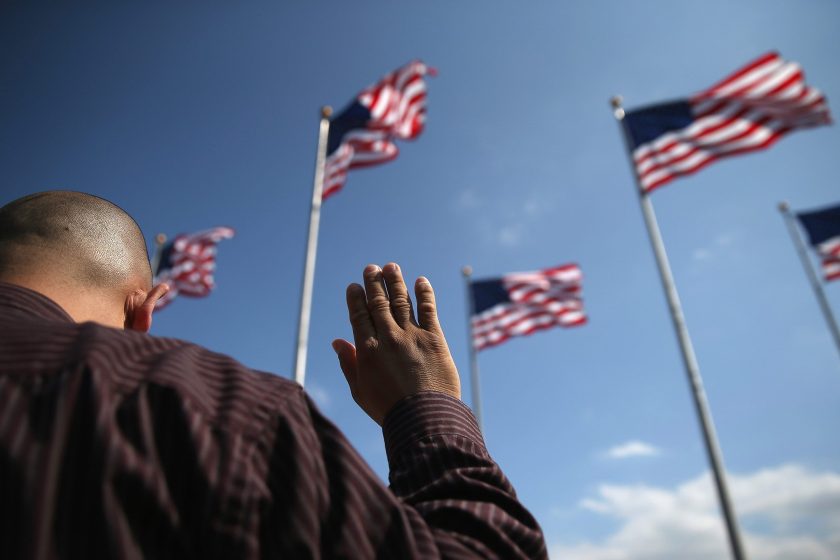 Immigrants take the oath of citizenship to the United States during a naturalization ceremony at Liberty State Park on September 19, 2014 in Jersey City, New Jersey. (John Moore/Getty Images)

Money doesn’t buy happiness—at least in the United States, anyway. Americans are less content than they were in 2007, according to this year’s World Happiness Report.

The United States’ drop in the index comes despite rising income and historically low levels of unemployment, Bloomberg reports. In fact, income per capita has tripled since 1960, yet happiness levels have not increased. The World Happiness Report cites decreased social support and a rise in corruption as reasons for this paradox.

“The predominant political discourse in the United States is aimed at raising economic growth, with the goal of restoring the American Dream and the happiness that is supposed to accompany it,” Jeffrey Sachs, Special Advisor to the UN Secretary-General, wrote in the report.

The United States came in 14th place, one below last year’s ranking.

The World Happiness Report ranks 155 countries based on a 1,000-person survey, asking participants to rate their happiness on a scale of 1-10. To better understand the results, researchers explore six factors: levels of GDP, life expectancy, generosity, social support, freedom, and corruption.