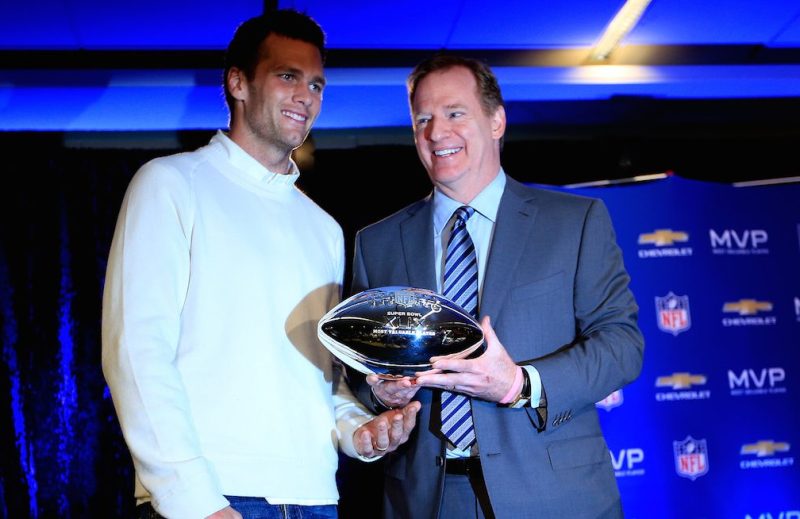 New England Patriots haven’t hated anyone since King George III the way they loathe Roger Goodell. The irony, of course, is that for years Pats fans were the only ones in the NFL who liked the NFL Commissioner (or at least were neutral on him), because he was perceived as being heavily biased in favor of his onetime close ally owner Robert Kraft—who played a key role in Goodell getting his job in 2006—and Kraft’s franchise, notably with his handling of the “Spygate” controversy. (Among other leniencies, Goodell insisted that extensive evidence of long-time rule-breaking by New England was destroyed, including videotapes literally being stomped into pieces.)

Then came Deflategate and his endless, controversial, ultimately successful quest to suspend the Patriots’ quarterback Tom Brady, which burned his bridge with Patriot fans while utterly failing to win any of his critics back to his side. At the same time, Goodell has become so disliked by players that, after Seattle’s outspoken Richard Sherman mocked Goodell, former Pro Bowler Ryan Clark explained how current NFL players “develop a hate” for the commissioner.

Yet after a decade of inspiring disgust and contempt, it seems entirely possible that come 2026, Goodell will still hold on to the job. 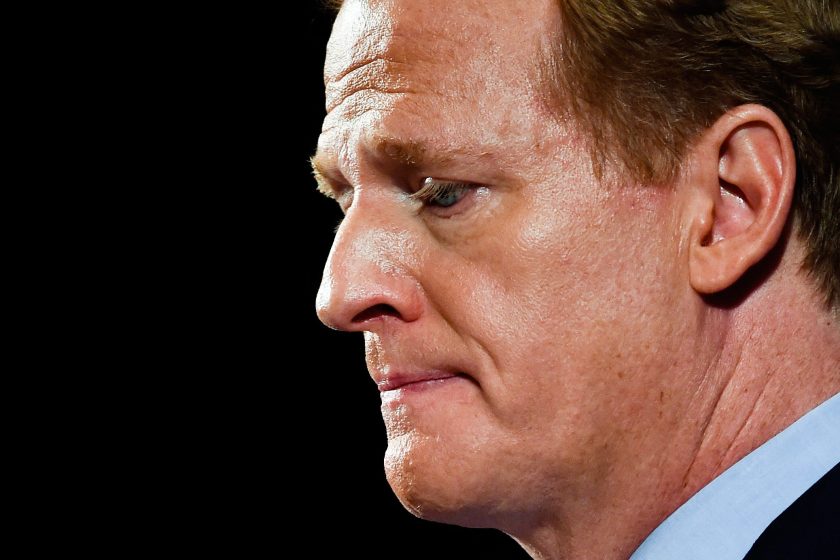 During his decade in power, the NFL has been remarkably profitable. Since 2010, revenues are up by over 50% and the NFL has been projected to earn $13 billion in 2016, which is more than half of the $25 billion Goodell has told owners the league should make in 2027. In the eyes of most owners, these are numbers that can’t be denied. (Critics, of course, would insist that with pro football’s established popularity, only a moron would fail to rake in billions.)

In honor of Goodell’s ten years in charge, look back at his rise and how he’s maintained control no matter how much criticism he receives. You may not like him, but he’s likely here for a lot longer: to better understand Goodell, click here. 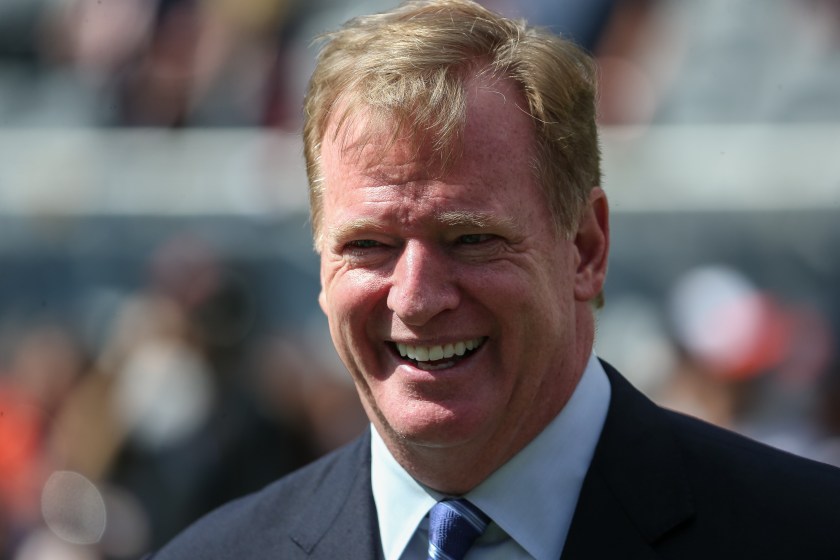 Roger Goodell, Commissioner of the NFL, stands on the field prior to the game between the Chicago Bears and the Green Bay Packers at Soldier Field on September 13, 2015 in Chicago, Illinois. (Jonathan Daniel/Getty Images)
Getty Images