Ranking the Winners and Losers of NBA Free Agency 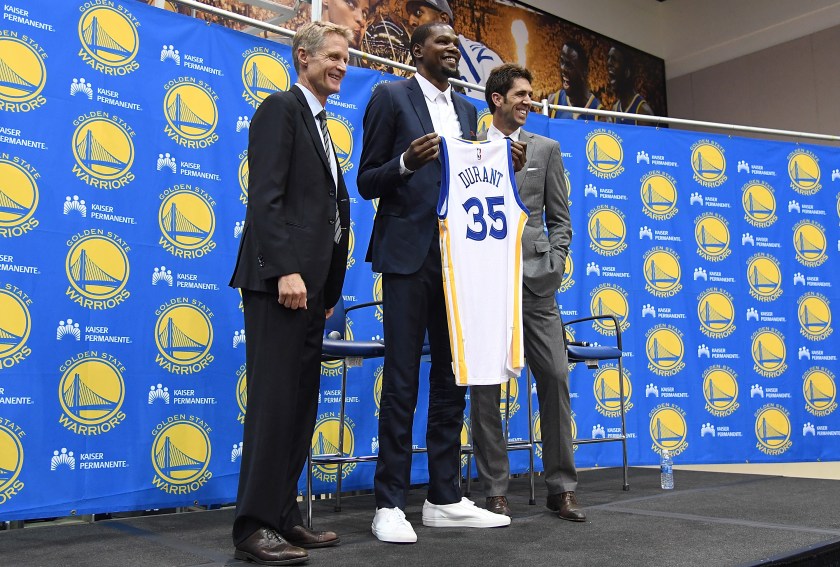 Head coach Steve Kerr of the Golden State Warriors stands with Kevin Durant and general manager Bob Myers during the press conference where Durant was introduced as a Warrior after they signed him as a free agent on July 7, 2016 in Oakland, California. (Thearon W. Henderson/Getty Images)
Getty Images

Now that the dust from the Kevin Durant signing and the absurdly massive deals given to relatively minor players has settled, it seems like a fine time to look at the NBA and see how the teams fared through the beginning of this year’s free-agency. ESPN’s Zach Lowe breaks down some of the winners and losers from this summer high-octane signing period. Notables include:

This is obvious. Despite the fact that the Oklahoma City Thunder should’ve beaten the Golden State Warriors (who were down 2-3 in the 2016 Western Conference Finals) before the Warriors let the title slip away in the Finals, the Oakland team still compiled the next great “Big Three” (à la the ’08 Celtics or the ’11 Heat) by adding Durant to the Splash Brothers, Steph Curry and Klay Thompson. (Actually, it’s a Big Four when you factor in Draymond Green.) Only time will tell if they can match last season’s 73 wins, but it’s hard to deny their cumulative talent. Fans and haters alike will flock to Warriors’ games. 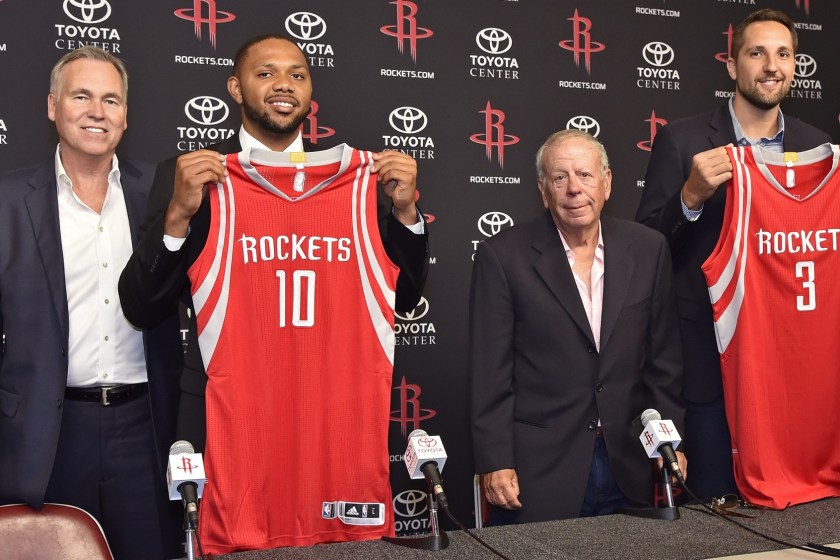 Loser: The NBA and the Players’ Union

Back in 2011, the NBA lockout ended with stipulations that helped triple the league’s television revenue, ultimately leading to the salary cap surge that enabled owners to sign players like Timofey Mozgov for $64 million over four years. Yet free agents in 2014 were on the outside looking in (much as free agents will be in 2017). The salary cap spike tended to favor players who were free agents in 2015 and 2016, distorting salaries and leaving players who’ve earned their due without it.

Read the full rundown and see which teams fell on what side of the divide here. Want some inside knowledge on what it feels be in Kevin Durant’s shoes? Chris Bosh was part of the 2011 “Big Three” in Miami alongside LeBron James and Dwyane Wade so he has a lot of insight on this particular issue. Watch Bosh talk about the Durant trade will Bill Simmons in the video below.