AUGUSTA, GA - APRIL 1966: (L-R) Ben Hogan and Arnold Palmer smoke as they wait in front of a gallery to play their tee shot on the second hole during the 1966 Masters Tournament at Augusta National Golf Club held April 7-11, 1966 in Augusta, Georgia. (Photo by Augusta National/Getty Images)
By Sean Cunningham
Arnold Palmer tees off. (Getty)

A sign you’ve made it: You buy the country club where your father used to work as a greenskeeper. Quite simply, Arnold Palmer was the guy who showed that golf was for everyone, including people who could never afford a country club membership. He also transformed the sport from a charming pastime into one where top players could make frightening amounts of money. (After winning golf’s “Grand Slam” in 1930, Bobby Jones promptly retired to become a lawyer and earn a living.) In 1946, a golfer received $2,500 for winning the Masters (about $30,000 today). When Palmer won his first of four Masters in 1958, the prize money had increased to $11,250 (just over $90,000 today). These days, the purse is $1.8 million, and top pros earn additional big bucks when they endorse products. 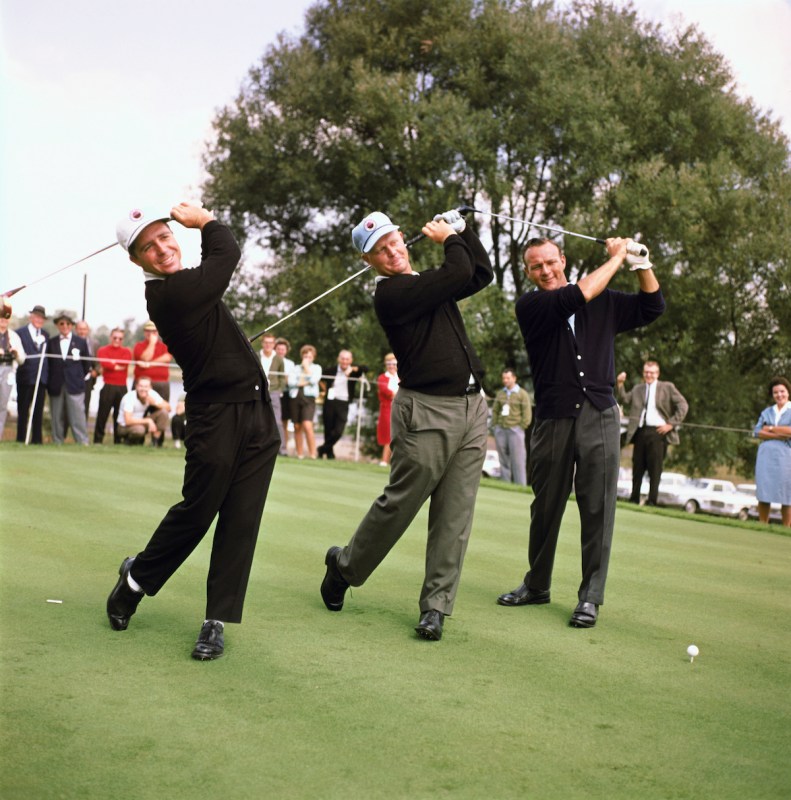 Born in 1929, Palmer won his first pro tournament in 1955, and golf was never really the same after that. His is the classic case of a career that went beyond mere titles or statistics. While Palmer was an extraordinarily accomplished golfer—from 1958 to 1964, he won two PGA Player of the Year awards, four Masters, two British Opens, a U.S. Open, and was the leading money winner four times—his love of the game continued long after the elite victories stopped. (Indeed, Palmer never achieved any of those feats again after 1964, meaning his best golf was behind him at a youthful 35.) Fans remained devoted even as other stars emerged, including contemporaries Jack Nicklaus (18 majors) and Gary Player (nine). 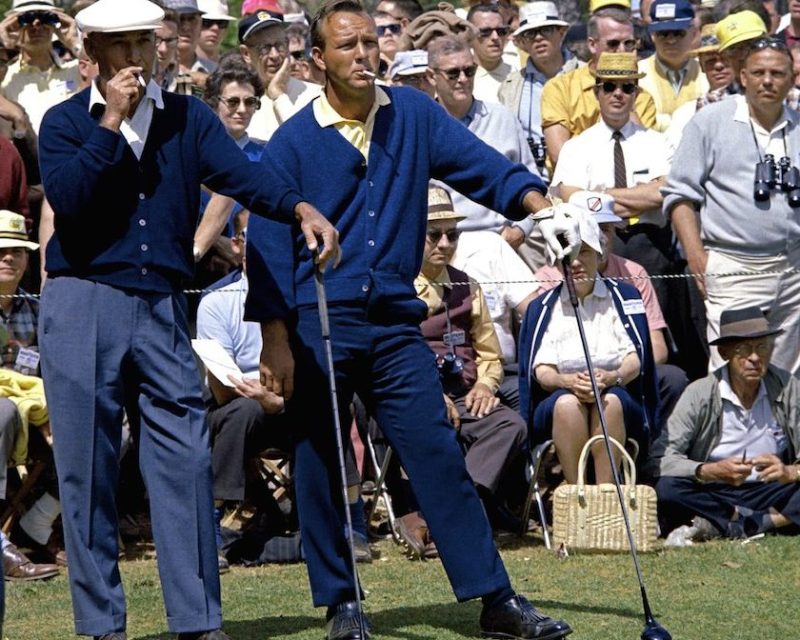 (L-R) Ben Hogan and Arnold Palmer smoke as they wait in front of a gallery to play their tee shot on the second hole during the 1966 Masters Tournament at Augusta National Golf Club held April 7-11, 1966, in Augusta, Georgia. (Augusta National/Getty Images)

Why all the devotion? A big factor was that, as golf started being shown on television, suddenly there was a guy out there who seemed like the common man—only way, way cooler. (See the photo of him above enjoying a smoke with Ben Hogan while waiting to tee off.) He swung big and sometimes collapsed just as dramatically, too. His loss in the 1966 U.S. Open is as heartbreaking a meltdown as exists in golf history: trying to complete a career slam, he somehow blew a seven-shot lead with just nine holes to go. It was so devastating that decades later his host for the tournament recalled: “I’m 94 now, so old and yet I remember every minute of it.” 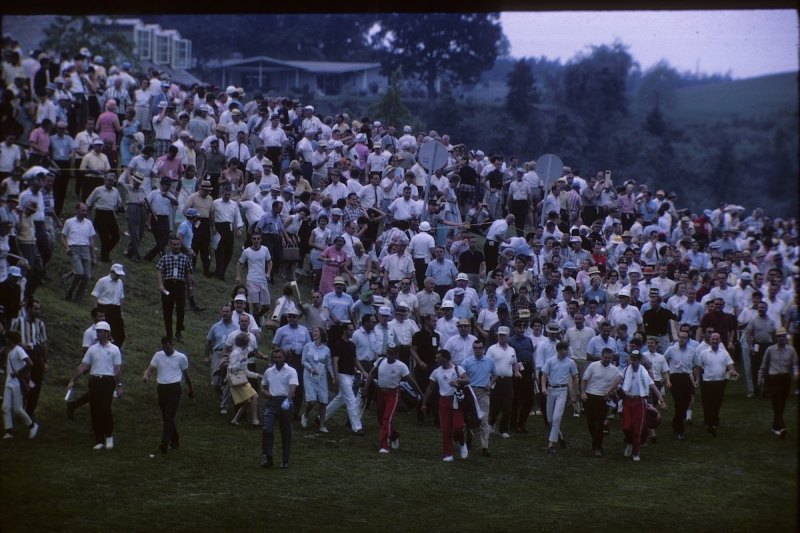 Yet through the highs and lows, he always delighted in his fans and came out ready to test his luck again, as he formed a unique bond with “Arnie’s Army.” Broadcasting great Vin Scully may have summed up Palmer’s appeal best when he said simply, “In a sport that was high society, he made it High Noon.” 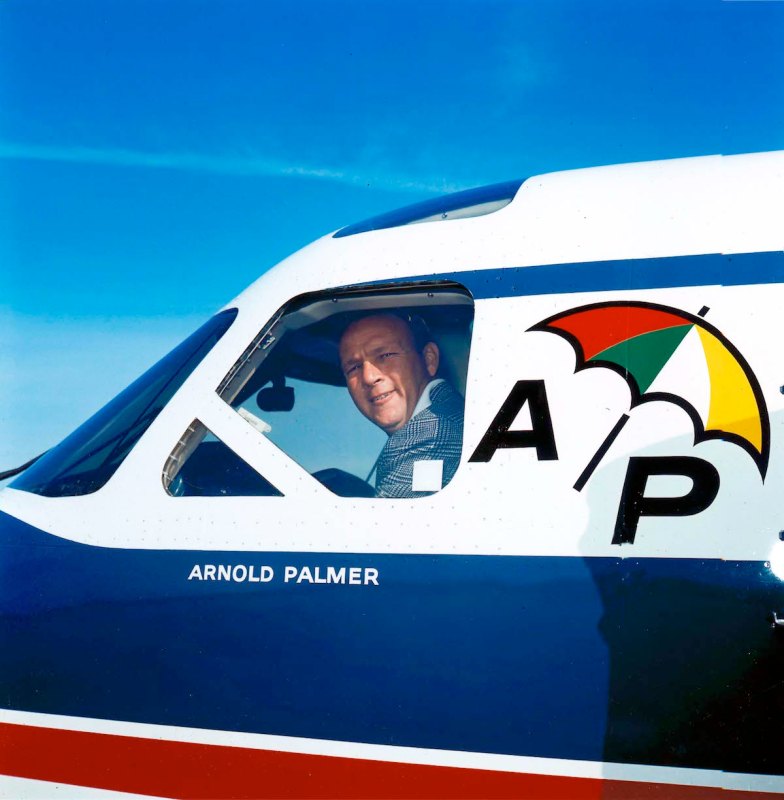 While Palmer’s winnings from actual golf were limited (less than $2 million from his PGA days), he set a path for golfers and athletes to earn, epically, away from the game. He was the first client for the sports management firm IMG, and his business deals included co-founding the Golf Channel and earnings hundreds of million off the drink that bears his name: lemonade mixed with iced tea. Forbes has estimated his total earnings at an incredible $875 million, which is why he was able to buy Pennsylvania’s Latrobe Country Club, where his father once worked. 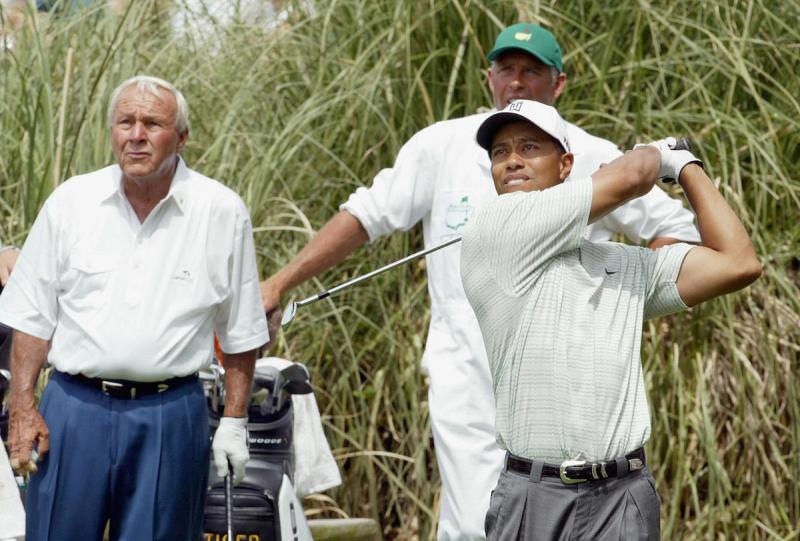 As Tiger Woods, the only man who rivaled Palmer’s popularity, put it: “It’s hard to imagine golf without you or anyone more important to the game than the King.” Long live the King. 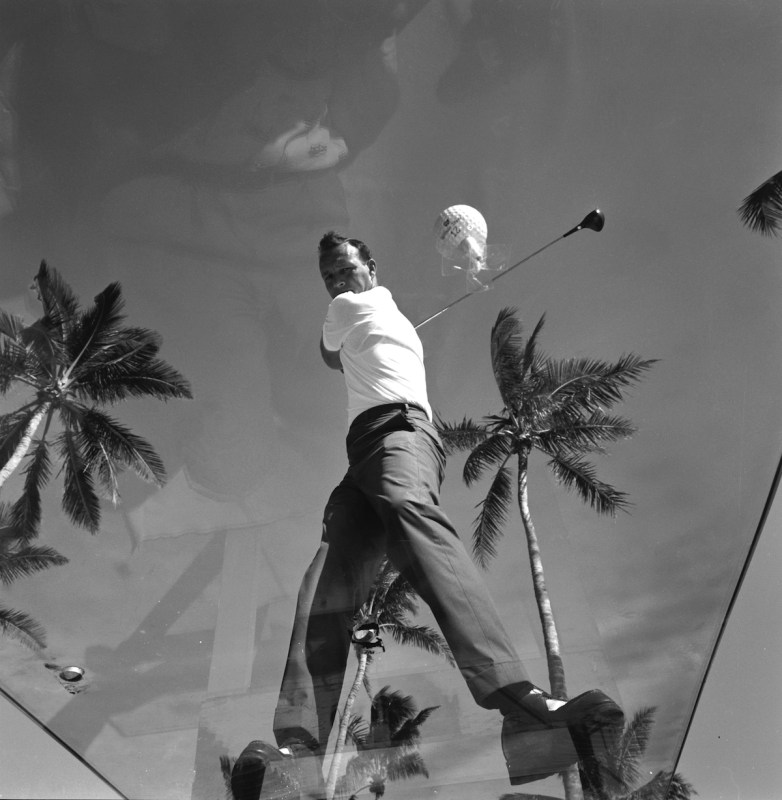