How the Newspaper Business Got the Internet So Wrong 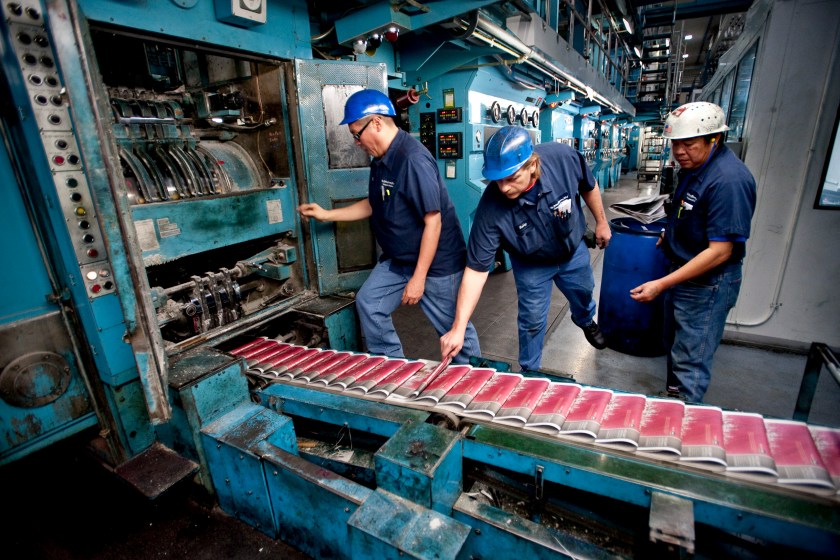 There’s no denying the rise of the internet was going to change the newspaper business forever. It’s also hard to argue that for traditional printed newspapers, the internet was a menace, as suddenly people had a whole new way to get news. (And generally for free!) That said, did newspapers wind up consistently making bad choices in handling the internet? Indeed, did they choose so poorly an argument could be made they’d have been better off ignoring it altogether?

Politico’s Jack Schafer reached this conclusion based largely on a Journalism Practice paper by H. Iris Chyi and Ori Tenenboim of the University of Texas. Schafer writes that their “copious mounds of data” proves prioritizing digital has been “a losing proposition for most newspapers.” Indeed, he makes a strong case that most newspaper moves into the online world have severely damaged print publications while bringing back virtually nothing in return. 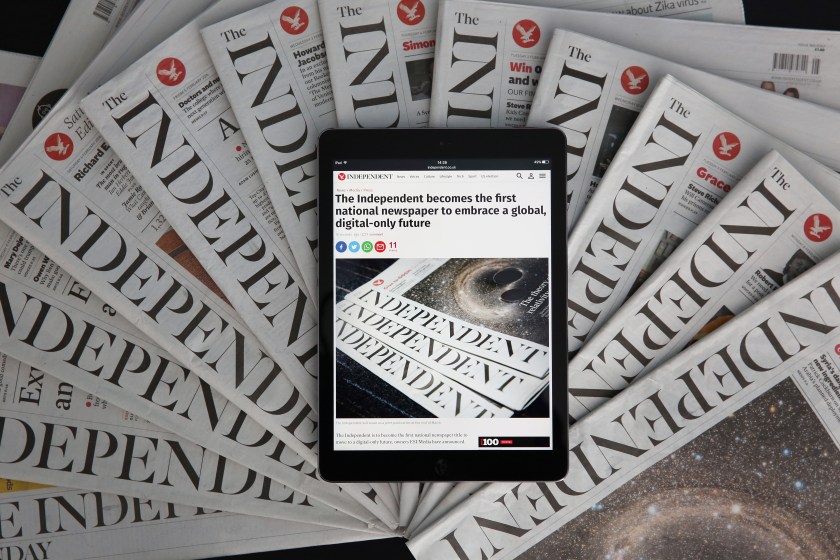 Pad displaying The Independent’s online platform above a selection of The Independent newspapers on February 12, 2016, in London, United Kingdom. The British newspaper ‘The Independent’ which has been in circulation since 1986, will move to a ‘digital only’ platform from March 26, 2016, the owners ESI Media said in a statement today. (Dan Kitwood/Getty Images)
Getty Images

The data is indeed damning, as of the 51 newspapers studied “more than half have lost online readers since 2011” and data put the “mean online readership for the 51 newspapers in the study at about a third that of print.” (Indeed, Schafer asserts print editions remain where “the vast majority of their readers still reside and where the overwhelming majority of advertising and subscription revenue come from.”)

“Chyi remains bullish on newspapers, rejecting the self-fulfilling prediction that they must die, especially given that surveys show that they remain so beloved. No Luddite, she appreciates the immediacy and convenience of getting news and entertainment (especially entertainment) via computer and phone platforms. But for all of its faults, the newspaper remains a superior format and much would be lost if our neglect caused its premature demise.”

You may not agree with Schafer’s conclusions, but they’re still fascinating. To read the full article, click here.