Head coach Jim Harbaugh of the Michigan Wolverines looks on during warm ups prior to playing the Michigan State Spartans at Spartan Stadium on October 29, 2016 in East Lansing, Michigan. (Gregory Shamus/Getty Images)
By Will Levith 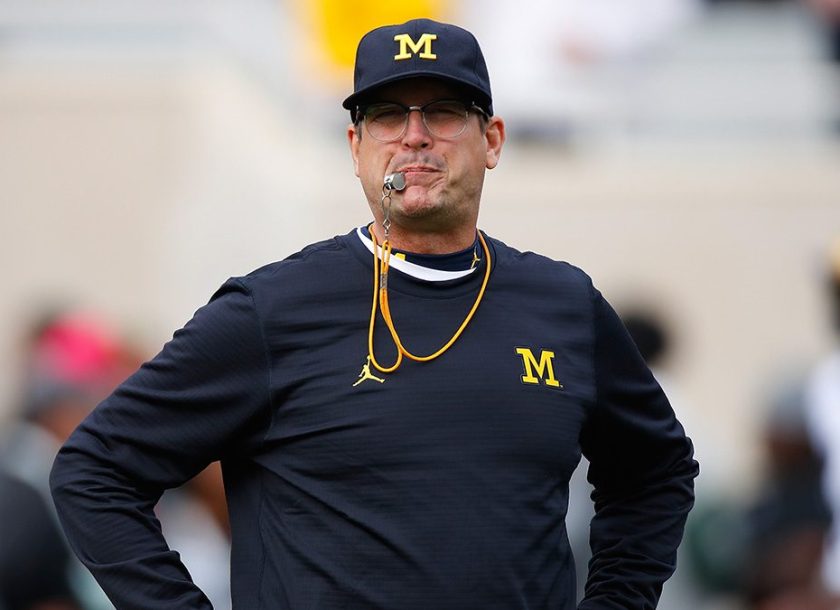 Head coach Jim Harbaugh of the Michigan Wolverines looks on during warm ups prior to playing the Michigan State Spartans at Spartan Stadium on October 29, 2016 in East Lansing, Michigan. (Gregory Shamus/Getty Images)

Big-time college athletes may get all the glory and TV time, but the guys who are really making the money are the ones huffing and puffing at the refs, throwing chairs, and sometimes standing quietly on the sidelines.

Yes, public college coaches are some of the best paid members of society.

ESPN has released a list of the highest-paid public employees in every state, and the results are astonishing: in 2016, 39 out of the 50 states are led by a college football or men’s college basketball coach.

To give you an idea, here are the top five highest-paid coaches, each topping their state: