BlackRock CEO's Letter Is a Watershed Moment for Climate Change

The first name in capitalism has taken a strong position. Will his peers follow suit? 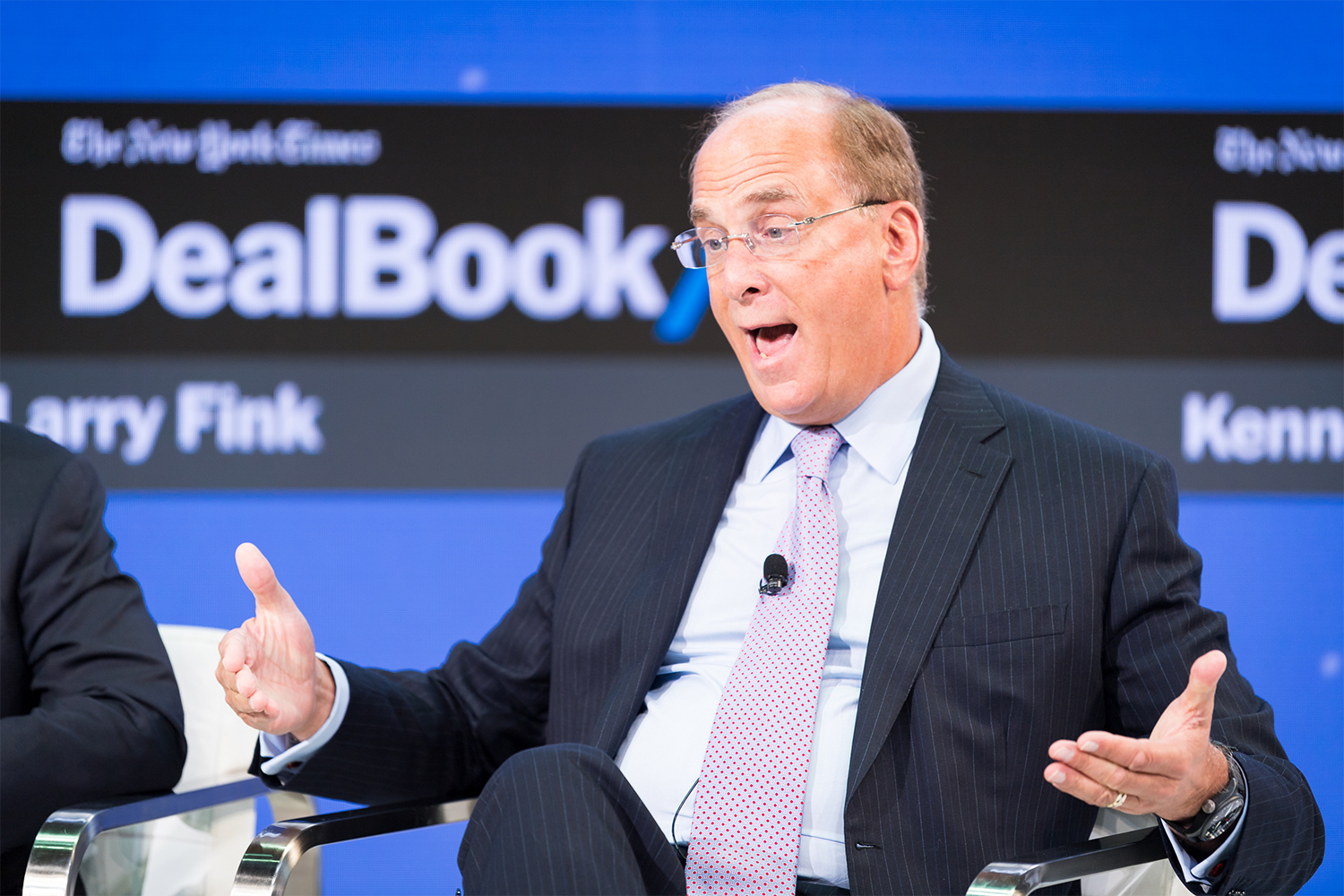 BlackRock CEO Larry Fink in 2017. Since then, he's made sustainability a priority.
Michael Cohen/Getty for The New York Times
By Alex Lauer / January 15, 2020 6:24 am

“Every government, company, and shareholder must confront climate change.” Do you know who is responsible for that quote? No, it’s not Bernie Sanders, Al Gore or Greta Thunberg. It’s Larry Fink, the billionaire co-founder and CEO of BlackRock, the world’s largest asset manager, and one of the most important financial minds today.

In his annual letter to the world’s most prominent CEOs (which is also made public), Fink took an unexpectedly powerful stance on the climate crisis: BlackRock, which manages global assets valued around $7 trillion, will now “place sustainability at the center of [its] investment approach.”

Why is Fink taking this stance, especially when the rest of the market still seems to be enthralled by financial gains at the expense of a livable planet? After analyzing the letter, it comes down to one word: risk.

“Risk” is the third most common keyword in the BlackRock letter (behind “climate” and “companies”), and it’s the disconcerting heart of Fink’s argument for shifting the focus of investment from unfettered growth to one that takes into account “the significant and lasting impact that [climate change] will have on economic growth and prosperity,” as the letter states.

In other words, while one of the biggest arguments against taking drastic action to combat climate change — by phasing out fossil fuels, reconfiguring our energy sector to be emissions free, etc. — has been that it isn’t financially viable, Fink is now making the opposite argument: “Investors are increasingly … recognizing that climate risk is investment risk.”

In an interview with The New York Times, he put an even finer point on this. “We are fiduciaries,” he said. “Politics isn’t part of this.” In other words: Fighting climate change is good business, and their only goal is doing good business.

In the near future — and sooner than most anticipate — there will be a significant reallocation of capital.

We’ve already known that the economy is in peril if immediate action isn’t taken to curb human-caused climate change. Even federal agencies in age of President Donald Trump — who has made it a hallmark of his administration to retreat from climate issues — concluded that climate change “will knock as much as 10 percent off the size of the American economy by century’s end.”

Despite multiple reports to that effect, the world hasn’t seen proportional responses in the financial sector — but this letter, and the ensuing change in policy, might change that. BlackRock’s call to action is a watershed moment for the global response to climate change, not simply because of the company’s direct influence in terms of its investments, but because of its secondhand influence on the entire financial industry.

So what is BlackRock’s actual plan to shift its investment focus? Some of the basic tenants, according to Fink, include “making sustainability integral to portfolio construction and risk management; exiting investments that present a high sustainability-related risk, such as thermal coal producers; launching new investment products that screen fossil fuels; and strengthening our commitment to sustainability and transparency in our investment stewardship activities.”

You can read the entirety of the CEO letter here, as well as the letter BlackRock sent to its clients. But don’t take either of them as a substitute for personal responsibility. We are already experiencing the effects of climate change, from the fires in Australia to rising sea levels to the disappearance of species, and there is no one savior who can solve it alone.

As Fink rightly notes, “government must lead the way in this transition” to a “low-carbon world.” But will the United States government listen to him and finally take decisive action, or will they continue to pass the buck? If they don’t listen to the first name in capitalism, who will they listen to?