The best of where to get grub in New York

Helmed by Brazilian-American Chef Shanna Pacifico, previously of Savoy and Back Forty, comes Cozinha, Portuguese for “kitchen.” Multi-level and multi-functional, the main floor holds the dining room with Cozhi’s Bar and Lounge on the upper level. The latter will open later this Fall and include not only signature cocktails from Brett Helms, the Michelin Star mix master from Uncle Boons, but also a slew of live musical acts. What to expect? A lot of “ritmo y sabor”: rhythm and flavor. Expect rich Brazilian cuisine with a little Eastern breeze. Musts include the six-minute egg in brown butter, the Trotter Pancake with ancho pepper BBQ sauce and the Whole Fish of the Day. 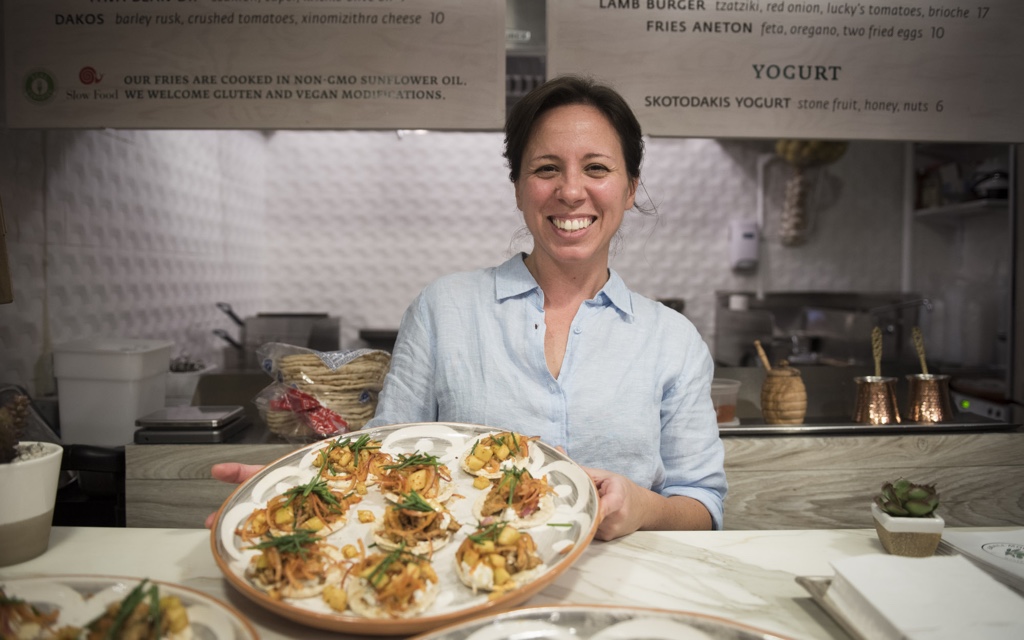 There’s a trend afoot in the world of high-end, hard-to-get eateries: uniting a grip of them in one posh place. The first permanent venture from N.Y.’s reigning pop-up-market honchos, UrbanSpace features more than 20 delectable and diverse restaurant concepts in a stunner of a 12,000-square-foot space on Park Avenue. Take a tip from our expert friends over at the Infatuation here for which spots to hit first.

Chef Doron Wong’s cuisine didn’t need updating, but it’s a transformation we’re diving into napkin-in-shirt. The Lower East Side Yunnan Kitchen got a little freshen up on its classic fare by bringing in wood-smoked BBQ alongside locally grown veggies and unexpected salads and sides. The portions are family-style and the recipes exotic. See: a Tea-Smoked Duck Mooshu Style, BBQ Pork Chao Shao Ribs and wild sauces like Sawtooth Pesto, Dai Green Tomato and a mighty fine Aromatic Chili Oil. Don’t sweat: there are plenty of large format punches and buckets of Tsing Tao on the menu as well.

‘Tis the season. Eating Michelin Star burgers and sports-watching season, that is. From vet Chef Joe Isidori comes the second Black Tap concept to the Meatpacking District just in time. It’s traditional. It’s innovative. It’s All-American and then some. Next time you’re looking to catch a game or in need for a little late-night, nosh go for the Steak au Poivre with blue cheese and peppercorn. Speaks for itself.

Taking inspiration from Southern charm and a downright adoration of premium browns, George Garrity presents Whiskey Social, where the fare hails from south of Mason-Dixon, the atmosphere is casual and the focus is on good hospitality. As in: The Whiskey Club, which includes private lockers for members to store their bottles alongside their own personalized, engraved gold plates. This is for the passion players. This is for us.

Apply to the club here.