When reviewing the restaurants that opened this year, it’s hard not to consider the broader risks and uncertainties rippling through our economy.

This seems to be why so many of the year’s best spots were opened by local stalwarts — the sort of culinary muscle that keeps investors at ease.

It’s also why there weren’t many wild and crazy concepts; rather, it was refreshing new takes on old ideas that really delivered.

Think the French bistro that goes all night. A beloved taco stand that finally went brick and mortar. The city’s most lauded BBQ chef opening a shrine to steak.

They’re all among our 10 favorite restaurants that opened in 2018. 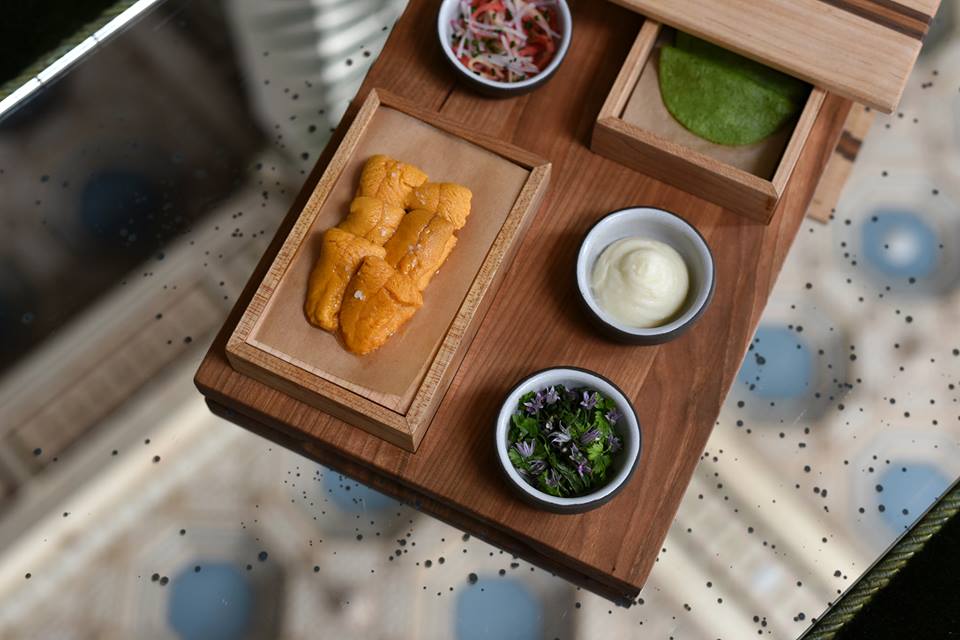 The timeless space is worth visiting in and of itself, whether for client dinners on the mezzanine or a big night with friends that ends at the rooftop bar. But it’s dishes like a pan-roasted duck or one of those epic chicken sandwiches from their food truck that kept us returning.

Bavel is the freshest concept on this list, both in terms of its airy design — with loads of plants streaming from its rafters — as well as its savory Israeli-inspired dishes like okra confit, roasted cauliflower and a perfect house-made hummus. As fans of Bestia, we were very excited to see Chefs Ori Menashe and Genevieve Gergis’s take on Middle Eastern cuisine, and it does not disappoint.

What was once a food truck with a religious following is now a perfect fast-casual bar serving L.A.’s most interesting tacos a la Chef Avila. The sweet potato taco is among their most unique, with the soft sweetness of a yam funkified by feta with an added crunch from the fried corn. As is the case with the truck, the menu will change often. The last time we were there, we had the calamari steak, a pile of pan-fried morsels combining the sweet fat of brown butter with the tang of lemon and garlic.

Puntas Cabras is a friendly neighborhood local with a fast-casual counter service and airy seating. Come dinner, it’s a super convivial table service, your daily driver for fun dates, long meals with friends — the gamut. GM Mark Mittlemen comes from the Polo Lounge and has the art of hosting down. Lots of fresh seafood from Chef Daniel Snukal, whose stints at Urasawa and LudoBites gave him a deft touch for playing with different flavors. The “al pastor” is made with albacore and topped with a crunchy peppercorn-pineapple salsa and burnt jalapeño powder. We also love the tartare, a chilled layer of beets topped with a smooth guac and some uni — a refreshing starter in summer.

Chef Adam Perry Lang has been doing his annual summer BBQs next to Jimmy Kimmel’s stage for a while, and now he’s gone permanent with a 1,000-square-foot room just for dry-aging his California Holsteins and Midwestern Black Angus. Everything on the menu pairs well with a Slovenian Lambrusco, and they even hand-forge their own cutlery — not that you’ll need it for the short rib. They also recently added a steak club offering diners their very own 50-pound Flintstonian ribs that can be consumed over the course of multiple visits.

Barbette is the French-American bistro L.A. needs right now: an approachable restaurant plating straightforward dishes, and a place where you can gather and stay for the night, to boot. It’s a feather in the cap of the folks who brought you the Roger Room, the Pikey and The Friend. Like their other spots, this will be a go-to bar in your toolbox. Tell the server to put in an order of mussels and pomme frites to keep the troops happy as soon as you sit down; for entrees, the chicken diable comes out with a succulent, pan-seared breast on one side, and the fatty dark meat buried beneath confit garlic and sauteed spinach on the other. Grab a bottle of Valpolicella and stay awhile.

Rooster is quiet enough for your parents to hear what you’re saying, yet lively enough that you won’t be getting heavy-eyed before dessert. This is hands down the coolest neighborhood restaurant now open on the Westside, a better version of what Houston’s used to be. The rack of lamb is not to be missed. It’s only three medallions, but like all of the meats, it’s grilled over almond wood and seasoned with salt, pepper, oil and nothing else. Their cuts are premium, so not much more is needed. They also bake mean breads and pizzas.

L.A.’s lone Michelin-starred chef, Josiah Citrin, just took over the patio at The Line Hotel, dubbing it Openaire. Whereas Melisse is ultra-high end and Charcoal is fancy BBQ, Openaire is meant to be simple. For Citrin, that means the Parker House rolls come with a choice of spreads (ranging from house-churned butter to cashew-arugula pesto to foie gras parfait) and the dry-aged 32-oz. rib-eye is served the old-fashioned way: cooked your way with two vegetables on the side. Simple. Delicious.

Chef Keith Corbin is making some of the best soul food in L.A., and unlike most finger-licking food, this stuff makes for a good start to the night. That crispy bird has as much crunch as succulence, and you can also branch out with items like black eyed pea fritters (think more savory hush puppies). Chef Corbin cut his teeth with Roy Choi at LocoL, working his way up through the Alta restaurants in San Francisco; as someone from the land where shrimp and grits was founded, I’d say Corbin’s version is a flavorful innovation that relies more on herbs and quality ingredients than cheese and cream.

Chef Matt Molina (of Everson Royce Bar fame) has wasted no time getting settled in Highland Park. First he opened Triple Beam, a pizza-by-the-slice joint that uses shears to cut a slice to your liking, which they price by weight. There’s also a little courtyard where you can eat and drink canned beer. Hippo, his latest addition, is a trendy spot located at the back of the little complex. It’s nice enough to come off as chic, but it’s Highland Park, so you can still get away with being very casual. The food consists of well-balanced dishes that can be shared or ordered solo. The pancetta wrapped around the quail is a smoky complement that doesn’t overpower, the cappellacci is a sweet pasta dish that has a savory earthiness thanks to mushrooms and thyme, and the pastas themselves are expectedly superb given his stints at Del Posto, Campanile and Mozza. This spot is universal enough for many occasions, and has a great patio for al fresco dining, too.