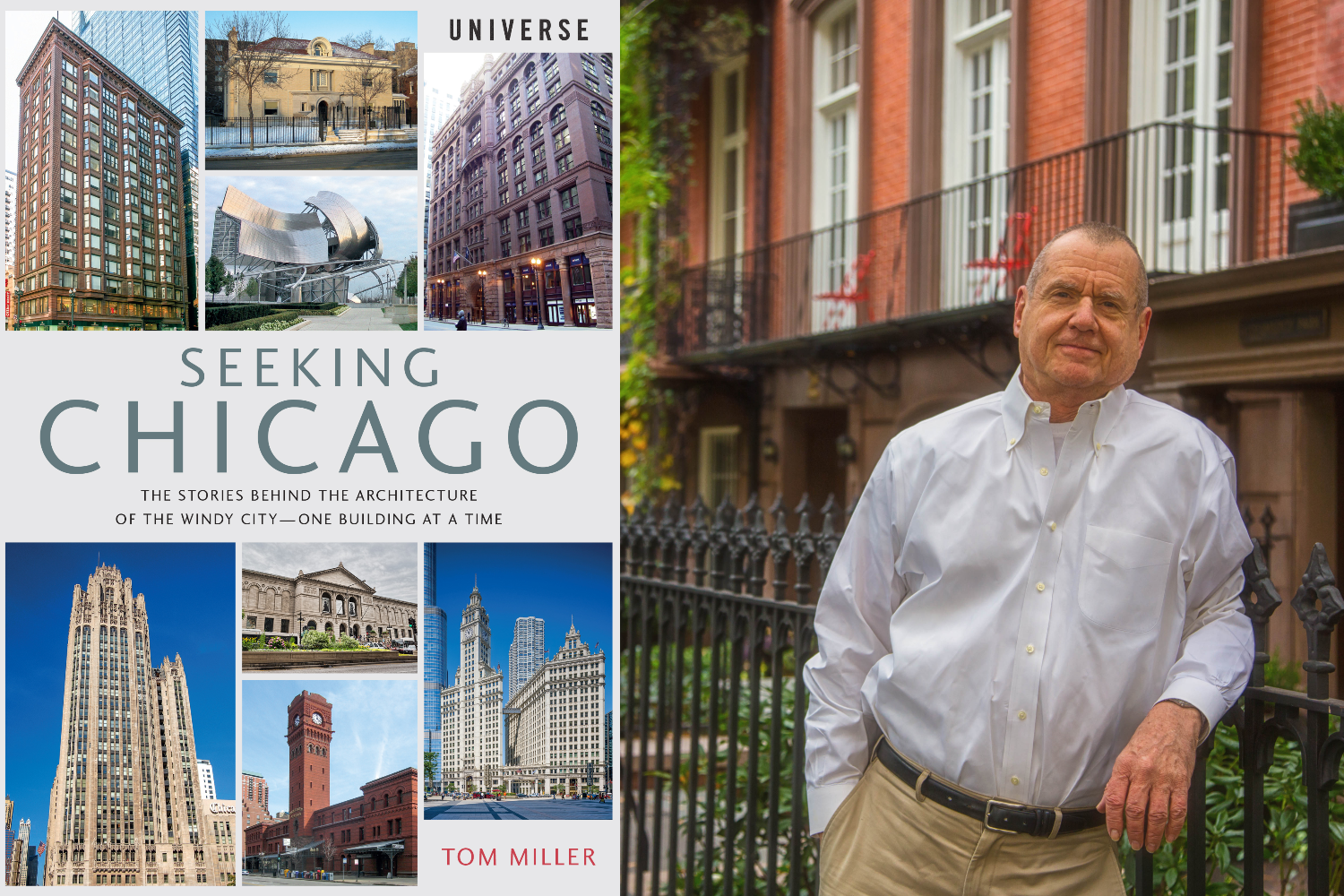 No matter how well you think you know the Windy City, there’s always some building, some landmark, that makes you wonder: What’s up with that thing?

Dayton-born New Yorker Tom Miller has made a career of figuring out exactly that, poking behind the facades of his adopted city with a pencil and pad in tow. Now he’s turned his gaze our way with Seeking Chicago, an insightful investigation of the structures that make the city America’s greatest architectural playground.

In the book, Miller doesn’t neglect the usual suspects (the Rookery, the Willis Tower, etc.), but better yet, sheds some light on places that don’t pop up on every design tour.

Here’s his take on five of those buildings — Chicago’s more underrated architectural landmarks, which you should check out the next time you’ve got some sunlight and a few hours to kill.

“Designed in 1939 by Walter T. Bailey, the first black architect in Illinois. Rather than having the expected Gothic spires and stained glass windows, Bailey’s marvelous Art Moderne, terra-cotta clad structure does not look like a church at all, but more like a sleek bus station. A truly remarkable building.”

“In 1929 architects Rapp & Rapp created a marvel — a 2,500-seat Art Deco structure inspired by Aztec architecture. Today, nothing is left of the façade, but it is no less eye-catching. Home to the Copernicus Center it includes the Solidarity Tower, a nearly exact replica of the 14th century, 135-foot clock tower atop the Royal Castle in Warsaw, destroyed in World War II. Inside, the priceless 1929 interiors have been carefully restored.”

“An incident only months after it opened in 1885 is a vivid reminder that Chicago was still a frontier town, the last outpost of ordered society on the edge of the wild West. A train coming in from Kansas City carried a passenger dressed in western gear and brandishing a Colt 6-shooter. Chicago police, notified by telegraph, were waiting when the train pulled in. A full-fledged gunfight broke out in the station, resulting in a stampede of panicked well-dressed Victorian citizens.”

“Architects Holabird & Roche created a near carbon copy of the 15th century Palazzo Contarini Fasan in Venice. Considered one of America’s best examples of Venetian Revival architecture, the house miraculously survived the wholesale demolition of the Lakeshore Drive palaces at mid-century, first being converted to apartments and now returned to a single-family residence.”

“Despite the remarkable contributions he had made to American architecture, in 1921 Louis Sullivan was essentially out of work. That year he designed his last building, a small, two-story music store with an apartment above it. The Krause Music Store is signature Sullivan, overflowing with intricate floral forms executed in light green terra cotta. Sitting amid a block of unremarkable early 20th century commercial buildings in a neighborhood not known for architectural treasures, the Krause Music Store is a show-stopper.”