For a month in 1984, a monster haunted the Denver suburbs. His identity is a mystery still today. 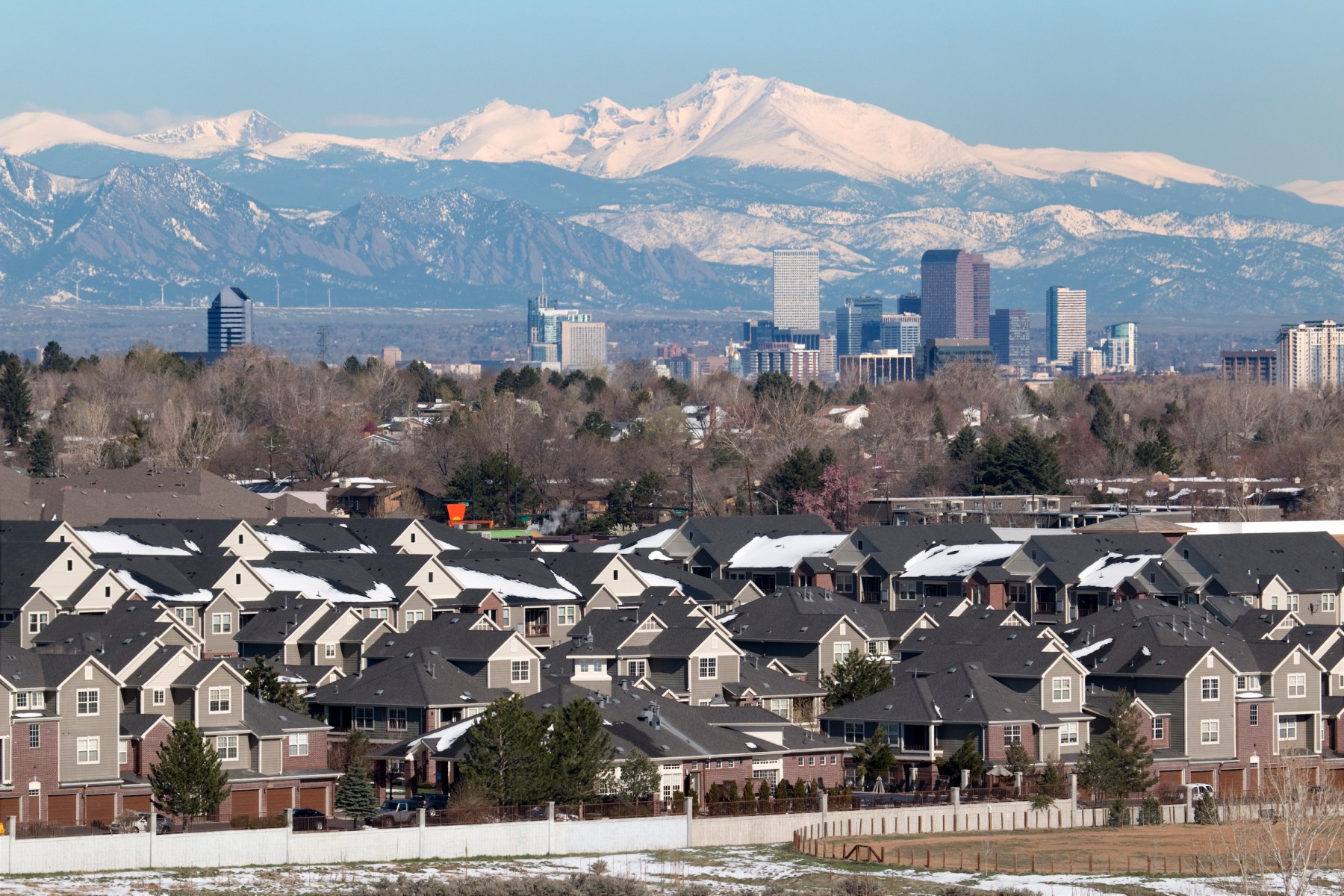 Update, August 8, 2018: Investigators have a suspect in this series of murders: Alex Christopher Ewing. Just two weeks after the attack on the Bennett family, Ewing was arrested for a similar crime in Arizona. While awaiting trial for that assault, he escaped custody and attacked a couple in their sleep. He was re-arrested and later sentenced for those crimes. He’s been in prison since 1984.

The January cold was as hard as the mountains west of the city. It was late, and it was surely silent like the spaces between the pinprick stars. There was, as always, snow on the ground.

Did he arrive under those stars wearing a heavy coat and shed it somewhere inside the house, then use it to hide the bloodstains when he left? In the dead of a Colorado night in January, did he even worry about being seen?

No one knows. And no one knows how he targeted any of his eight victims. They seemed random, tied together only by the method of assault and the fury—a fury that spiraled into a cataclysmic rage before he was done. A couple, two single women alone in their homes, and now, a family. Bruce Bennett, age 27, his 26-year-old wife Debra, and their daughters: Melissa, age7, and Vanessa, 3.

The three who survived his attack on January 4th—James and Kimberly Haubenschild and the single woman alone, Donna Dixon—weren’t much help later. One witness said the assailant was black, but DNA later revealed he was caucasian. Victims Patricia Smith and Donna Dixon were more than twenty years apart in age. Then there were the Bennetts, a young couple and their children. Only Vanessa survived that attack, even though he’d bludgeoned her with his hammer, too.

There wasn’t an obvious pattern save the race and socioeconomic status of the victims. 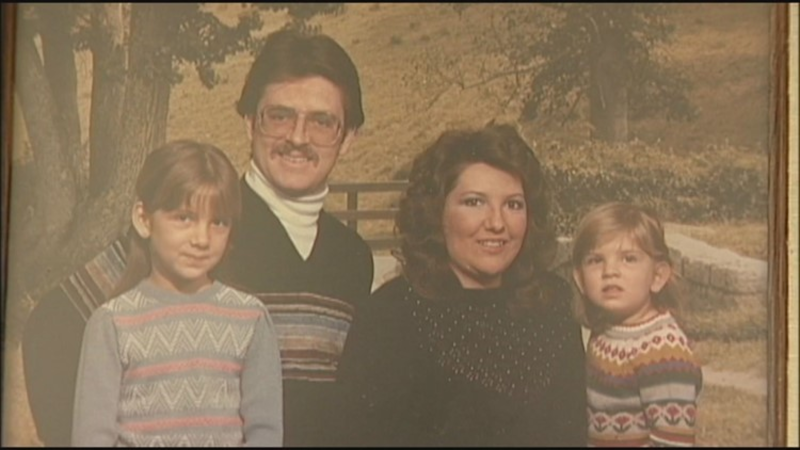 Still, motivations don’t really matter to police. They just want to catch killers. Killers as vicious as this one, capable of battering and stabbing eight victims, killing five, are at the top of the list. That’s why—if he’s still alive—the fact he’s been free since his inexplicable spree in January 1984 is unnerving, even though after 34 years it seems likely he’ll never return. Killers like this one keep going until they’re stopped by accident, illness, or a bullet. As far as anyone can tell, he didn’t continue killing.

Call him what you want: The Aurora Hammer Slayer, the Denver Hammer Killer, the Mile-High Killer. Call him the Devil. A catchy name doesn’t matter. What matters is that between January 4 and January 16, 1984, he committed a series of escalating, terrifying and brutal assaults in Aurora, Colorado. His death toll was close to the Zodiac Killer’s. He attacked more people than the Zodiac. Like Dennis Rader, the BTK strangler of Wichita, Kansas, he singled out a family for his worst rage, his greatest cruelty.

Yet even today the Hammer man is a ghost.

James and Kimberly Haubenschild left their garage door unlocked that day. It was just that simple. A man entered through the door and attacked the couple, fracturing James’s skull and giving Kimberly a concussion. It could’ve easily been explained as a burglary gone wrong, or the work of someone mentally unbalanced, wandering the neighborhood.

He found what he wanted that same day when he attacked flight attendant Donna Dixon. She’d just parked in her garage when he pounced. He struck her on the left side of her head. She fell, and he tore off her clothes, then raped her on the hard and cold concrete floor. She survived and in 2015 she told a Denver Post reporter “He beat my head against the wheel well.”

On January 10 Patricia Smith was found dead in her home at 12610 W. Bayaud Ave. in Lakewood, CO. Her killer had posed her body on her carefully folded Winnie the Pooh blanket. He had covered part of the head with it. She’d been posed as if in a coffin, her arms across her chest.

Patricia’s pants had been pulled down and a hammer lay beside her.

Bruce Bennett encountered the killer on the stairs, and he immediately put up a fight. Bennett had spent four years in the Navy. He was said to be a quiet man, but few leave the military without some knowledge of how to defend themselves. Later investigation indicated the killer overwhelmed him, yet still, Bennett fought. He fought the shadow on the stairs as his throat was slashed. He fought as his attacker struck him repeatedly with a blunt object, which investigators believe was a hammer. He kept climbing the stairs until his strength was gone.

Then the killer had Debra, Melissa, and Vanessa to himself.

He attacked Debra, viciously beating and raping her before killing her.

He moved on to Melissa next. He bludgeoned and raped the girl, at some point lifting her pajama-clad body from her bed. As he did this, a label embroidered on his shirt left an imprint in the blood on her clothing.

He battered Vanessa with the hammer, but she survived with a skull fracture and badly broken jaw—shed been struck so hard she nearly choked on fragments of bone.

The killer left, discarding the contents of Debra’s purse as he crossed the snow-covered yard.

As far as anyone can tell, he never struck again. But perhaps unknown to him, he left evidence behind.

Of course, among that evidence was semen, which would later provide DNA. But there was also the imprint from his shirt, which police held back for years. Then in 2015 Donna Dixon—now Donna Holm—called for the evidence of that imprint to be released. The DNA evidence has never matched any profiles in a national database, so many, like Holm, feel certain the letters he’d left by contact with Melissa could be the key to solving the case.

An unnamed source revealed this evidence to the Denver Post, and it’s difficult to determine if it could help or hurt the case. Over the years labs in the United States and Canada have analyzed the letter forms from Melissa’s clothing and come up with two solutions. Analysis done in an Arizona lab concluded it was a partial name: “RICHAR.” The same analysis in a Canadian facility reported a confusing result: “PETAW-C.” Among the online sleuths who do discuss the case, this particular clue is intensely interesting, as it presents a simple route toward determining who this faceless monster really was.

The DNA profile might be just as helpful. Created by Parabon NanoLabs, it revealed a fair-skinned, dark-haired man with blue or green eyes. He had northern and central European ancestry from the United Kingdom, Germany, and Russia. Some Parabon profiles have remarkably successful, but they deal in percentages, like traits. They don’t account for people who sometimes have features that are statistically unlikely based on their DNA—a man whose profile predicts he might have dark hair but he’s a redhead. Parabon also admits there’s no accounting for weight gain or disfiguring injury.

The question that remains, that burns through any account of this murder spree, is why did it stop? As multiple investigators have said in newspaper interviews with the Post, criminals with such obvious sexual pathologies don’t stop until they’re dead.

Did the Hammer Slayer burn out, exhaust his rage? Did he leave the country, stepping beyond the limits of 1984 methods of investigation?

He’s still a shadow. He left no intriguing puzzles or cryptic notes. Never taunted police or the press. He seemed to kill at random—he saved his worst cruelty for female victims, and they ranged in age from 7 to 50. So, he hated women. Most serial killers do.

The Aurora Hammer Slayer was a nightmare. One whose cruelty fully merited calling him a monster. Hopefully, he’s just dead. Hopefully, he died in pain. Otherwise, he’s still out there, and no one knows if he’s still young enough to begin again.