8 People Who Almost Got Away With It — But Didn’t

We look at some of the criminals who lived free, until they got caught.

For some reason, we humans are all obsessed with crime. We love true crime documentaries like Making of A Murderer and eat up every podcast about convicted murderers who could be innocent, like Serial.

Why is that? Scott Bonn, a criminology professor at Drew University and author of Why We Love Serial Killers, writes that “people also receive a jolt of adrenaline as a reward for witnessing terrible deeds.” In an article for Time, he continues, saying, “The euphoric effect of true crime on human emotions is similar to that of roller coasters or natural disasters.”

Since we love crime as much as you, probably because of that adrenaline rush, we at RCL decided to take a look at some criminals who almost got away with it — some of them even lived free for decades — but eventually got caught. Take a look below. 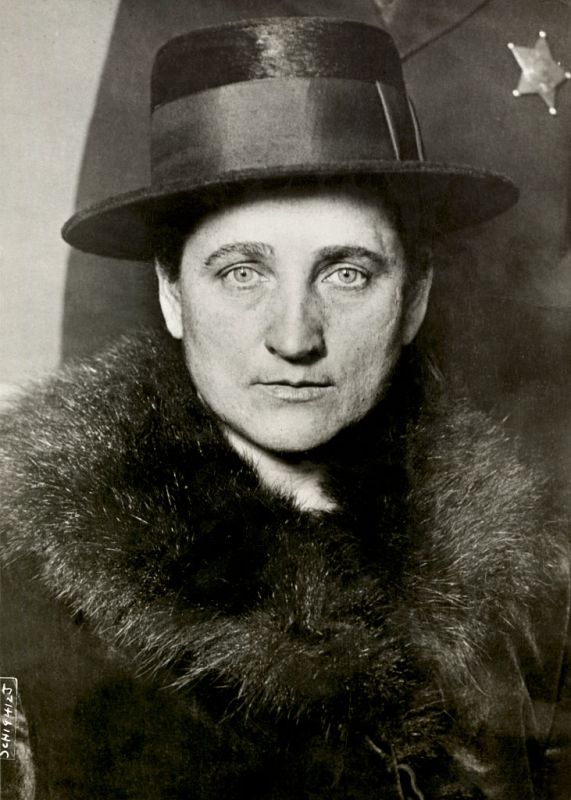 Photo of Mrs. Tillie Klimek, Chicago’s “Lady Bluebeard,” who has been sentenced to life imprisonment for the murder of her third husband. She is the fifth woman to be convicted of murder in Illinois and the first to be sentenced to prison for life. No fewer than 28 other women in the state, who have been tried for murder, have been acquitted. Most of them had been accused of killing their husbands. (George Rinhart/Corbis via Getty Images)
Corbis via Getty Images

Tillie Klimek was a serial killer in Chicago, who would tell her victims that she had precognitive dreams, accurately predicting the dates of death of her victims. But in reality, she was just scheduling their deaths. She killed several husbands, an ex-boyfriend, neighbors and even a dog with arsenic poisoning. It was only after her fourth husband became ill that people started to suspect something was up. Authorities exhumed the bodies of her late husbands and found they all contained lethal doses of arsenic. She died in prison on Nov. 20, 1936. 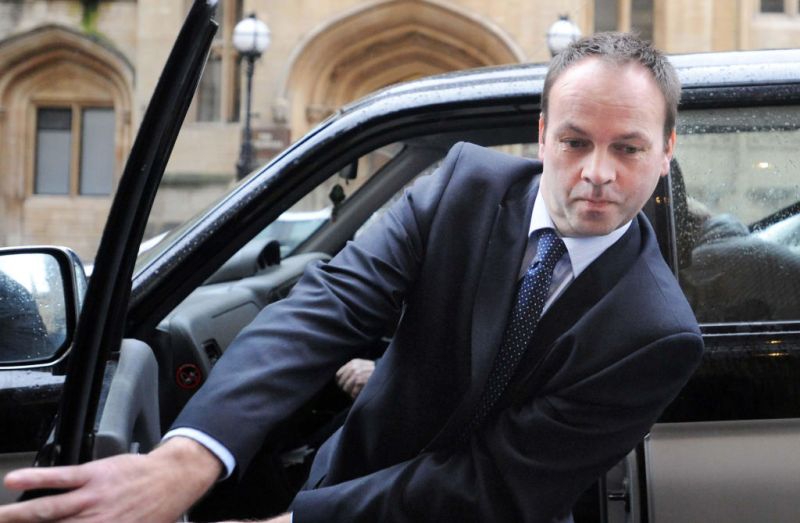 Adrian Prout, a millionaire, almost got away with murdering his wife. Prout killed his wife, Kate Prout, during an argument about their impending divorce, but police couldn’t locate her body anywhere on their 276-acre farm. But then his new girlfriend convinced Prout to take a lie detector test to prove his innocence. He failed the test. He confessed to the murder soon after, and showed authorities where his wife’s body was, almost four years after he killed her. 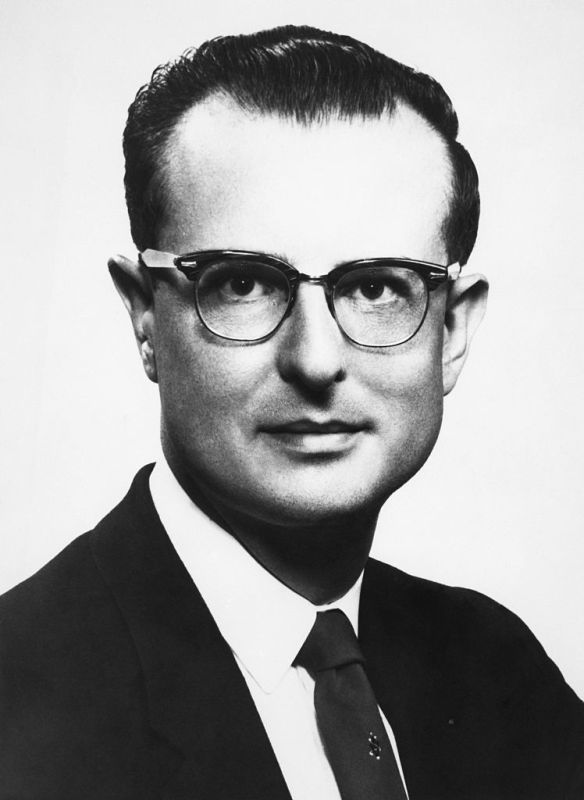 Insurance executive John List was sought by police on suspicion of murder after the bodies of his wife, mother, and three teenaged children were found shot dead in his Westfield, New Jersey, home.
Bettmann Archive

John List almost got away with killing his entire family. On Nov. 9, 1971, he murdered his wife, mother and three children in their home in New Jersey. He then disappeared and eluded justice for nearly 18 years after assuming a new identity and re-marrying.

List had planned the murders so that nearly a month passed before anyone suspected something was wrong. A nationwide manhunt was launched. But then nearly two decades later, the murders were recounted on Fox’s America’s Most Wanted, and List was located and arrested in Virginia less than two weeks after the episode was aired. He died at age 82 while in prison custody. 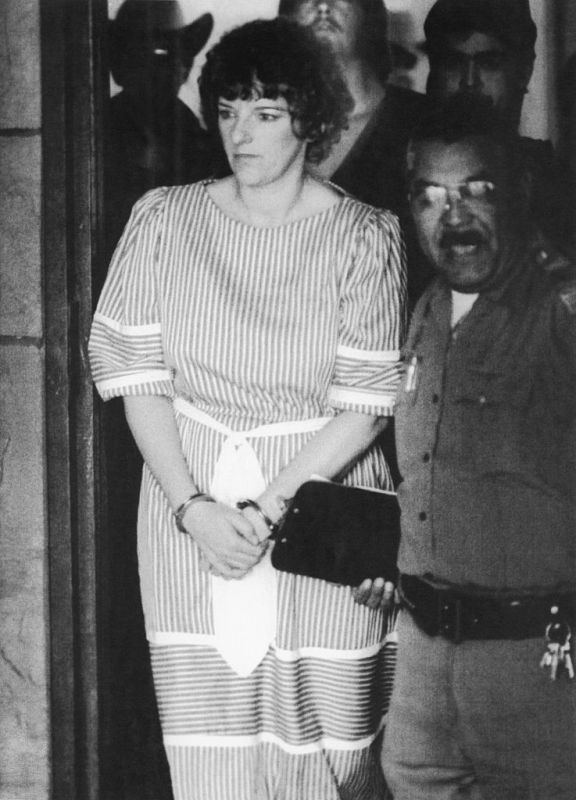 Convicted baby killer Genene Jones, shown here after a pre-trial hearing on October 1, 1984. Jones is thought to have murdered between 11 and 46 infants in her care, between 1980 and 1982. She was convicted of killing one infant, Chelsea McClellan, and nearly killing another, Rolando Jones, earning her a 159 years total in prison.
Bettmann Archive

Genene Jones was a pediatric nurse in the 1980s, who injected the children and babies in her ward with drugs such as heparin. This made her patients experience some sort of medical crisis, and Jones would swoop in and save the day. Her patients’ parents would be overjoyed, and Jones was a hero. But this plan didn’t always work out perfectly, and sometimes the patients died. She worked at the Bexar County Hospital, and at first, the large number of deaths attached to her name did not raise suspicion, she was just asked to leave because of lack of qualifications. But then a pediatrician’s clinic in Texas became worried after six children died on her watch. Among the evidence that led to Jones’ conviction were injection puncture marks found in a bottle of succinylcholine that only she and the head doctor had access to.

Klaas Faber was a Dutch native and a Nazi collaborator. He was convicted in the killing of Jews and resistance fighters in his homeland during World War II, but this story is a little different. Because even though he didn’t fully get away with his crimes, he escaped to Germany and lived there, a free man, until he died at 90-years-old. Germany refused to extradite him on the grounds that he had German citizenship under an edict issued by Hitler in 1943 conveying it on foreigners who had aided the Nazi war cause, according to The New York Times.

Faber and his brother, Pieter Johan , joined the German SS death squads that operated in the Netherlands when the Nazis occupied the country. They were convicted in taking part in killings at three Dutch locations. Both brothers were sentenced to death, and Pieter Johan was executed by a firing squad. But Klaas Faber got his punishment commuted to a life sentence because there was not enough proof he personally had been involved in killings. In 1952, Faber broke out of prison and made his way to Germany. 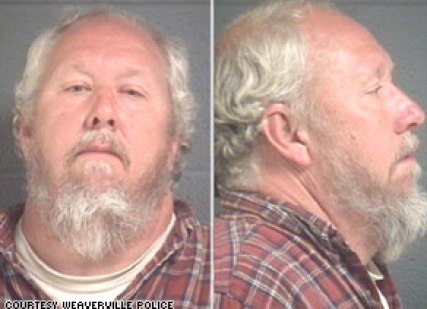 Bennie Wint, who faked his own death to avoid a jail sentence. (Waverly Police)

Bennie Wint faked his own drowning in 1989 to avoid an assumed jail sentence. He was on vacation with his fiancé and daughter in Florida when he went for a swim and never came back. But then, 20 years later, he was stopped for a traffic violation. He gave a fake name and was arrested on suspicion of driving without a license and giving false information. He eventually opened up and explained that he had been on the run for two decades. Wint explained he had been “paranoid” about his narcotics-related activity at the time of his disappearance. 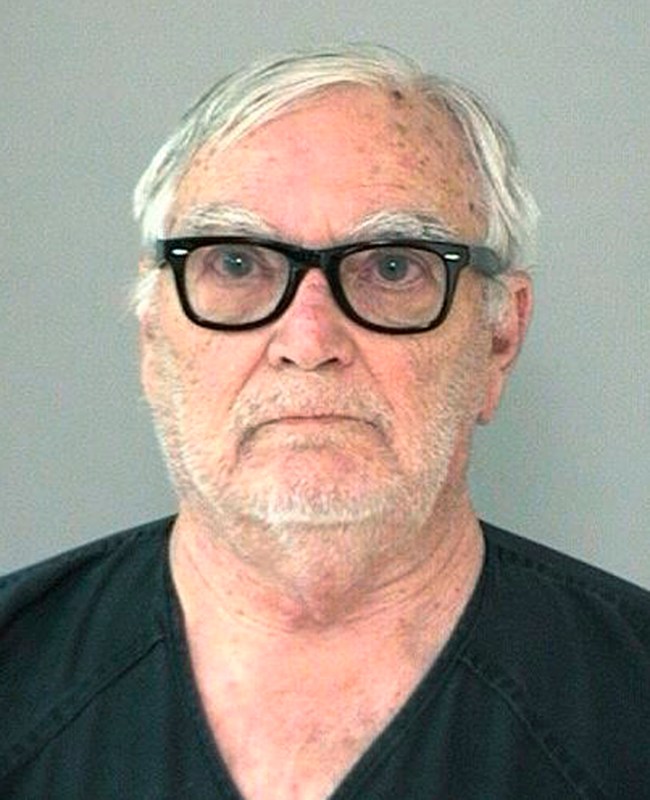 This undated photo provided by the Fort Bend County Sheriff’s Office shows Donnie Rudd. Rudd, who prosecutors say used his upstanding reputation to convince authorities 45 years ago that the crash that killed his wife was an accident has been convicted of first-degree murder. A Cook County jury on Monday, July 2, 2018, found Rudd guilty of murder in the 1973 death of Noreen Kumeta Rudd in Barrington Hills, about 40 miles northwest of Chicago. (Fort Bend County Sheriff’s Office via AP, File)
AP

Just a month after 31-year-old Donnie Rudd married 19-year-old Noreen Kumeta Rudd, the teenager was found dead on a country road. She left behind $120,000 in life-insurance benefits to her husband, who wasted no time in moving in with a different woman. But Donnie Rudd was not charged until he was 76. His wife’s death was initially ruled an accident in 1973, but then in 2013, it was classified as a homicide after an autopsy. Rudd was charged with first-degree murder in 2015. 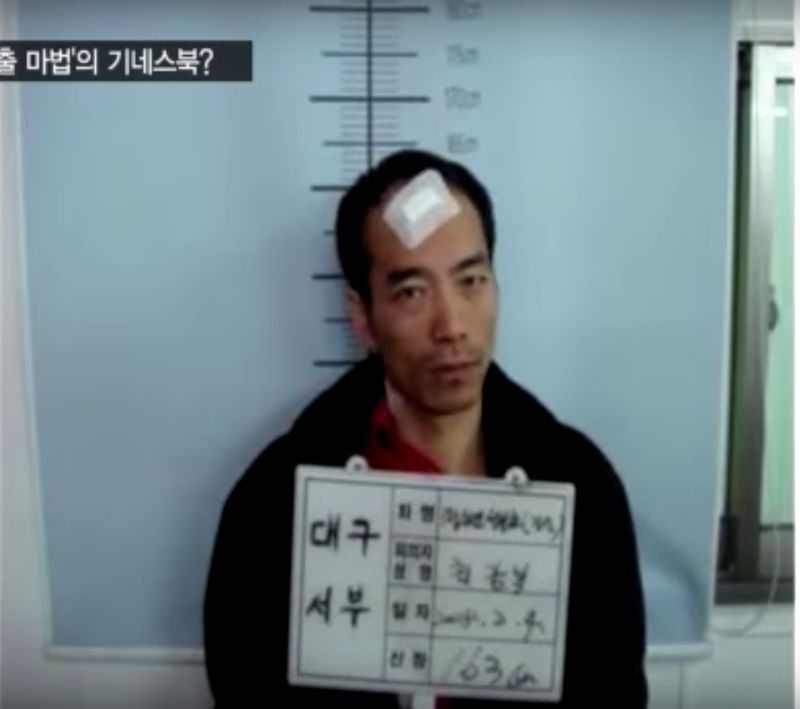 Choi Gap-bok had practiced yoga for 23 years, so when he was arrested on suspicion of robbery, he waited until the prison guards were asleep before slathering himself with oil and slipping through a minuscule food slot at the bottom of the cell. Gap-bok had been in prison for five days before he attempted his escape. It took him just 24 seconds to slip through the gap, which was just 5.9 inches tall and 17.7 inches wide. He put blankets and pillows in his bed to make it look like he was in there sleeping. Unfortunately for him, he was found six days later and put back in prison. 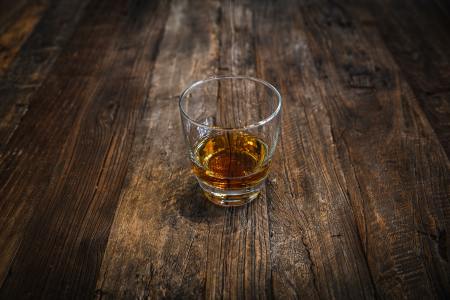