The 8 Most Decadent Sandwiches in Chicago

A look at the most absurd creations around town, from caviar to breaded steak to "Roman style" grinders

Yep, you're looking at a caviar sandwich
Galdo Photo
By Amanda Topper @amandatopper 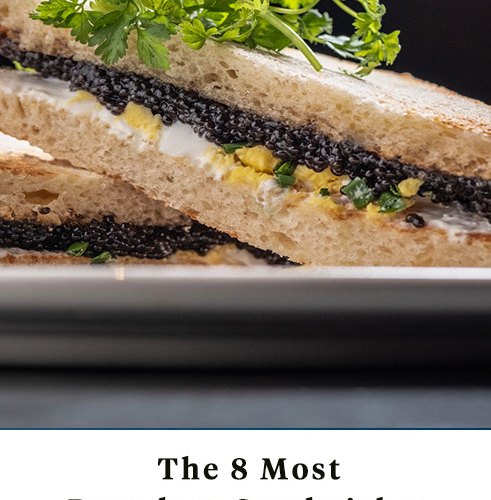 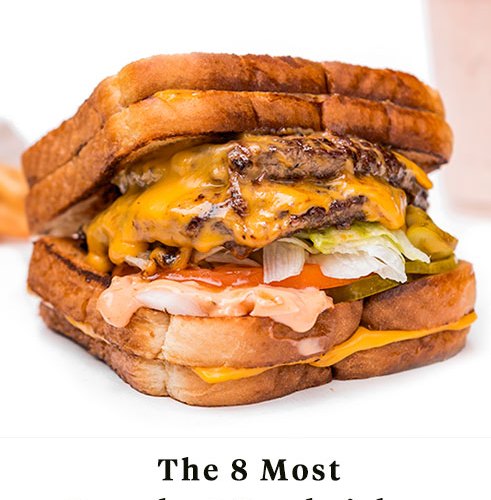 As sweater weather approaches, we tend to turn toward some truly indulgent eats. And what easier way to indulge than in sandwich form?

We’re talking piled-high meats, “loaded” toppings and the sturdiest of buns to hold it all together. From fried chicken on donuts to a new caviar-studded sando, here are eight of Chicago’s most decadent sandwiches. Eater beware: You might want to consult with your doctor before embarking on this bucket list.

Owner Amy Morton recreates one of her favorite sandwiches from the famous Grand Central Oyster Bar in New York City for The Barn’s appetizer menu. The sandwich is simple yet decadent, and features Wild American Bowfin Caviar, a farm egg and creme fraiche, all sandwiched between toasted bread. At $18.95, it’s a way to enjoy a bit of luxury without too much sticker shock.

Some say that if it ain’t broke, don’t fix it. One might say that about a classic peanut butter and jelly sandwich. But the beer haven known as Hopleaf Bar has elevated this childhood favorite with housemade cashew butter, fig jam, raclette cheese and sourdough, all pan-fried to perfection. Adding to the indulgence are a side of Stilton mac-and-cheese and housemade potato chips.

The secret’s out: you can order any sandwich at M Burger “Roman Style” off their secret menu. What’s “Roman Style”? It’s when you swap in two grilled cheese sandwiches for a standard bun, because three sandwiches are better than one. We recommend the Hurt Burger Roman Style, topped with BBQ mayo, pickles, onions and raw jalapeños.

While it’s just north of Chicago city limits, Kaufman’s Deli is worth a trip for its massive deli sandwiches. You can build your own or try one of Kaufman’s standard combos, but it’s the Bubbe’s Kitchen Sink that affords you the best of both worlds: your choice of a whopping five meats piled high. Will it be the pastrami-corned beef-turkey-salami-brisket sandwich? Or the roast beef-chopped liver-pastrami-bologna-turkey? The choice is yours — which also goes for the bread options (there are 12 to choose from).

If there’s one thing that’s certain, it’s that the classic sweet-and-salty flavor combination can never be wrong. Take the Sweet Heat sandwich at Do-Rite Donuts. Start with a crispy, juicy piece of fried chicken, top it with lettuce, pickles and mayo, and then cradle it between two halves of a glazed donut. Want to start your day with a bang? All breakfast sandwiches can also be served on a donut instead of a bun for an extra buck.

Cheesie’s is equally well-known for its various takes on the classic grilled cheese as it is a a late-night drunchies destination. True cheese lovers should opt for The Mac: a hearty mac-and-cheese grilled cheese oozing with gooey American cheese, cheddar cheese spread and housemade mac between buttered Texas toast. Tomato soup dipping sauce is served on the side to make it a complete meal.

While you may immediately think to order a steak at Prime & Provisions, you should also consider one of their decadent seafood options, like the Lobster Club. Lunchtime is the only time you’ll be able to secure a bite of this loaded sandwich served on toasted brioche with Prime & Provisions’ famous housemade bacon, tomato, avocado, lettuce and a heaping portion of succulent lobster meat.

Wear your stretchy pants to this cash-only spot famous for its creole offerings. Sure, you can have gumbo, crab cakes and po’boys, but bring your appetite for the Italian Breaded Steak Sandwich, with fresh mozzarella, New Orleans pork neck-bone red gravy, and housemade giardiniera. You’ll need both hands to devour this hefty sandwich, or you know, you could share with a friend.