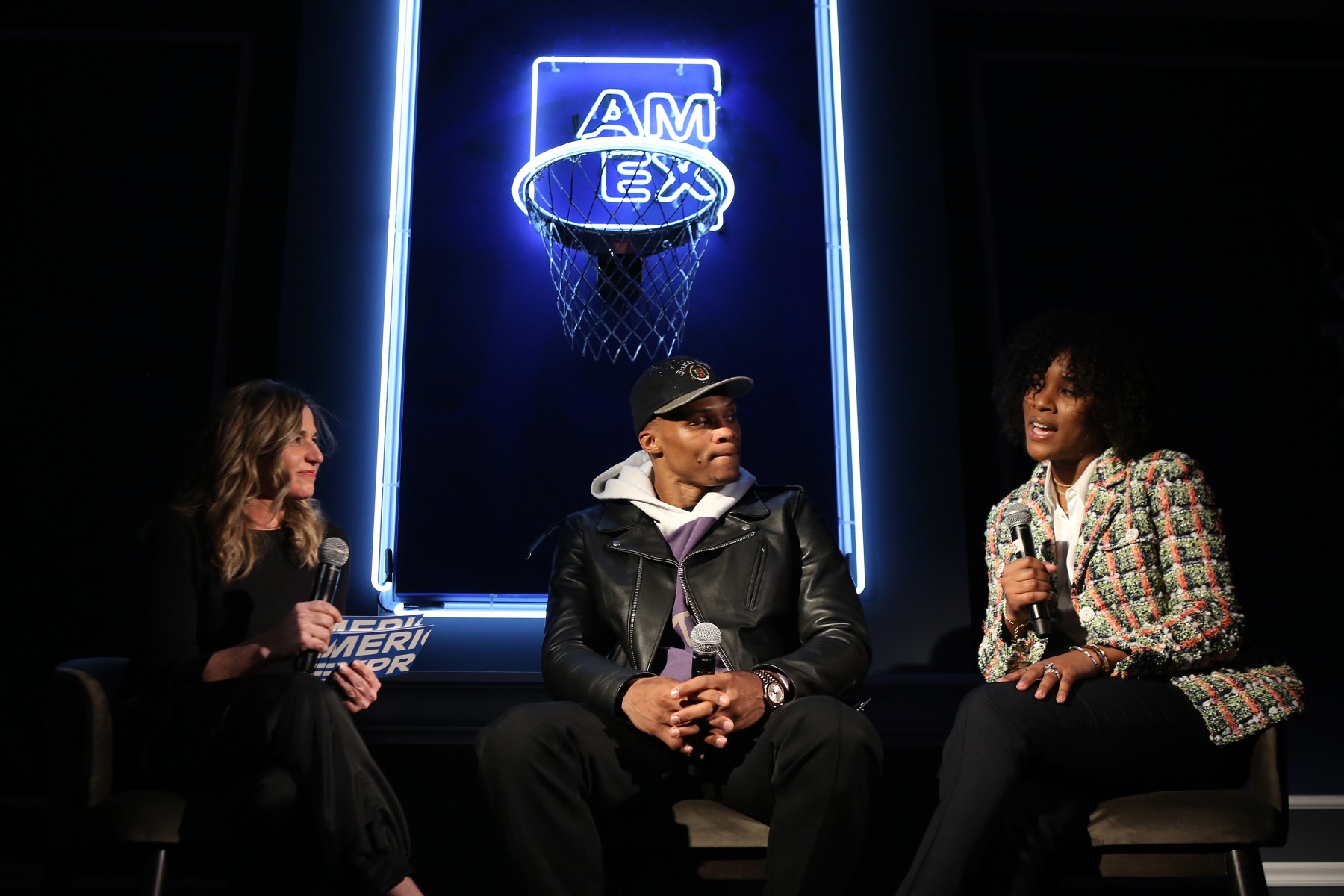 The Violet Hour has attained a sort of grande dame status in Chicago as one of the earliest establishments to design a genuine cocktail program in a city populated by places where you’re more likely to hear an order for an Old Style and a shot of Malört than a Martini served in a chilled coupe glasses. Both kinds of drinking establishments are fine and venerable, of course, but Violet Hour brought a sense of refinement to drinking, and then a host of imitators followed in their steps. Now, well over a decade later, it’s still one of the city’s hotter spots; but on the Thursday before the NBA All-Start weekend is set to start, it’s nearly impossible to get into.

“It looks like an entirely different place,” one bartender tells me.

For three nights this past weekend, The Violet Hour was transformed into the American Express Dining Pop-Up, a low-key but high-energy series that brought together three of the city’s best-known restaurants with NBA stars, small business owners and, of course, cocktails. It’s the new generation of networking parties, a forward-thinking way to thank cardholders but also give people an opportunity to schmooze and also maybe learn a thing or two.

On the second night, Paul Kahan, owner of The Publican, one of the three retaurants that served guests over the trio of evenings, expressed admiration for the whole thing. “It’s a great way to bring people together,” he says as one guest walks over to shake his hand and compliment him on the short rib. He talks up how much American Express has done for him and his partners, especially in the early days of the business, but is quick to point out that there really aren’t many events like the one we’re both sitting at.

He excuses himself. He has to go introduce the guests of the evening: Russell and Nina Westbrook. The All-Star and his wife are there to talk to the 100-or-so lucky guests about everything from how they met to basketball to Nina’s Oklahoma boutique, The Little Ark.

The crowd is pretty quiet through their spiel, which is impressive when you consider the combination of booze and that the point of the party is for people to connect. But once they’re done, the talking resumes. This is pretty much the way it goes all three of the nights, including the first, when CJ McCollum of the Portland Trailblazers spoke with Chef Stephanie Izard of Girl & the Goat in a free-flowing conversation that was focused mostly on what Izard does. The only real basketball talk came when an audience member asked how McCollum liked playing with Carmelo Anthony. Even that answer came with a mention of wine, with McCollum noting that he’s enjoyed a few bottles with his vinophile teammate.

Each night was different from the one before. Izard and McCollum’s night was more rollicking, with a handful of out-of-towners getting to see what the Chicago food scene is really about beyond hot dogs and deep dish, and people from different parts of the business community getting to meet face-to-face instead of sending emails or Linkedin messages. This is really the next phase in live networking: a social gathering with added experiences that make the whole thing unforgettable. You get to be in the same room as world-class chefs and athletes, but you also get to eat and learn something. You come away with new contacts, but you also have a good time.

And variety is really the name of the game at this sort of event. Looking around the room, you’ll see everything tailored suits next to streetwear, and men and women in equal numbers. And listening in on conversations demonstrates that attendees have come from all over, both geographically and in terms of what they do for a living. Tech people mingle with owners of a popular sneaker shop, restaurant owners get tips from Izard when she’s done with her interview … oh, and Shaq is there. He’s just hanging out, eating food like everybody else.

The crowd is receptive to all of this. As Shaquille O’Neal gets ready to say hello to Westbrook as the former MVP and his wife walk through the front door, one guy turns to me and says, “This is great.” He’s in awe of the big man, but he seems just as taken aback by the occasion itself. He tells me he’s partner in a few places in the city — a bakery and two restaurants. He’s a small business owner, and yet here he is rubbing elbows with Shaq and his agent. I ask him what these sort of parties mean to him as a local entrepreneur. He says it’s good from a business standpoint, that it’s nice to know that the credit card he uses would go through all the trouble to put together something as big as the pop-up, but he mentions that it’s parties like these that really bring people together. I ask him if this sort of IRL interaction is still important in the digital age. He smiles and just says, “You can’t really put a price on it.”

I’m just there as a fly on the wall. I have no stake in any business dealings, but I’m interested in how these sort of parties work. We’re so quick to just dash off an email or a DM on Twitter and think that’s how we can get things done, hardly giving a thought to going out and entertaining as a means for facilitating new and lasting partnerships. In that world, any event — and especially a trio of them that take place over a hyper-sensory experience like NBA All-Star Weekend in a city like Chicago — has to do a lot to not only be unforgettable, but to have impact on the attendees. It needs to be an experience in every sense of the word. And that was accomplished, but it also showed that you truly can’t beat a night out, that the best way to talk and meet other people is still going out and doing it in person.