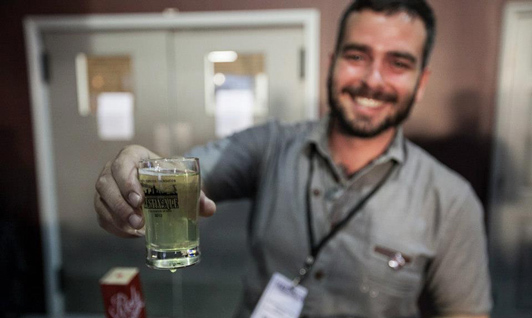 The season of fall beer festivals draws nigh. And with that, fall beer drinking. Below, your guide on which festival to attend, with convenient categories to help you choose wisely. Cheers, buddy. 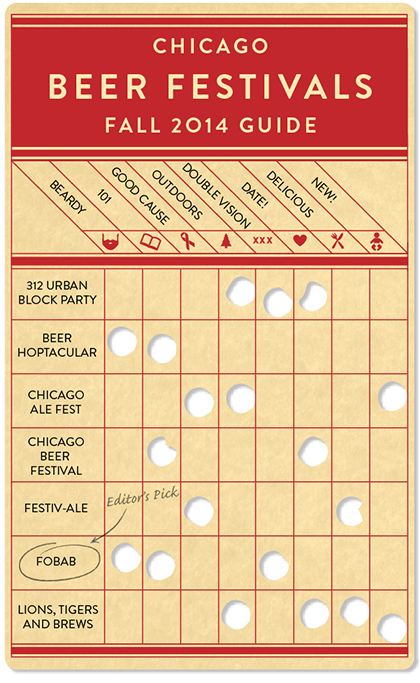 FoBAB – University Village 11/14-15 – Editor’s Pick! The Wall Street Journal says barrel-aged beer is making a comeback. We say it never left. The Festival of Wood and Barrel Aged Beer is a grand celebration of all that is aged in wood. One-off experiments. Highly sought-after rarities that’ll never see a bottle. Pace yourself here. ABV threat is in the red. Tickets go on sale today at 10 a.m.

Beer Hoptacular – Uptown 10/11-12 – Now in its fifth year, Beer Hoptacular returns to the Aragon Ballroom for two days of sudsy excellence. There’s the annual Homebrew Challenge. And just for kicks: Beard Hoptacular, in which a theater full of bristled beer lovers fight over one razor. Or bragging rights. Tickets here.

Chicago Ale Fest – Grant Park 9/19-20 – Solid lineup for Chicago Ale Fest’s inaugural year. And seeing it’s in Grant Park, an ideal fest for noobs who like to drink leisurely. Read: elbow room. Brews from Sierra Nevada all the way down to Pipeworks. Portion of the proceeds will go to support the Grant Park Conservancy. Tickets here.

Chicago Beer Festival – Union Station 9/13 – Easy and laid-back. And drinking at Union Station is more fun than you think. First three breweries you should queue up for: Off Color, Transient and Penrose. Pro tip: sour and light sessionable ales are a thing right now. Tickets here.

Festiv-Ale – West Loop 9/12 – Where the chefs of Three Aces, Bottlefork and Sunda come out to play. Best food of all the fests bar none. Great cause. Silent auction with a lot of fantastic items related to the craft beer industry. Roster is short, but quality. Tickets here.

Lions, Tigers and Brews – Lincoln Park 9/12 – Craft beers and the zoo. Now that’s a date. Games for entertainment, animals for at least one “awww” and food trucks — Haute Sausage and the Pierogi Wagon will be there — for grub. Tickets here.